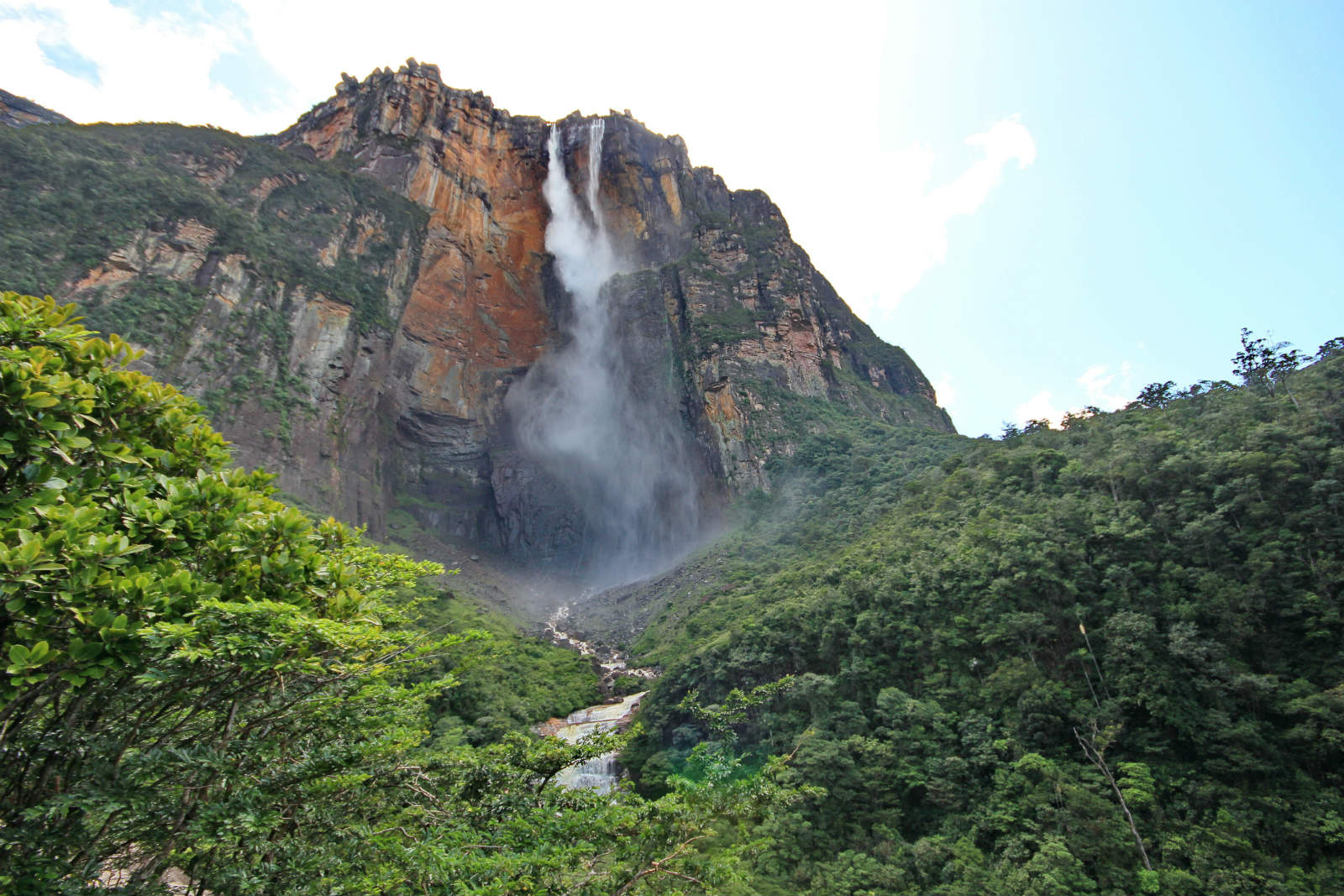 Venezuela is a country of great contrast. The Gran Sabana region in the southeast home to the world’s tallest waterfall, gushing over a drop of 3,212 ft, dubbed the “lost world” by the 19th century author Arthur Conan Doyle. Venezuela also contains the longest Caribbean coastline of any country, with plenty of idyllic sandy beaches and opportunities for diving and snorkeling the glorious coral reefs. Western Venezuela is the start of the great Andes Mountains, with summits reaching a colossal 16,500 ft.

Angel Falls has long been a major attraction in Venezuela, located in the remote Canaima National Park in the southwest region. Due to the isolation, the usual way to reach the falls is by short flight from the nearest city of Ciudad Bolivar. Once at the site, many choose a helicopter ride to witness the grandeur of the world’s tallest waterfall. Trekking up Roraima, one of the rock plateaus known as tepuis that juts through the forest, is rewarding in a surrounding park that is the sixth largest on earth.

Venezuela is a vast country, and wildlife spotting and birding are available in the Gran Sabana region (around Angel Falls), the great plains of Los Llanos, the Orinoco River delta, the Amazon rainforest, and the mountainside of the Andes. The country is also tropical, lying north of the equator, and is home to an array of beautiful islands. Many visitors take advantage of the windsurfing and other water sports.

Because it lies just above the equator, Venezuela has a tropical climate that is consistently warm throughout the year. There are wet and dry seasons, however, and they are dictated by the environment's altitude and landscape. Around Caracas the dry season lasts roughly from December to April, an it is coolest and wettest from January to February. In the southwest region the dry season lasts a bit longer, from November to May, the Andes' dry season is October to May - but the Caribbean coast and islands are pretty much dry throughout the year. The best time to visit Venezuela is dry season: September, when the rains start to subside, tourism picks up fast and doesn't slow down until April.

Venezuela offers great accommodation options and hospitality, ranging from Western-style hotels in the larger cities to the tranquil beachside villas on the coast and remote jungle lodges built for ecotourism. Although the country has never experienced the volume of foreign visitors that many other Latin America countries have, they fully appreciate any overseas travelers and welcome them with open arms. Take the opportunity to visit Venezuela now, before its hidden gems are discovered by the masses.

Venezuela is a very accessible country, with direct flights coming from several major cities in the US, Canada and Europe. The main international airport is located in the capital, Caracas, with a second major hub in the western city of Maracaibo. There are twelve other domestic airports so flying is an easy way to get around. The country also boasts a good road network, with historically low fuel prices (it is an oil producing nation), making independent travel by car an attractive option. Otherwise there is an extensive bus network providing a cheap and reliable service linking all major destinations.