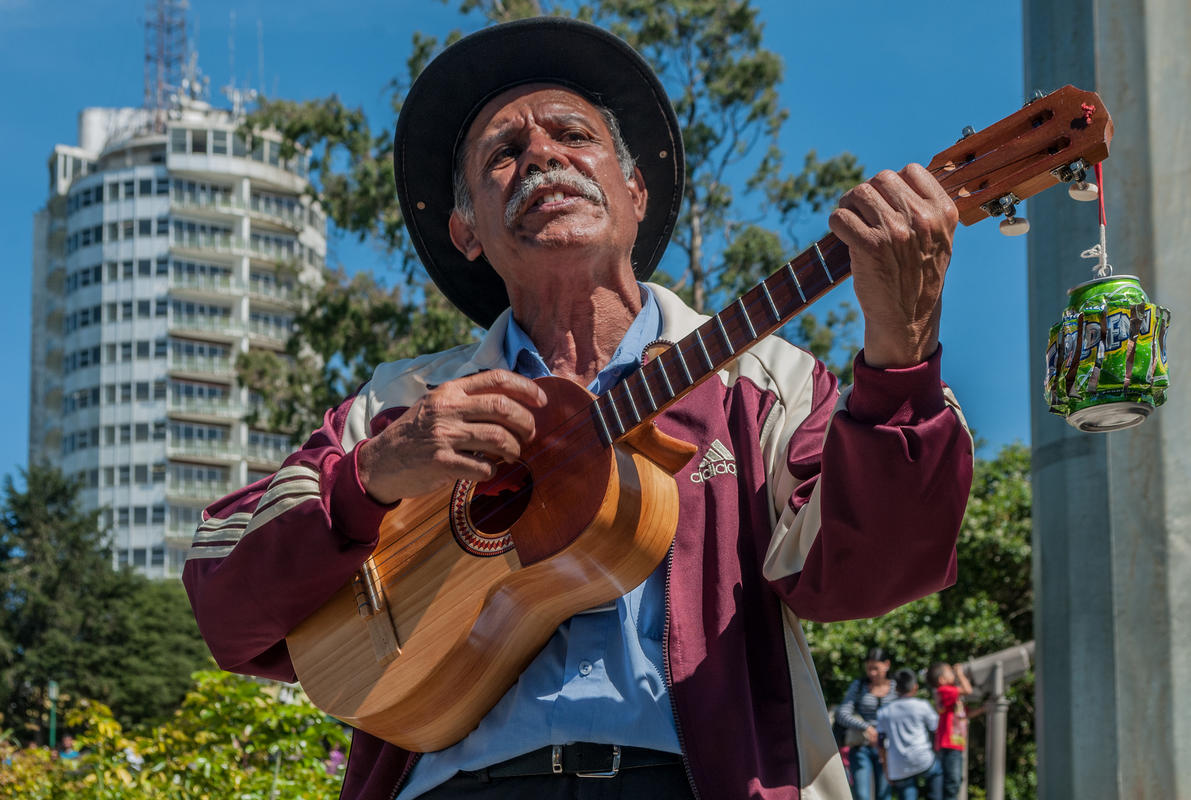 Venezuela is mostly known for its huge quantities of oil, which has given it prestige and global importance. It has aligned itself with OPEC, an intra-national organization concerned with oil production, bestowing upon it political leverage with members in the Arabian Gulf states. Outside of that Venezuela is a bit of a cultural hodgepodge: part Caribbean, part Andean, part Amazonian, certainly Latin American, and most definitely individual. The dare to be different philosophy can be seen in the recent brash politics of Hugo Chavez, the country’s leftist leader, who has left a controversial impact on the world stage. When most people think of Venezuela however, most often what crosses their mind is it’s impressive soccer talent and the beautiful ladies, having produced a fair number of winners of the “Miss World’” pageant over the years.

The country’s official name is the “Bolivarian Republic of Venezuela” since it was once part of a grand scheme of Latin America liberator Simon Bolivar, called “Gran Colombia.” Bolivar was a visionary whose dream was to create one powerful South American entity, after abdication from the Spanish Empire. The state of Gran Colombia was established in 1821, consisting of the present day countries of Venezuela, Colombia, Ecuador, and Panama, but by 1830 Venezuela had gained full independence. The Spanish colonized it in 1522, and Venezuela was the first country to break free from the empire in 1811.

Venezuela was first discovered by the Spanish during Christopher Columbus’ third voyage in 1498. He arrived near the Orinoco Delta, and landed in the Gulf of Paria. It was not until a quarter of a century later that the Spanish Empire made a full claim to the territory. They were met with resistance from indigenous tribes, with the last major battle occurring inland on the Orinoco River in 1776, but still succeeding. Caracas was established as a stronghold to defend against Caribbean piracy as the Spanish exported their riches to Europe.

Inspired by the French Revolution, Venezuelans tried to claim independence in 1811 in an uprising which was sorely rejected. It was not until 1821 that sovereignty was attained thanks to the visionary Simon Bolivar, who came from neighboring Colombia in 1830. Due to a lack of strong leadership from the empire that had controlled the country for nearly three hundred years, plus the breakdown of “Gran Colombia’” Venezuela was left in a state of political turmoil for the remainder of the 19th century.

Although power was held centrally in Venezuela mostly by a series of dictatorships, the reality was that the 19th century saw the country being dominated by regional militaristic strong men called “caudillos.” This situation continued into the 20th century, staging coups to seize power. Led by these proud dictators, Venezuela entered a battle with Britain, Germany and Italy at the start of the century, but it was the discovery of oil deposits during WWI that really put them on the map. Unfortunately, this led to even more corrupt politics, a situation that still going on today.

A series of military coups and power struggles continued after WWII, where the Venezuelan economy was at the mercy of global oil prices. By the 1980’s the country was suffering from economic crises leading to much civil unrest, including the Caracazo riots of 1989. In 1992, present day leader Hugo Chavez attempted two military uprisings, which were quashed, yet somehow he was democratically elected again in 1998 and has remained in power ever since. Chavez’s leftist ideals draw from the original ideas of Simon Bolivar, but generally he remains a popular leader amongst Venezuelans and most feel he has the right vision for the country.

Most Venezuelans come from a mixed Spanish and indigenous background, with nearly half said to be “Mestizos.” Around 40 percent of the population claim to be direct descendants of the Spanish, and their culture is evident through the food and the prevalence of bullfights. Venezuela was subject to further immigration in the twentieth century, mostly from economic migrants due to the oil trade. Up until 1960, more than a million people came to Venezuela from Europe, the Middle East and China. A further influence on the population has been African workers, which is seen in today’s musical instruments. In general, the country proves to be a real melting pot.

The national dance of Venezuela is the joropo, which is performed using local stringed instruments of African origin. Sports are important, and baseball is the country’s favorite activity. Basketball and soccer are also national pastimes. Beauty pageants in Venezuela are incredibly popular, with “Miss Venezuela” being an important annual event, leading to bigger titles such as six “Miss World,” six “Miss Universe,” six “Miss International,” and one “Miss Earth” crowns.