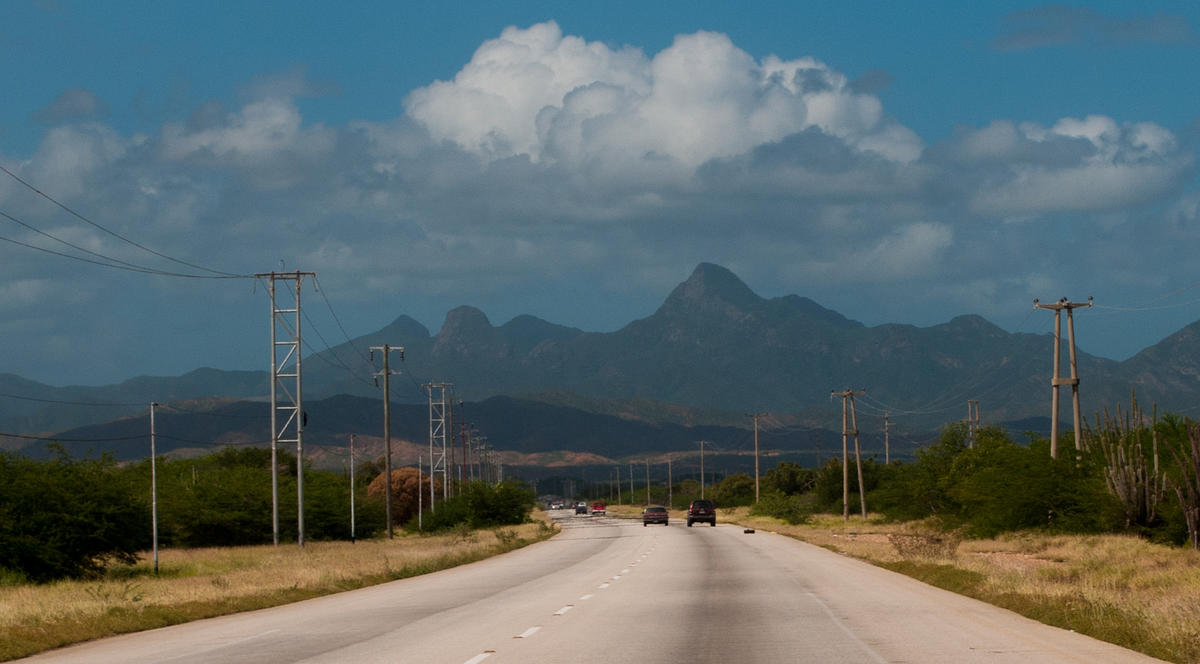 Taxis are readily available in the major cities of Venezuela and for a fair price. Cabs are regulated and have yellow license plates. Informal “taxis” are considered dangerous because they are private vehicles with no set guidelines. For airport travel, look for official taxis, which are usually black SUVs and know about what the rate should be so you don’t get taken advantage of. One operator you can call is Aerotaxi (+11-58-212-452-0842) which provides services all over Caracas. Cabs are not metered, so always negotiate the fare before setting off. It is likely the driver will ask for more at night time. Tipping is not customary, and can even seem strange. In smaller cities, mototaxis, motorbikes for hire are available, but always ask for a helmet.

Venezuela has a large road network and famously low fuel prices, making it an attractive place to rent a car for independent travel. Many of the major routes are paved; however, some streets will also be gravel or dirt tracks, in which case it is safest to get an off-road vehicle. They drive on the right and many locals ignore traffic laws. Drivers often will not stop at red lights at night time, and are known to take dangerous corners at high speeds. If this is off-putting, you can also rent a car with a driver.

There is a ferry service between Venezuela’s mainland and Margarita Island operated by Conferry(+ 11-58-501-2663-3779). It leaves from Puerto La Cruz and takes eight to nine hours.

There is no national rail system in Venezuela, so ground transportation consists of a bus network. People traveling around the country are required to carry identification, so always keep your passport with you, as this is likely to be requested at a police roadblock.

Caracas has a clean and modern metro system, which is useful if traveling to destinations served. Pickpocketing here is a major problem, so look after your valuables carefully.

The bus network in Venezuela is well developed, and connects the entire country. Some journeys can be undertaken directly from Caracas, particularly to the tourist areas, while others may need a connecting ride from the closest large city. Buses are very cheap, but safety is a concern with some fleets. One reliable operator is Aeropexpresos Ejecutivos, which regularly inspects their vehicles and puts an emphasis road safety.