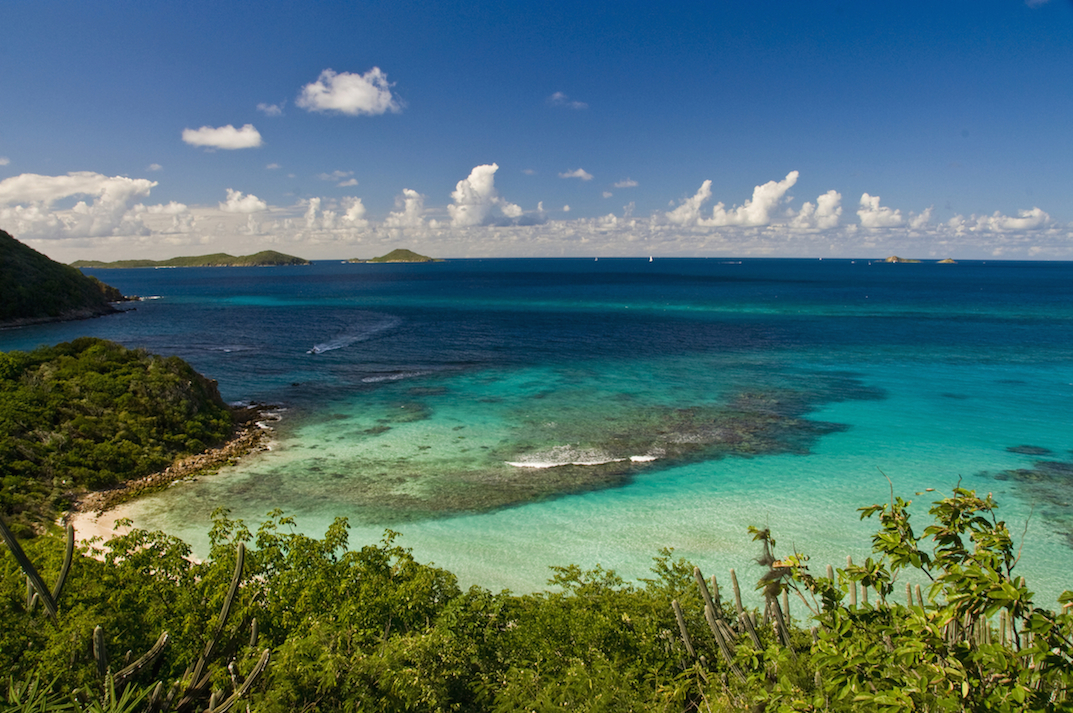 “Fifteen men on the dead man’s chest, yo-ho-ho, and a bottle of rum!” Two of the present-day British Virgin Islands (BVI) inspired author Robert Louis Stevenson to write both the lyrics of this famous pirate shanty and the novel in which it first appeared, Treasure Island, in 1883. The story where Blackbeard’s crew was stranded on Dead Chest Island with only their liquor to pass the time may only be a legend, but the infamous pirate did use Tortola, the biggest of the British Virgin Islands as his home base.

Tourism and offshore financing have long replaced pirates and pillaging as the main industries in the British Virgin Islands, now among the most prosperous islands in the entire Caribbean. Remnants of more volatile times are evident among the shipwrecks buried beneath its pristine waters and the pirate gold allegedly hidden beneath Norman Island, the main inspiration of Treasure Island.

The 1867 RMS Rhone mail ship buried in two separate locations around Salt Island may be the most famous of several British Virgin Islands shipwrecks, but it is by no means the only submerged vessel scuba divers can investigate during their stay on the islands. Each of the 21 national parks has its own hidden delights, from the relaxing pools and gigantic boulders at Virgin Gorda’s famous The Baths National Park to the rainforest trails at Tortola’s Sage Mountain National Park, named after the tallest of all the BVI peaks.

Many British Virgin Islands boat dwellers sleep on their own vessels, but landlubbers also have plenty of places to stay, even private islands for rent such as Guana Island, Peter Island Resort, and Sir Richard Branson’s estate Necker Island. The BVI are also filled with smaller hotels, intimate villas, private guest homes, and other more modest accommodations, but camping is only allowed on authorized sites. The most famous local specialties are Anegada lobster and the British take on East Indian roti bread washed down with plenty of rum punch.

All visitors to the British Virgin Islands must arrive by boat or by air from a handful of other Caribbean islands to Terrance B. Lettsome International Airport, the territory’s only major airport. Although there are no car rental services here, you can find plenty of courtesy vans and water taxis ready to transport guests around the islands. The airport is also within easy walking distance of the Trellis Bay dock.

Passengers can easily drive around Tortola and Virgin Gorda, the two biggest British Virgin Islands, but taxis provide both convenient transportation and friendly tour guides. Many cabs are actually open-air or enclosed buses which can carry several passengers at once. However, boating is the most common way to get between the islands, whether it be by large ferry, luxurious yacht, or small sailboat. Several of the smaller British Virgin Islands are tiny enough to navigate on foot.