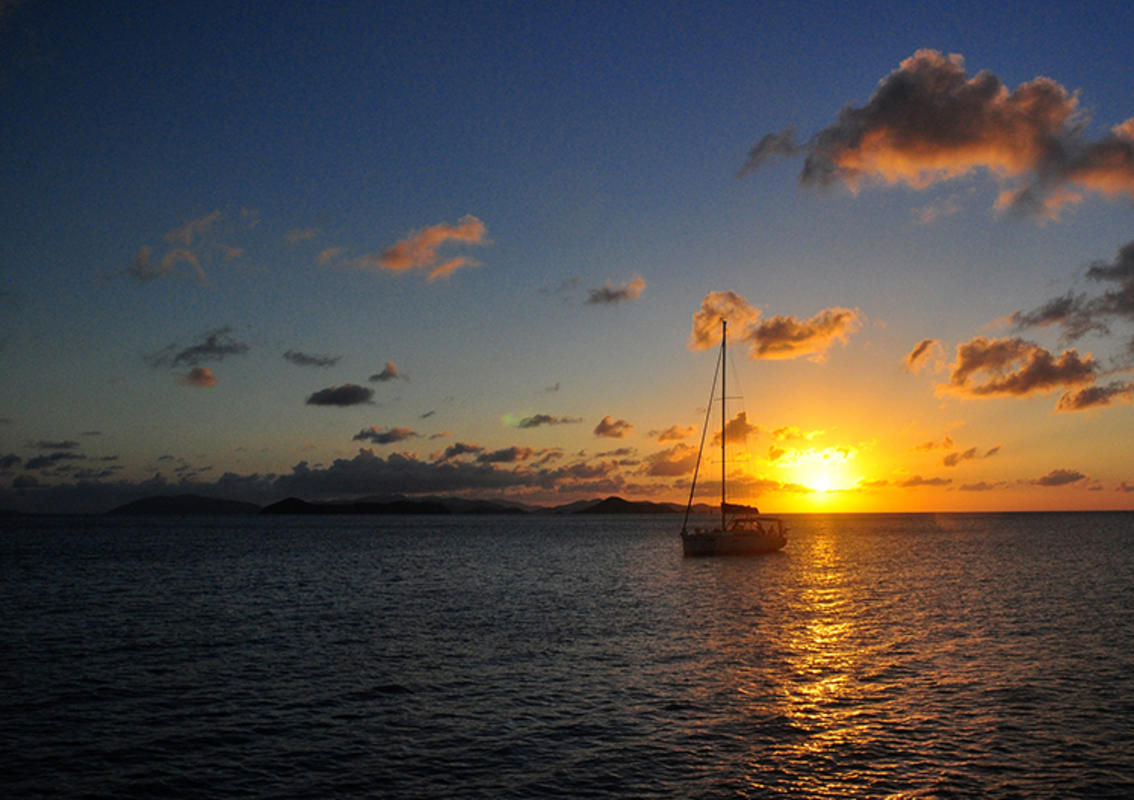 Although the British Virgin Islands have been inhabited since 1500 BC, their first officially documented residents were the Arawaks who came from South America around the year 100 BC. The Caribs displaced the Arawaks during the 15th century, not long before Christopher Columbus first spotted the Virgin Islands in 1493. Some of the few surviving Arawak and Carib artifacts are on display at the Virgin Islands Folk Museum (Main Street, Road Town).

Although Spanish copper miners were sent to Virgin Gorda during the early 16th century, it was the Dutch who established the first permanent British Virgin Islands settlement during the mid-1600’s.

Privateering and piracy were rampant on the British Virgin Islands during the 17th century, when the French, Spanish, Dutch, and British all fought over control of these strategically important islands. The British ultimately won, and have managed to maintain control over the BVI since 1672. One of history’s most infamous pirates, Blackbeard, was based on Tortola during the 1700’s.

Sugarcane and cotton were the main industries until the 1834 abolition of slavery. After several severe hurricanes destroyed the British Virgin Islands’ sugarcane mills and plantations, most planters either sold or outright gave up their properties to their newly freed slaves. One of the longest surviving British Virgin Islands sugarcane mills, the 1780 Lower Estate Sugar Works, (Station Avenue, Road Town) is now a thriving museum and art gallery.

The British Virgin Islands were part of the Leeward Islands Colony until 1959 and became an autonomous territory in 1967. The 1960’s also marked the birth of the tourism industry, when Laurence Rockefeller constructed the territory’s first luxury resort.

The large influx of immigrants from other Caribbean islands have made their own contributions to the American, British, and African influences which have traditionally dominated British Virgin Islands culture. Although residents are generally easygoing and informal, swimsuits should not be worn outside of beaches or swimming pools.

Despite the presence of modern supermarkets and foreign foods, many local farmers still raise their own livestock, grow their own produce, and sell their wares at outdoor markets. American influence has made basketball a more popular sport than cricket and immigrants from Spanish-speaking islands brought salsa and merengue to the British Virgin Islands. Steel and fungi bands use washboards, gourds, and other improvised instruments to make their quelbe music.