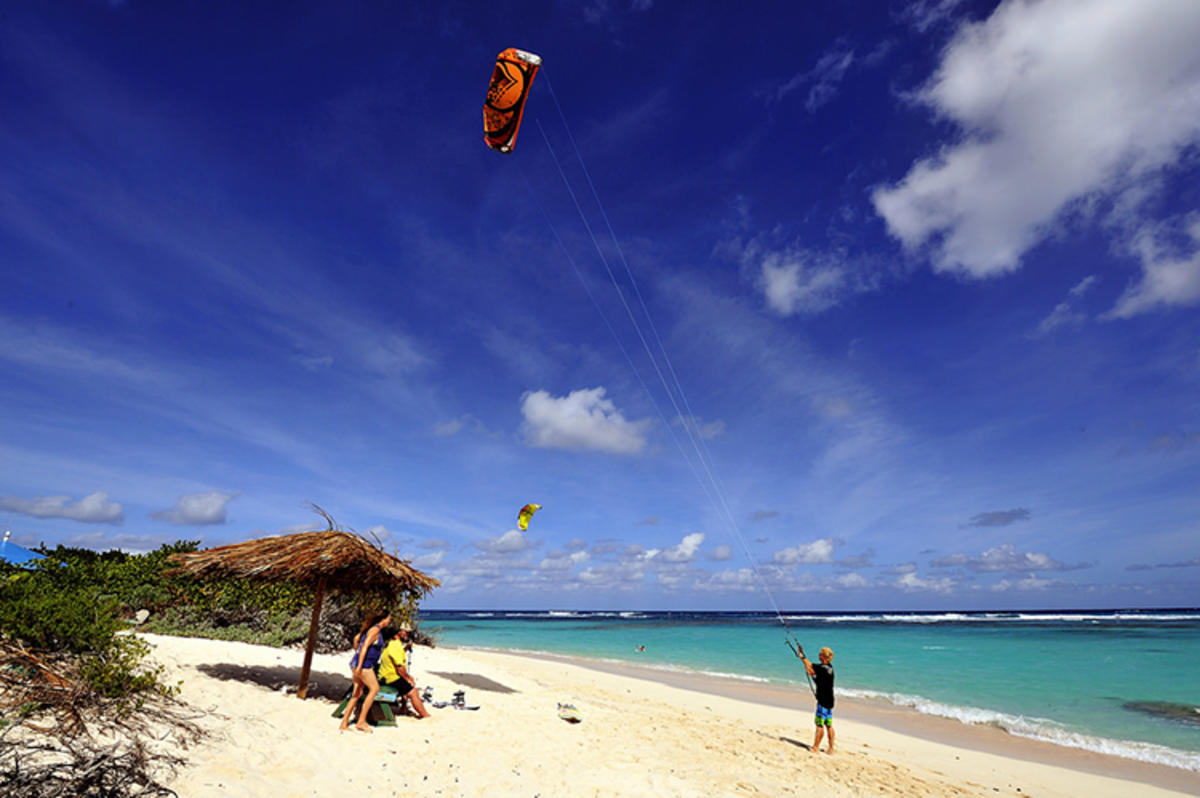 There are no fewer than 21 national parks within the British Virgin Islands, which boast surprisingly versatile landscapes and varied attractions within their relatively small landmasses. Tortola’s Sage Mountain contains what remains of the largest natural rainforest around its namesake 1,800 foot mountain, the highest peak in all of the Virgin Islands. The Treasure Island setting of Robert Louis Stevenson’s famous pirate adventure was supposedly based on tiny Norman Island, while the novel’s equally famous pirate’s booty was named after the uninhabited Dead Chest Island where Blackbeard supposedly left 15 of his crew with nothing but a bottle of rum.

The highest mountain in all of the Virgin Islands stands 1,800 feet above its namesake national park on the island of Tortola. The peaks and rainforest look much the same as they did during Christopher Columbus’ first voyage to the New World. Sage Mountain’s summit, overlooking Tortola’s surrounding small islets, is a popular picnic spot. Mahogany Forest Trail and the Rainforest Trails are Sage Mountain National Park’s two main trails, both of which are well-signed so hikers can easily identify the countless animals and plants that cohabitant here. Address: Sage Mountain Road, Tortola Phone: +1-284-494-2069 Website: http://www.bvinpt.org/index.php/parks-programs/par...

Perhaps no British Virgin Islands attraction is more famous than the Baths in Virgin Gorda. Coconut palm trees surround these crystal clear saltwater grottoes created millions of years ago from granite chunks of volcanic lava. Some of the magnificent boulders are the size of three-story buildings, and the smallest are scarcely bigger than most people. Visitors can hike to the Baths across a quarter-mile long rocky trail beginning at the white sand Devil’s Bay beach and passing through the famous Cathedral pool seen in many photographs and television series. At the Baths, snorkel around the offshore reefs or take a relaxing soak in one of the many pools. Keep in mind though, snorkeling can be dangerous during the many swells on Virgin Gorda’s southern shores. Address: Southern Virgin Gorda Phone: +1-284-494-2069 Website: n/a

This peaceful and privately owned two and a half mile long island is said to be Robert Louis Stevenson’s inspiration for his famous pirate novel, Treasure Island. The snorkeling beneath the three sea caves is now the main attraction of this uninhabited ‘Little Sisters’ island at the archipelago’s southern tip. Although no one has yet to discover the pirate gold said to be buried below, renting a sailboat with three or four other snorkelers is the best way to save money during the voyage to this secluded spot. Address: Southern British Virgin Islands Phone: n/a Website: http://www.normanisland.com/

The endangered Anegada rock iguana named after the northernmost British Virgin Island is just one of many rare species whose populations greatly outnumber the 250 permanent human residents. White sandy beaches and an 18 mile long Horseshoe Reef where over 300 ships have sunk surround this tiny, yet secluded, piece of paradise. No other Caribbean barrier coral reef rivals the size of Horseshoe and each Christmas, nearly 15,000 lights twinkle on the 35-foot tall Anegada Christmas tree, the highest in all the British Virgin Islands. Address: Northern British Virgin Islands Phone: n/a Website: n/a

The uninhabited island of Fallen Jerusalem south of Virgin Gorda, named after several gigantic volcanic boulders strewn across its small surface, has been a designated bird sanctuary since 1959. However, bird watching isn’t the only attraction; visitors can also relax on secluded beaches or snorkel beneath underwater caves on the island’s northwest shore. Address: Southcentral Alaska Phone: +1-284-494-2069 Website: n/a

None of Virgin Gorda’s undeveloped land tracts are larger than Gorda Peak National Park, whose namesake mountain takes between 25 to 40 minutes to climb. The summit offers great views of the surrounding British Virgin Islands islets and picnic tables can be found around the hiking trails leading to Virgin Gorda’s highest point. Even the 15-minute drive to North Sound is a very hilly journey best undertaken by four-wheel drive. Address: Central Virgin Gorda Phone: +1-284-494-2069 Website: http://www.bvinpt.org/index.php/parks-programs/par...

BVI’s only marine national park centers around the most famous of its many shipwrecks. The RMS Rhone mail ship which sank during an 1867 hurricane now lies in two separate locations west of Salt Island. Much of this mighty 310-foot long Royal Mail steamer remains intact, including its propeller, steam engine, and decking. Water depths around the RMS Rhone range between 30 and 90 feet and the Marine Park’s other fascinating dive sites include the colorful Painted Wall canyons, Rhone Reef’s coral encrusted caves, and Blonde Rock’s underwater ledges. Address: Salt Island Phone: +1-284-852-3650 Website: n/a