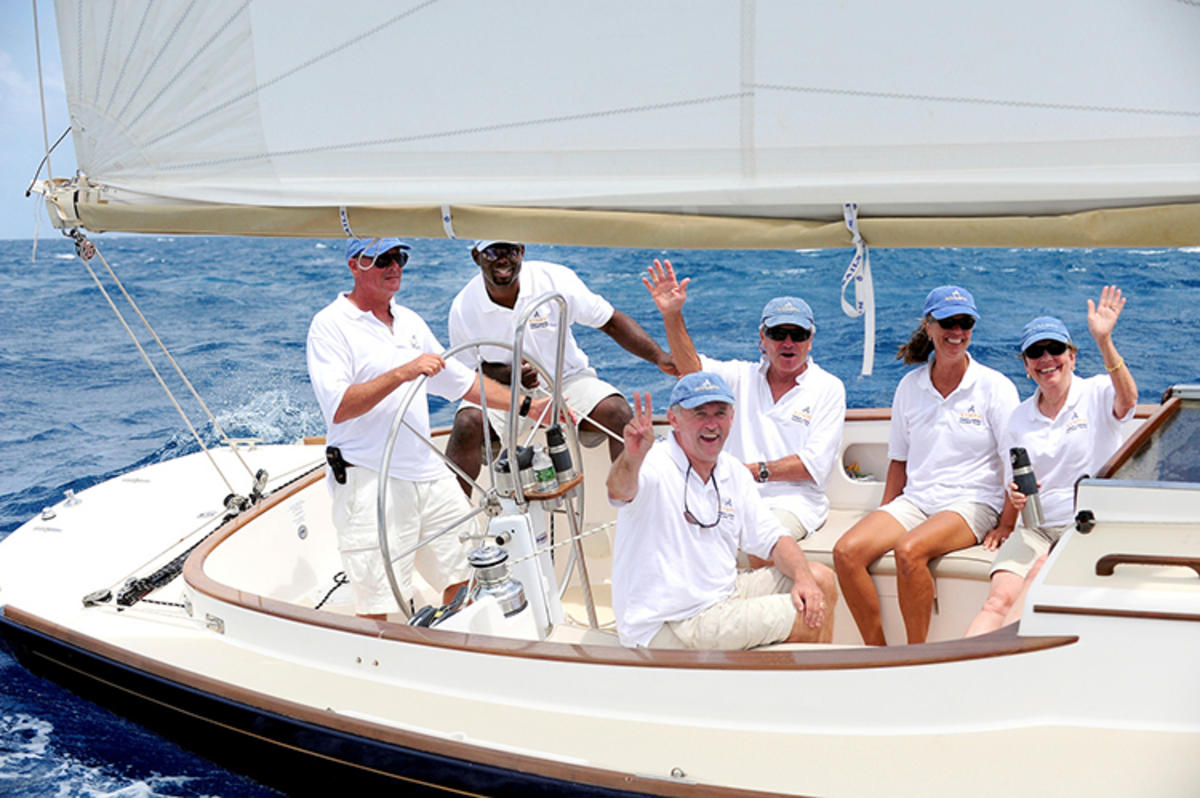 Music festivals, sailing regattas, and monthly full moon parties are the most frequent types of British Virgin Island holidays and festivals. However, no event is bigger in size or importance than the territory’s own take on the most famous of Caribbean festivals, Carnival. Each August, the BVI Summer Festival coincides with the anniversary of the 1834 abolition of slavery.

None of the numerous sailing regattas held throughout the year match the size of this week long event held at Tortola’s Nanny Cay Marina during the last week of March. More than 150 boats take part in three thrilling races around the Sir Francis Drake Channel. All regatta events are followed by fun victory parties at several Road Town bars.

For over a decade and a half, Virgin Gorda’s capital has hosted this deep sea fishing showcase at the same time as the island’s annual Easter festival. The festival’s main event is a wahoo fishing tournament, but visitors can also sample the fresh catches, attend lively parades, and listen to the spontaneous fungi band performances.

The biggest music festival in the British Virgin Islands takes place each Memorial Day weekend at the end of May. Some of the world’s biggest calypso, jazz, fungi, reggae, and rock artists have performed during this lively three day event on Tortola’s Cane Garden Bay Beach. The music is accompanied by delicious local food and a pristine white sandy dance floor.

Scuba divers will not want to miss this exciting week between May and June. Divers band together to explore the most stunning dive sites, take shipwreck certification courses, take part in a treasure hunt, and even help clean up some of the beautiful British Virgin Island beaches. The biggest of Wreck Week’s parties and barbecues takes place on Cooper Island.

The British Virgin Islands shows off its status as one of the world’s top windsurfing spots during the World’s Greatest Windsurfing and Sailing Adventure in this annual competition. A week long journey between Virgin Gorda’s Bitter End Yacht Club and the nearby Caribbean island of Anguilla, attracts the world’s best athletes and sailors to BVI.

The British Virgin Islands Carnival celebration coincides with the anniversary of the abolition of slavery in 1834. The parade on the first Monday of every year commemorates this special day in one of many lively events held during the biggest festival of the year. One unique event is the annual horse race at Tortola’s Little A Race Track. The festival is filled with beauty pageants, live music, tasty food, and J’Ouvert early morning street parties found across many of the other Caribbean islands.

Click here for an Overview of the British Virgin Islands