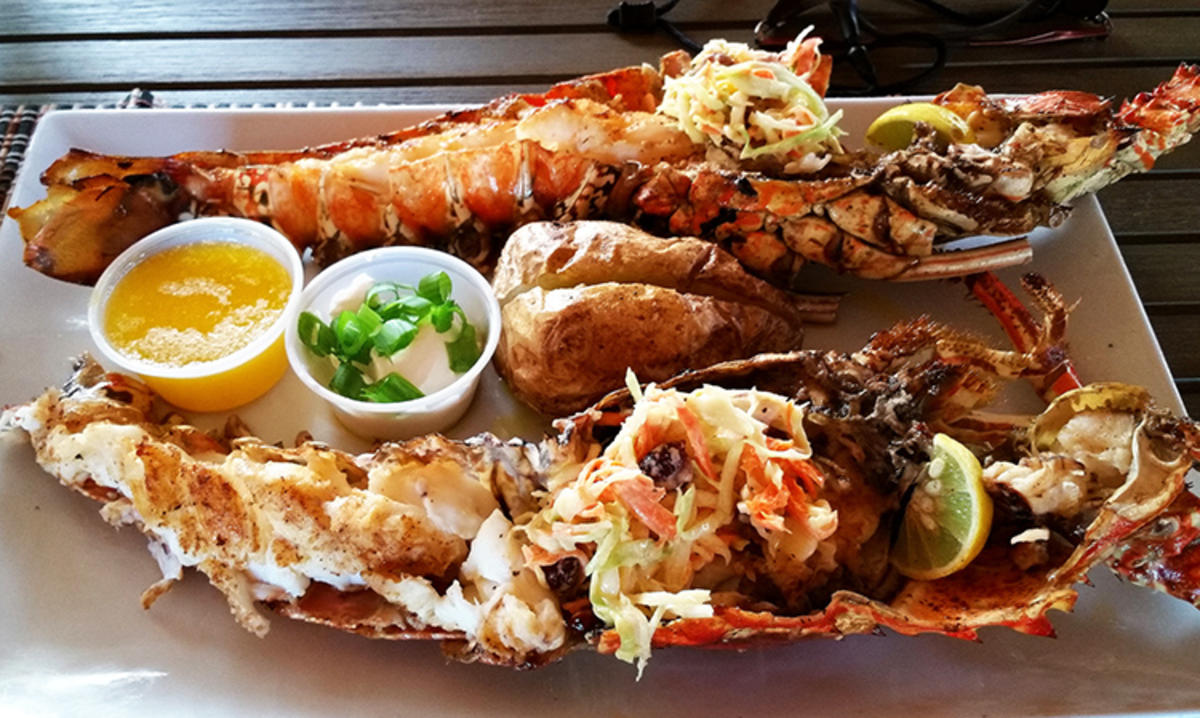 Most British Virgin Islands restaurants are found on Tortola, Jost Van Dyke, and Virgin Gorda. However, the even smaller island of Anegada boasts the best lobster not only in the BVI, but the entire Caribbean. Most local delicacies aside from seafood are breads stuffed with meat or vegetables. Fungi is similar to Italian polenta, paté dishes are made with pita bread, and East Indian roti appears on nearly every British Virgin Islands food menu. Rum punch is the most popular drink at regional bars, many of which also feature live fungi or steel bands. The No-See-Um, the Bushwhacker, and the Painkiller are famous island cocktails, but be warned, as the names suggest, they’re stronger than they appear.

One of Virgin Gorda’s livelier nightclubs, the Bitter End Yacht Club (North Sound, Virgin Gorda), can only be reached by boat, but its large British beer selection is well worth the journey. The main furnishings at Andy’s Chateau de Pirate (Spanish Town, Virgin Gorda) are one of the British Virgin Island’s longest bars and gigantic beachfront windows which rarely close.

Soggy Dollar Bar (White Bay, Jost Van Dyke), one of Jost Van Dyke’s most popular bars is home to the original Painkiller rum concoction, received its name because the bar is only accessible by swimming and getting wet. Jost Van Dyke’s other major watering hole, Foxy’s (Great Harbour, Jost Van Dyke), is famous for its killer shots and international clientele.