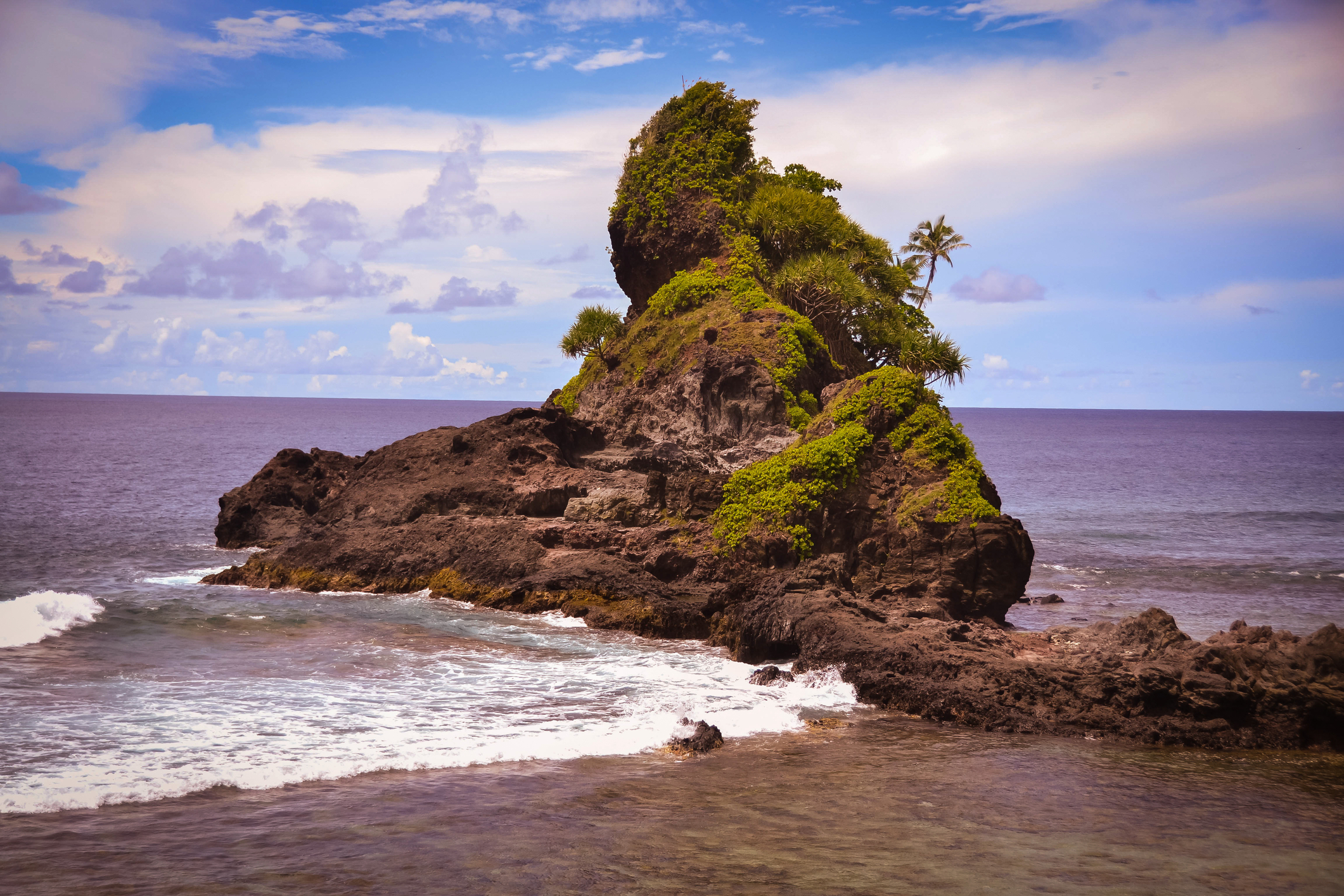 The tiny islands of American Samoa are among the last places on Earth to ring in the new year and watch the sun rise and set each day due to their location directly east of the International Date Line. No other United States territory lies further south than these isolated South Pacific islands situated roughly halfway between New Zealand and Hawaii.

However, despite American Samoa’s familiar American culture and year-long warm tropical climate, its isolated location has kept it relatively undiscovered by tourists. American Samoa may not be as easy to reach as Hawaii or be as exotic as Fiji, but visitors wishing to experience both Polynesia’s oldest culture and an environment where English is widely spoken need look no further than these five rugged, volcanic islands.

Much of American Samoa’s natural beauty lies just a short journey away from the fast food franchises and shopping malls of Pago Pago, the capital. The National Park of American Samoa extends across three of the lovely islands, while Ofu Beach ranks among the world’s most secluded and spectacular sunbathing spots.

Visitors can scuba dive or snorkel around some of the South Pacific’s most unspoiled coral reefs, hike through trails filled with verdant rainforests and towering volcanoes, and enjoy unforgettable homestays with friendly families willing to share their food, crafts, and 3,000-year old culture with visitors. A popular American Samoa scuba diving and snorkeling spot is Fagatele Bay National Marine Sanctuary, which surrounds an eroded volcanic crater on Tutuila, the largest and most populated island.

Although all-inclusive luxury resorts are few and far between, visitors should not have any trouble finding adequate accommodations on any of the islands, except Olosega. Camping is forbidden in the National Park of American Samoa, which instead arranges homestays with families who live in traditional thatched beach huts called fales or more modern western-style homes. No visit is complete without attending at least one traditional fia fia feast, where suckling pig is just one of many succulent dishes on the dinner table.

Few places on Earth may take longer to reach than American Samoa, home to only one international airport offering twice-weekly flights to Honolulu, Hawaii, which is still more than five hours away by plane. The neighboring independent island of Samoa may be a much shorter 45-minute flight, but its time zone is a full 24 hours ahead of American Samoa due to their recent transition to the opposite end of the International Date Line. Nevertheless, it is this destination’s remoteness that is part of its charm.

Getting around American Samoa, on the other hand, is easy. Taxis and rental cars are both readily available on Tutuila, the only island with a significant road infrastructure. However, the most unique way to explore Tutuila is aboard the colorful aiga buses which travel across American Samoa’s largest island from Fagatogo bus depot. Visitors can easily flag one down from any part of Tutuila’s main road.

Click here to learn about Things to Do in American Samoa