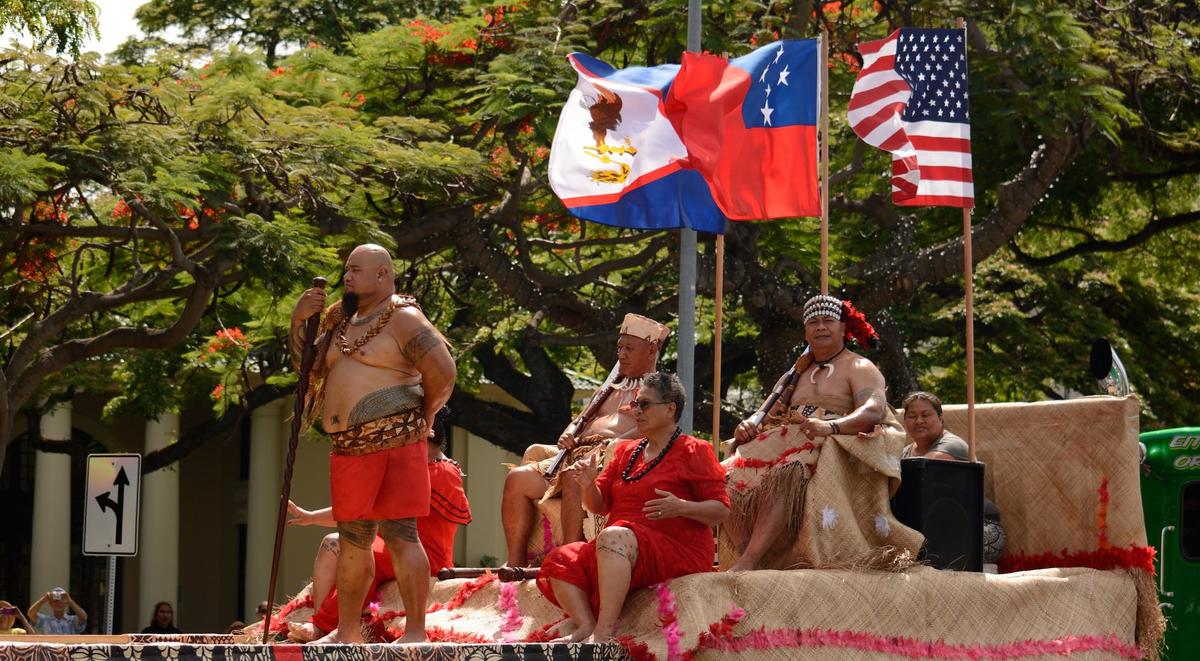 As an American territory, American Samoa holidays are the same public holidays as the mainland United States. However, American Samoa celebrates its own Flag Day on April 17, the day they officially became a US territory in 1900. Discoverer’s Day, as Columbus Day is called in American Samoa, is a week-long celebration of both Christopher Columbus’ New World discovery and American Samoa’s own growing tourism industry.

Each April 17, the people of American Samoa celebrate the day the first United States flag was raised above their territory in 1900. Several homes and offices proudly fly both the Stars and Stripes and American Samoa’s own flag during this lively two-day celebration filled with feasts, parades, cricket matches, and traditional fautasi longboat races. Fagatogo hosts a fun traditional dance and music competition.

American Samoa now owes at least one-quarter of its gross domestic product to tourism, and during the first week in May, the territory celebrates this growing sector of its economy with this lower key equivalent to the Teuila Festival in neighboring Samoa. The festival’s highlight is undoubtedly the annual Miss American Samoa crowning on Utulei Beach, but locals and tourists also enjoy parades, canoe races, fireworks, and barbecues throughout the week.

On July 16, the three tiny Manu’a islands celebrate their 1904 addition to the United States territory of American Samoa with this festival filled with flag raising, church choirs, and traditional Samoan entertainment. Although Olosega, Ofu, and Ta’u can only be reached by boat or air and there is only one major hotel on all three Manu’a islands, those able to make the trip can celebrate among some of American Samoa’s most beautiful coral reefs.

Click here to get an Overview of American Samoa