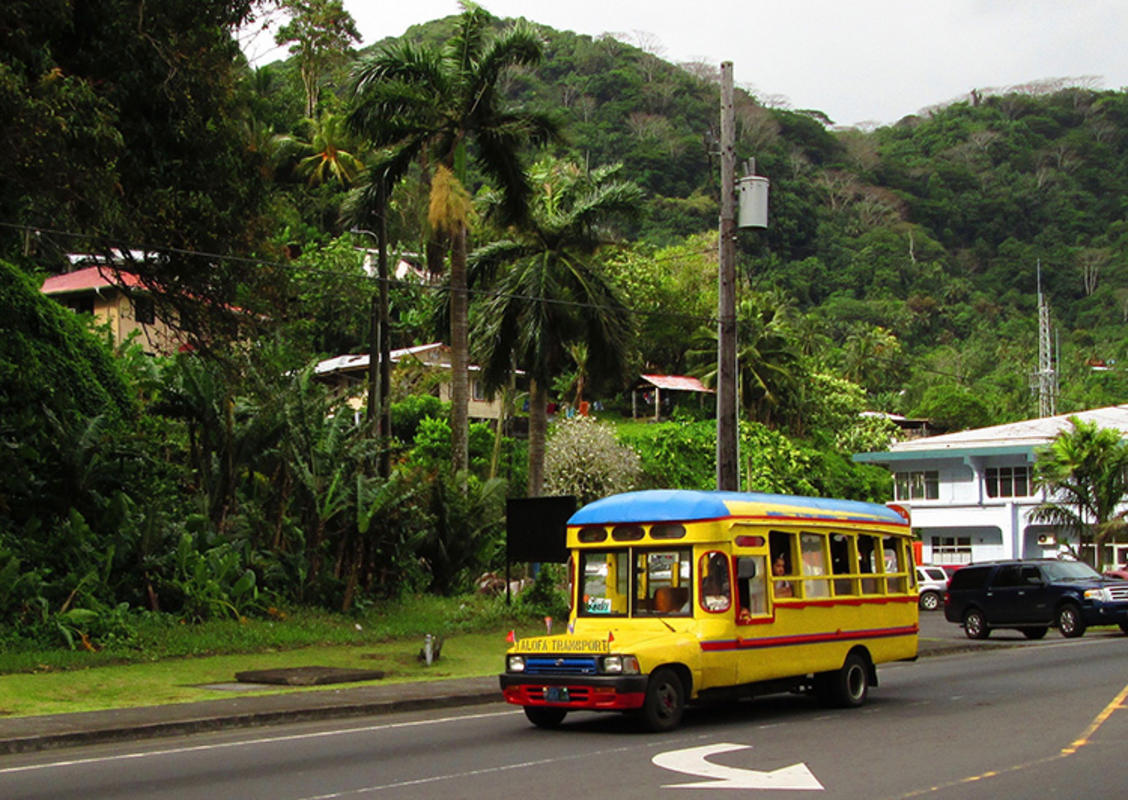 The vast majority of American Samoa’s taxis are found in the capital of Pago Pago and on the island of Tutuila. Lagoon Taxi (+1-684-699-2480) is Nu’uuli’s main taxi company, while PM Taxi Stand (+1-684 633-1161) serves Faga’alu. Cabs from at least three other companies stand by Fagatogo’s courthouse 24 hours a day and about four more serve Pago Pago International Airport. The American Samoa Commerce Commission sets all of the territory’s taxi fares, which are prominently displayed in all vehicles.

Pago Pago and Tutuila are the easiest places to rental a car in American Samoa, where all companies accept driving licenses from any home country or International Driving Permits belonging to motorists 21 years or over. Motorists drive on the right side of the road, as in the United States, but don’t be prepared to get anywhere in a hurry, speed limits are extremely low — only 25 mph on open roads and 15 mph in communities.

American Samoa has no rail service, but brightly painted aiga, or family, buses are among the cheapest and most popular ways to travel around Tutuila. Passengers can hop on aiga buses from any of the designated bus stops around Tutuila or flag them down from anywhere along the main road. Every weekday from early morning until 5:00 p.m., they travel between the main Fagatogo bus depot and the smaller villages emblazoned on the buses’ exteriors. Passengers must often change buses at Fagatogo market as there is no direct line between one end of Tutuila and the other. There is also no fixed schedule and service is drastically reduced on weekends.