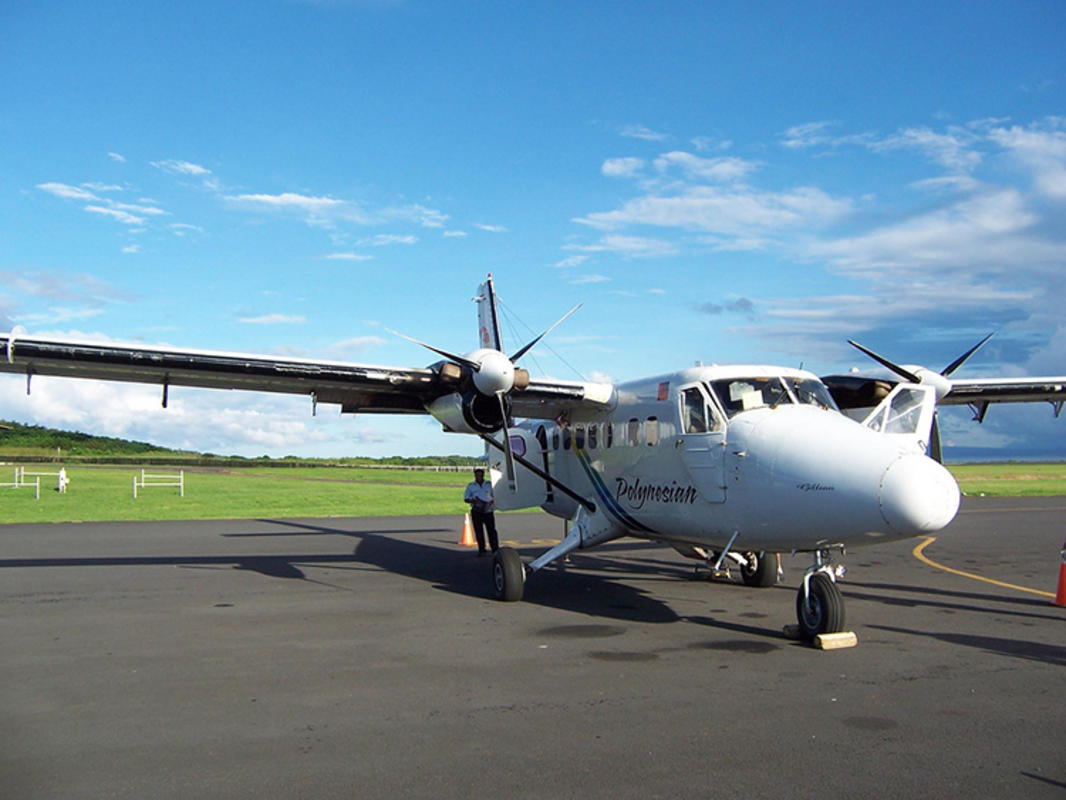 The only international airport in American Samoa is Pago Pago International Airport, situated three miles southwest of Pago Pago’s central business district in the community of Tafuna, in the middle of the island of Tutuila. This airport’s direct flights include two weekly Hawaiian Airlines flights to Honolulu, as well as daily flights to Faleolo International Airport in Samoa aboard Polynesian Airlines and Inter Island Airways. Inter Island Airways also happens to be the only airline offering regular flights between Pago Pago and the smaller Fitiuta Airport on the island of Ta’u. A travel agent, a restaurant, a post office, a VIP lounge, and souvenir and duty-free shops are this airport’s only amenities.