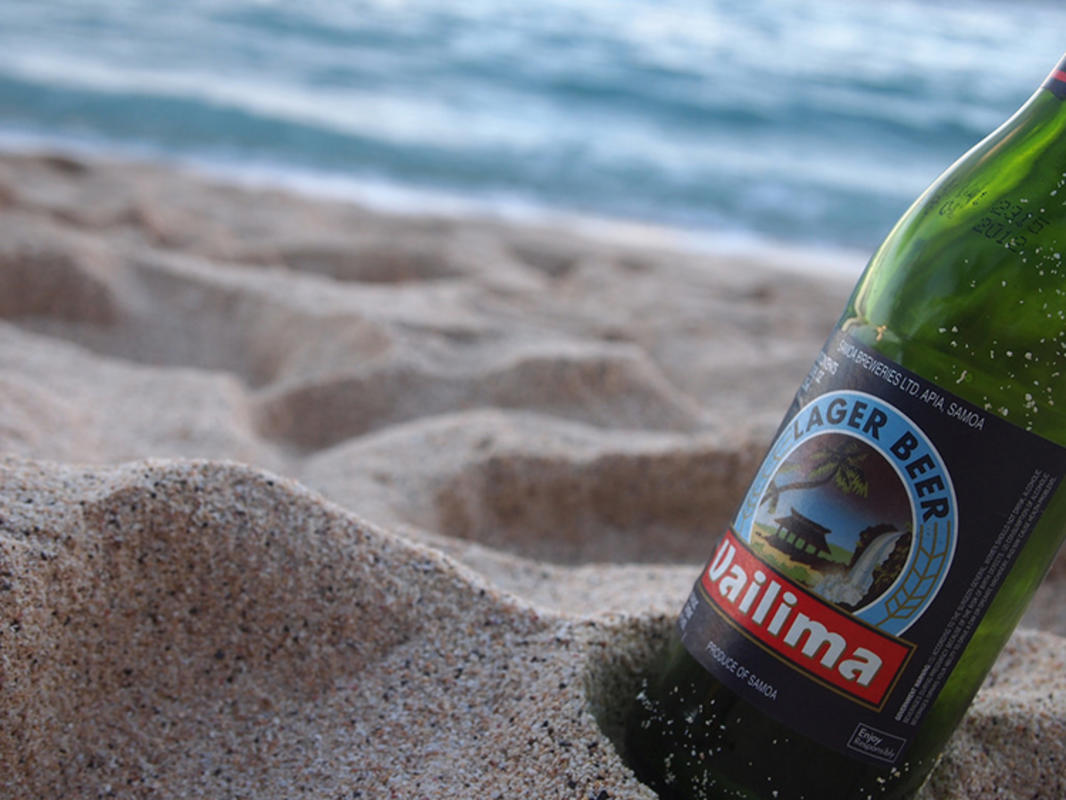 No visit to American Samoa would be complete without attending at least one of the legendary feasts called fia fia, where a suckling pig commands the dinner table surrounded by other local delicacies taro, breadfruit, and pisupo, canned corned beef. Many restaurants and hotels host weekly fia fia nights, complete with traditional music and dancing, for visitors who are unable to see the gathering at a local home. However, there is also a wide variety of other food available, with American fast food chains like McDonald’s and Pizza Hut also present.

Bars and Pubbing in American Samoa

The official drink of American Samoa is kava, whose main ingredients are water and ground pepper roots making it look like muddy water. Kava is traditionally served in giant legged bowls and tastes slightly medicinal. Although kava contains no alcohol, it is mildly narcotic and numbs the mouth when consumed in large amounts. During ceremonies, it is customary to tip some to the ground while saying ‘manuia’, the Samoan word for ‘good luck’, before taking a sip. Gusts also must not completely drain kava cups before handing them back to their server.

The other commonly consumed drinks in American Samoa are milk directly from young coconuts called niu, strong cocoa called Koko Samoa, and a Samoan German style pilsner beer called Vailima. The latter often appears on the menu of American Samoa’s few Western style nightclubs, the best known of which may be Tisa’s Barefoot Bar (P. O. Box 3576, Alega, Pago Pago), where Tisa herself is among the main attractions. This beachfront bar is also a popular departure point for many hiking, kayaking, and fishing expeditions.

Dining and Cuisine in American Samoa

A large percentage of American Samoa restaurants are situated in the territory’s largest village, Tafuna, including several American fast food franchises. However, those looking for a more unique taste will find it at Mom’s Place (AS 96799 Tafuna), which serves up hearty home cooked pork chops, fish and chips, and other American diner favorites alongside Samoan dishes like banana fritters and panikeke (deep-fried puffs). The more upscale Manuia Restaurant (Tafuna) specializes in Chinese, Korean, and Japanese cuisine.

The eastern Tutuila community of Nu’uuli is the easiest place to find quality Chinese food in American Samoa at restaurants like Sunny’s Chinese Restaurant (Nu’uuli), near the airport, and the nearby Hong Kong House (Nu’uuli), known for its lengthy menu and lovely décor. As in the mainland United States, bottomless cups of coffee accompany most meals served in American Samoan restaurants.

Click here to learn about American Samoa's Shopping and Leisure