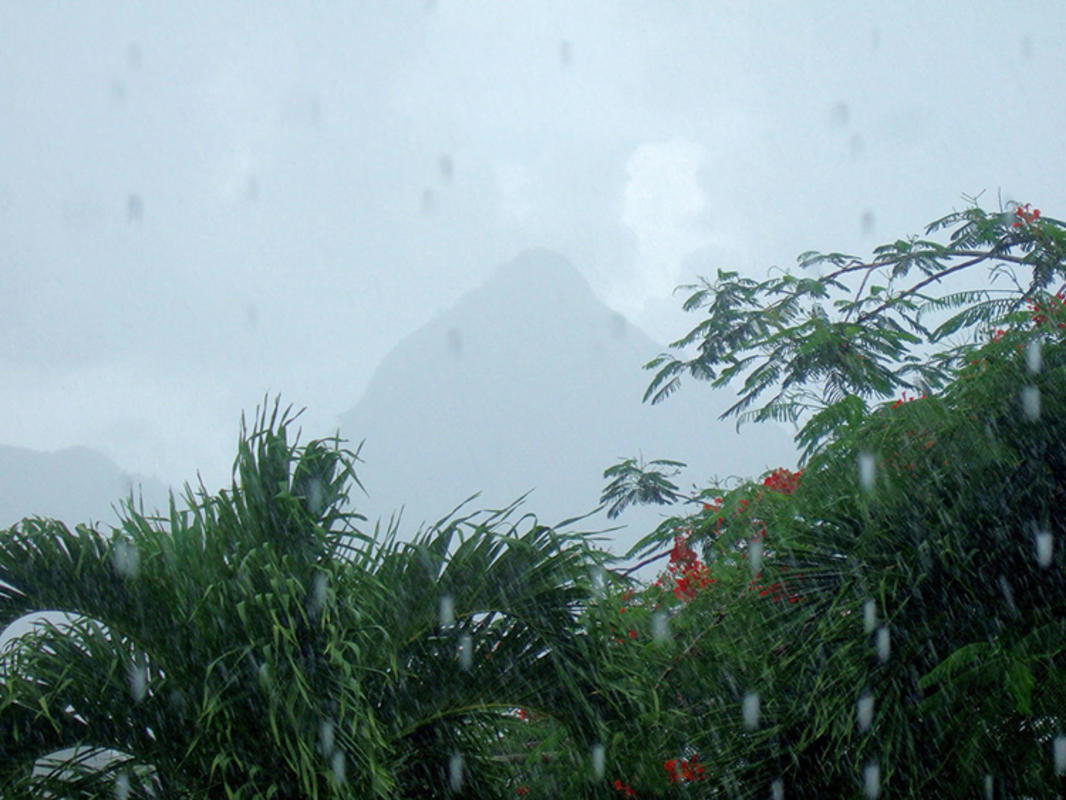 American Samoa’s weather has two distinct seasons. The longer dry season lasts between April and September, while the wet season typically begins in December and ends in March. American Samoa’s tropical temperatures, however, remain relatively unchanged throughout the year. The average daytime dry season temperature of 83°F increase only slightly increases to 86°F during the wet season. Night temperatures rarely fall below 70°F at any time of the year.

Visitors wishing to avoid serious tropical storms should avoid American Samoa between the months of November and April. This is not only the wet season, but also the tropical cyclone season throughout the South Pacific. Although hot and humid weather is impossible to avoid in American Samoa, conditions are at their hottest and most humid of all during the wet season. Downpours may last all day or merely a few minutes, but even during the wettest months, sunshine is never far away.

American Samoa’s driest and coolest months are between June and October, but temperatures and humidity both decrease by only a few degrees. As tourism is a relatively new industry, hotel rates remain relatively unchanged throughout the year. No matter when visitors come, they should bring small folding umbrellas to protect against both the rain and the hot sun.

Click here to learn about American Samoa's Festivals and Events