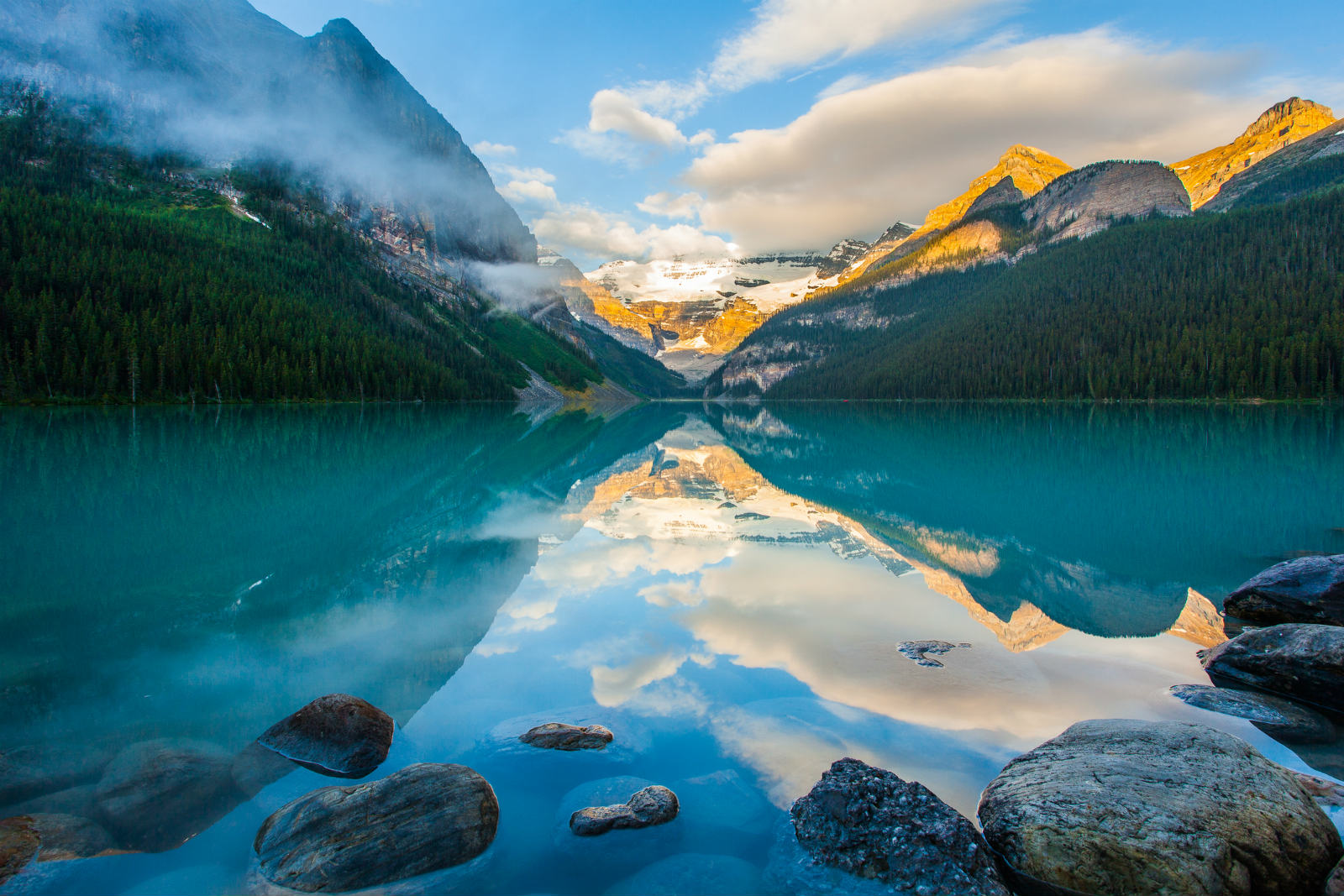 The western Canadian province of Alberta is sometimes called the ‘Texas of the North’ because of its oil wealth, conservative politics and cowboy culture. Alberta is filled with dramatic contrasts between old and new, from the ancient fossils buried underneath the world’s unofficial dinosaur capital of Drumheller to the fossil fuels which provide the backbone of Alberta’s booming economy beneath Fort McMurray’s sprawling oilsands.

The numbers of tourists attracted to Alberta’s majestic Rocky Mountain landscapes may be outnumbered only by the amount of people who flock to Canada’s most prosperous province looking for employment. However, no matter whether visitors come to Alberta for work or play, they will encounter many reasons to hang around. Alberta is one of the two Canadian provinces with a drinking age of 18 and the only province in the nation without a provincial sales tax.

Despite Alberta’s vast size, three quarters of the province’s population live along the 170-mile stretch of Highway 2 between its two rapidly-growing, largest cities, Calgary and Edmonton. Alberta’s greatest concentration of natural landmarks, however, lie along the much more scenic Icefields Parkway, which runs 140 miles adjacent to the Continental Divide, between Alberta’s two most famous national parks, Banff and Jasper.

Alberta’s accommodation ranges from luxury hotels fit for oil barons to simple campsites in the Rocky Mountains. Guests can stay at a famous chateau overlooking Lake Louise or in a rustic family-owned ranch. Many of rural Alberta’s self-catering mountain lodges feature hunting and fishing excursions. Alberta’s high quality steaks may be the province’s signature dish, but diners can also find a tremendous variety of cuisines from across the world here, including a surprising amount of vegetarian-friendly restaurants.

Cars and airplanes are the most common means of entering this landlocked province. Calgary and Edmonton’s airports are by far Alberta’s busiest, but the province also contains dozens of smaller airports serving the province’s more isolated areas. Most Alberta municipalities, big or small, also include Greyhound bus depots.

Alberta’s passenger rail services may be sporadic, but the routes which are available take passengers past some of the most outstanding scenery in both the province and the country. VIA Rail’s famous cross country Canadian train travels directly through the Rocky Mountains on its way from Toronto to Vancouver. The two-day Rocky Mountaineer route leaves Vancouver for Calgary, Banff and Jasper between the middle of April and middle of October.

The Alberta section of VIA Rail’s Canadian passenger train route between Toronto and Vancouver ranks among the world’s most scenic rail journeys. VIA Rail also operates a shorter, but no less scenic, route between Jasper and Prince Rupert, British Columbia.

Click here to learn about Things to Do in Alberta