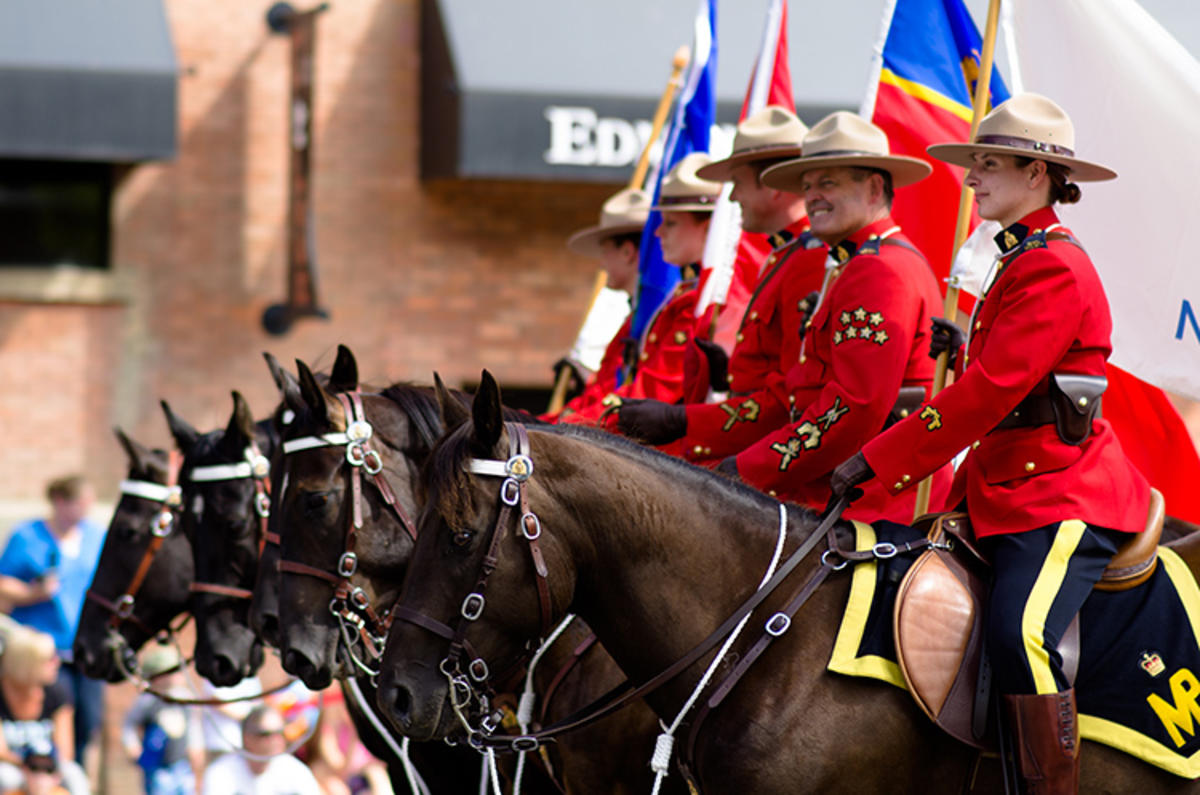 Like the American state of Texas to its south, oil and cowboys are the first things that come to mind when discussing Alberta’s culture, but the history dates much further back than 1905, the year it officially became a Canadian province.

Alberta’s first peoples arrived between 10,000 and 8,000 years ago across the Bering Strait from Siberia and Alaska. The Chipewyan and Woodland Cree who settled in northern Alberta were trappers and fishers, while the southern Plains Cree and Blackfoot Confederacy tribes depended on buffalo to survive.

The British, Alberta’s first European settlers, claimed the area as part of Rupert’s Land, the territory belonging to the Hudson’s Bay fur trading company since 1670. French speaking settlers migrated west to establish their own fur trading communities around 1731. One of these communities, Fort La Jonquière, stood near present day Calgary.

Descendants of the French fur traders who mixed with indigenous peoples are known as MÈtis, many of whom settled in Alberta after white settlers drove them out of their original communities further east.

In 1818, Great Britain received the small portion of southern Alberta which had been part of the Louisiana Purchase. Only three years after Canada’s Confederation was established in 1867, the new country’s size expanded dramatically after Canada’s 1870 purchase of Rupert’s Land, whose westernmost boundaries included present day Alberta. Alberta then became a district of Canada’s Northwest Territories until receiving provincial status in 1905.

Alberta’s first oil discovery occurred in Turner Valley, just south of Calgary, in 1914. Even more major oil sources were found south of Edmonton in Leduc in 1948 and west of Alberta’s capital in the Pembina field in 1956. Alberta’s booming oil industry later expanded to Grande Prairie, natural gas reserves near Medicine Hat and Pincher Creek, and most recently, the Athabasca River valley’s sprawling tar sands which currently contain the world’s richest oil deposits outside of Saudi Arabia.

Edmonton International Airport passengers can also make a much shorter journey to the original rig where oil was first discovered in Leduc in 1947. The Leduc Woodbend Oil Field is now a National Historic site and part of the Leduc #1 Energy Discovery Centre (50339 Highway 60).

Although Alberta’s culture extends beyond oil, sports, and cowboys, the province embraces its Wild West heritage in full force during the annual Calgary Stampede, the biggest and most famous of the province’s many festivals. Fewer people may know Calgary also hosts Canada’s biggest Caribbean festival outside of Toronto and Edinburgh, Scotland, is the only city on Earth with a fringe festival larger than Edmonton’s. Many of the festivals which have earned Alberta’s provincial capital its ‘Festival City’ nickname are held at Churchill Square.

However, visitors don’t need to attend festivals to enjoy Alberta’s culture. Calgary and Edmonton both boast symphony orchestras and thriving Chinatowns, and even the isolated oil sands community of Fort McMurray has enjoyed rave reviews of the performances at its Northern Lights Theatre. Alberta may have surprisingly few large art galleries for a province of its size, but visitors can still admire the works of local artists at several small venues across the province.