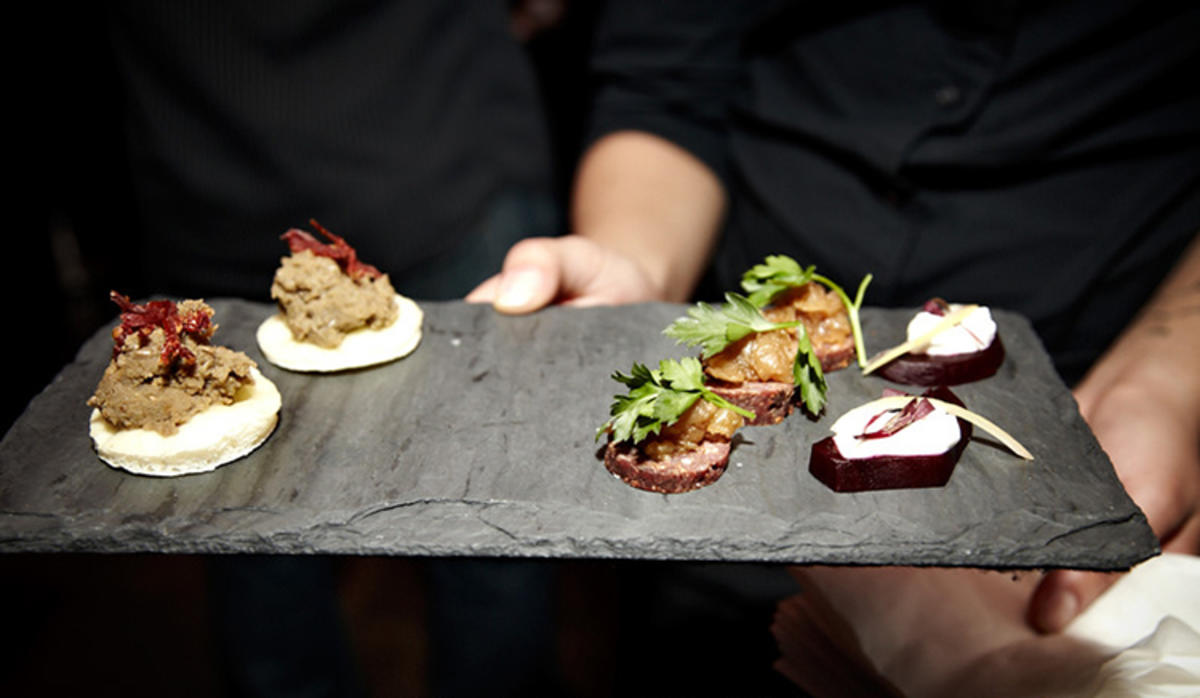 Alberta’s signature dish is undoubtedly its high quality beef, but the province’s restaurants serve a tremendous amount of international cuisines. Calgary and Edmonton, Alberta’s two biggest cities contain the province’s greatest variety of restaurants, but Banff and Jasper also serve up large portions to hungry skiers after a long day on the slopes. As one of only two Canadian provinces where people can legally drink at 18, Alberta never fails to attract young party-goers from across Canada to its bars.

Bars and Pubbing in Alberta

Most of Calgary’s trendiest nightspots are situated within its lively city core and famous Red Mile. Patrons at the Palomino Smokehouse and Social Club (109 7th Avenue Southwest, Calgary) can relax over sedate meals of smoked meats served with whisky, bourbon, or tequila at its upstairs restaurant or enjoy rowdier live rock-a-billy performances at the downstairs bar on weekends. The Twisted Element (1006 11 Avenue Southwest, Calgary) may be Calgary’s only official gay nightclub, but visitors of all orientations are welcome to enjoy the drink specials served during its twice weekly amateur strip contests.

Most Banff bars feature outdoor patios in summer and live music to dance to throughout the year. Visitors can two step or line dance to the country music played at Wild Bill’s Legendary Saloon (201 Banff Avenue, Banff), while the theme parties and trivia contests at The Beaver (433 Banff Avenue, Banff) are particularly popular with Banff’s backpacker crowd.

Dining and Cuisine in Alberta

HealthFare is another vegetarian-friendly Alberta restaurant with two locations in Edmonton and two more in Calgary. Edmonton’s two main dining districts are Whyte Avenue, whose restaurants and food are mainly gourmet, and Downtown and Oliver, which features a wider restaurant variety, from fast food chains to higher-end options like Lux Steakhouse (10150 101 Street Northwest, Edmonton), one of Edmonton’s most upscale steakhouses. Those with more exotic taste buds can sample the Ethiopian dishes on the Langano Skies (9920 82 Avenue Northwest, Edmonton) menu.

Although Banff’s restaurants trend towards the pricey side, those diners able to find the hidden gem Barpa Bill’s Souvlaki (223 Bear Street, Banff) will be rewarded with some of Banff’s tastiest and most affordable Greek cuisine. Grizzly House (207 Banff Avenue, Banff) ranks among Banff’s most famous restaurants for its location in a former swinger’s bar, its telephones at every table, and the exotic meats accompanying its famous hot rock fondue.

Click here to learn about Alberta's Shopping and Leisure