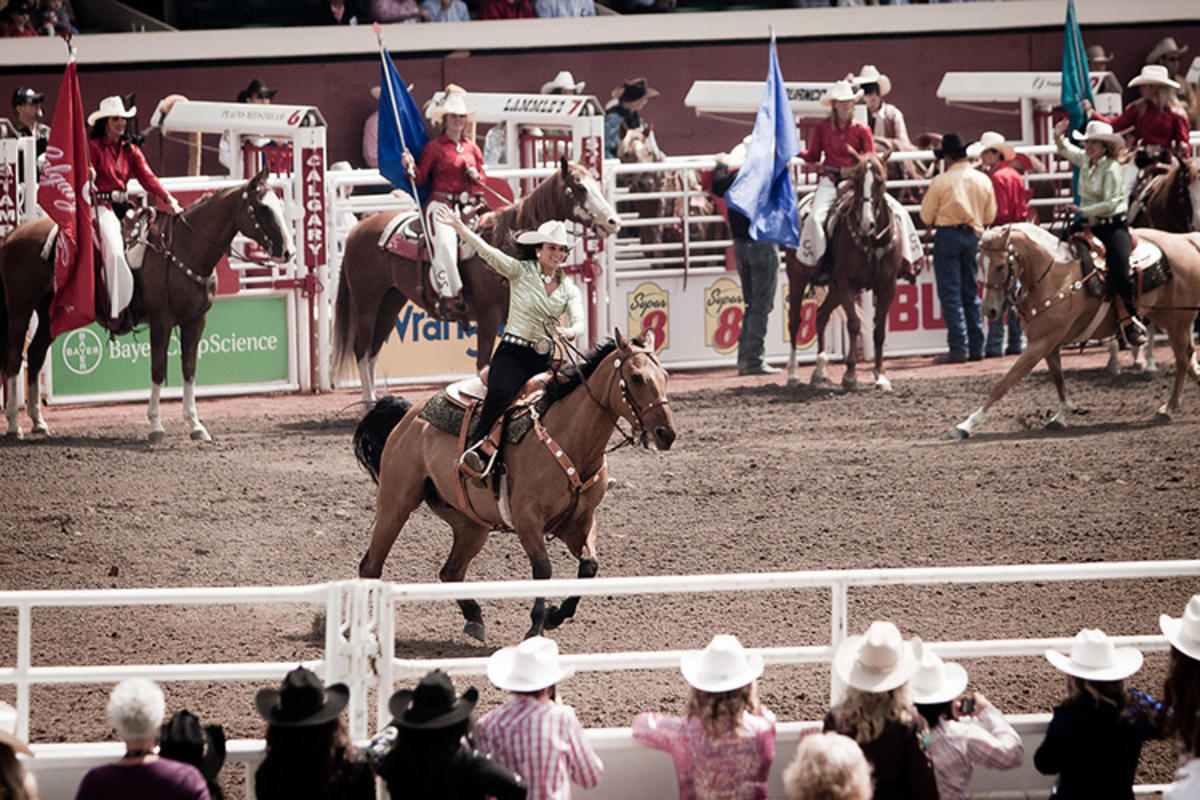 No Alberta holiday is larger or more famous than "the greatest outdoor show on Earth," the Calgary Stampede. With attendance cracking the million mark, The Calgary Stampede may celebrate Alberta’s Wild West past, but most of the province’s other major festivals highlight Alberta’s expanding multiculturalism and thriving arts scene.

For 13 days between June and July, Edmonton’s Winston Churchill Square hosts dozens of tents during the annual Works Art & Design Festival. Artists from across Canada sell their food and arts and crafts opposite Edmonton City Hall and perform live music on Works Street Square. The entire family can enjoy the festival’s educational workshops and artist demonstrations. The Works International Visual Arts Society first established this free arts festival in 1986.

It’s hard to believe the 10-day spectacle of the Calgary Stampede began as a small agricultural fair in 1886. An American promoter added a rodeo, which has grown into the world’s biggest, to the festivities in 1912. Each July, Calgarians dust off their western attire and decorate the city’s modern buildings in cowboy themes during their city’s most famous festival. Each Calgary Stampede begins with a morning parade and includes 10 days of amusement park rides, agricultural competitions, live entertainment, and a sprawling outdoor market. Canadian television broadcasts the rodeo and chuck wagon racing competitions across the country each night.

Ever since Camrose hosted its first Big Valley Jamboree in 1992, this annual four-day country music festival has attracted an impressive roster of world famous performers each Labor Day weekend. About 25,000 country music fans camp on the Camrose Exhibition Grounds during each day of the Big Valley Jamboree, which contributes CDN $10 million to this small city’s economy each year.

Each November, Banff hosts its annual film and book festivals, which celebrate its unique Rocky Mountain culture. Films screened range from documentaries to unusual short films. About 60 of the 300 films submitted each year are shown and afterwards the winning filmmakers immediately embark on a 20 country world tour.