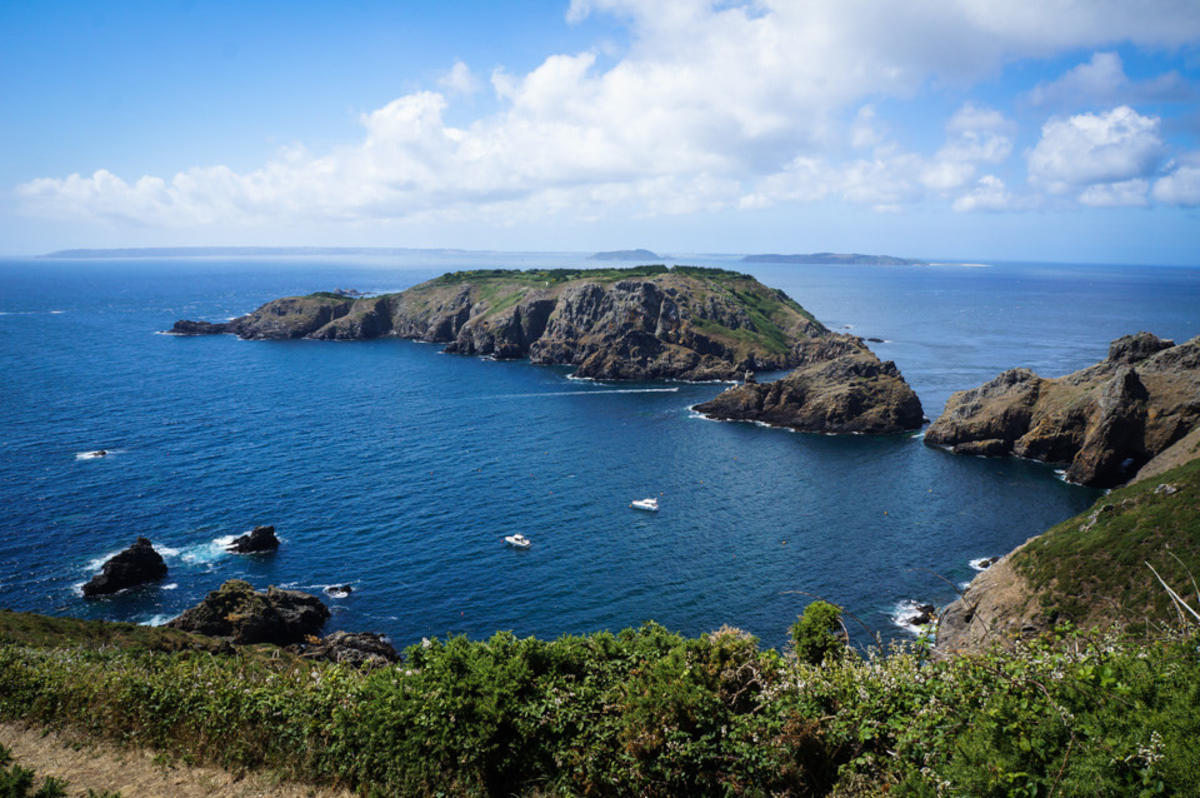 Despite being settled by the Normans of France, very little French language is spoken or seen upon the islands. Instead, English is the official language used on Sark and Herm.

Upon Sark and Herm, the local currency is the Guernsey pound. This currency is one of two currencies used in the Channel Islands, with the other being the Jersey pound. Denominations include notes and coins, which are known as pounds and pence respectively. Some of the smaller venues around Sark and Herm may not accept credit cards, especially restaurants. However, most places upon Sark will accept MasterCard, Visa, and American Express for payment. The islands are without any ATMs, so tourists need to plan carefully before reaching the islands. It is best to travel to the island with pounds sterling travelers’ checks rather than American dollars. This will save tourists money during the exchange process. Banking hours on Sark are traditional, but are not open on Saturdays.

Sark and Herm, along with the rest of the Channel Islands are one hour ahead of Coordinated Universal Time (UTC +1).

UK electrical plugs are found on Sark and Herm. The islands use 240 Volts at 50 Hertz, which is higher than the US. This means travelers from America will need a converter. British sockets are also used on the islands. They consist of one flat pin for grounding and two parallel flat pins.

When it comes to using cell phones, there is good coverage on the island of Sark, but Herm is more limited. It possible to find roaming services for the island through numerous international phone network companies. The island of Sark has the only post office, and there is an internet café and wireless internet operating upon the island. Herm is considered to be more limited in than Sark when it comes to communication services. Both Herm and Sark’s international dialing code is +44-1481.  ### Duty-free ### Duty-free restrictions do exist on the islands of Sark and Herm. For travelers with tobacco, they can carry 200 cigarettes, 50 cigars, or 250 grams of tobacco. They are permitted to combine these items, but cannot go over the granted limits. Alcoholic beverages are permitted to be carried into the islands too. One liter of liquor stronger than 22 percent is allowed, and two liters wine or liquor under 22 percent is permitted to be carried into Sark and Herm. Beer restrictions are more liberal. 16 liters can be brought into the islands.

Embassies in Sark and Herm

Click here for Visas and Vaccinations in Sark and Herm