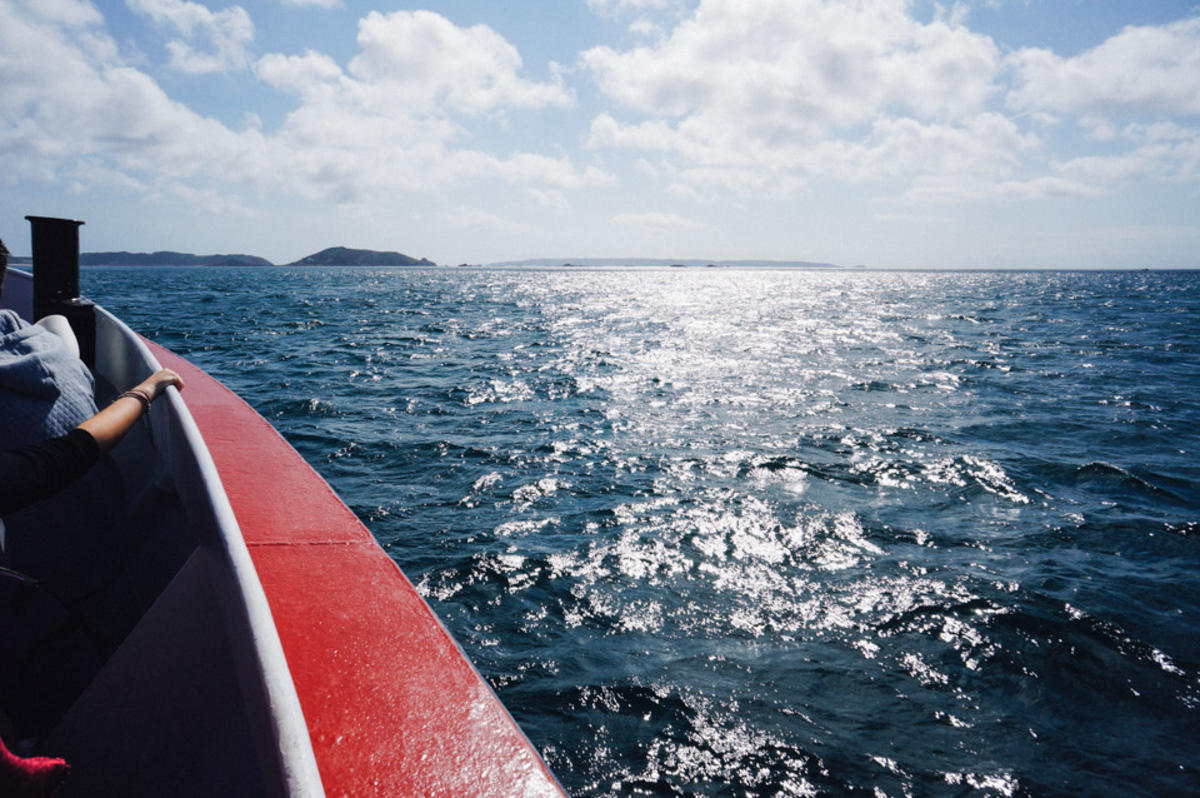 Since there are no airports operating on Herm and Sark, most visitors have to fly into Guernsey Airport. This is one of the primary airports in the Channel Islands, and only airport on Guernsey. About one million people pass through the gates of airport each year. Several air carriers operate from the airport, including Air Berlin, Blue Islands, Aurigny Air Services, Flybe, and Cityjet. However, some of these flights are generally seasonal, with their busiest months falling between April and October. Aurigny Air Service connects the island of Guernsey to eight different destinations, mostly in the UK. Flying to Guernsey direct from the United States is not possible, so tourists will need to fly into Frankfurt, London, Manchester, or Glasgow to make connections to Guernsey Airport.

The relatively modern terminal at Guernsey Airport is home to several shopping and restaurant facilities. Guernsey Duty Free is a large duty-free store offering a huge range of items for travelers. There is also a regular shopping store found inside the terminal, offering books, clothes, snacks, souvenirs, and more. Hungry passengers can head to the Caffé Ritazza, which is found close to the Food Village; another reliable and convenient establishment to buy food beverages. Wireless internet, disabled-passenger facilities, and conference rooms are also available inside the airport terminal.

Upon arrival into Guernsey, visitors will need to take a boat from the airport to the islands of Herm and Sark. From the airport, tourists will need to make their way to Saint Peter Port, which provides ferry services to the island of Herm and the island of Sark. There are several journeys between Guernsey and Sark each day, and several between Guernsey and Herm daily too. The trip to Sark takes about 50 minutes, while the journey to Herm takes considerably less. From the airport to the ferry port, visitors can take a taxi or bus.

Serving about one and a half million passengers a year, Jersey Airport can also be used to reach Sark and Herm. It is the busiest airport in the Channel Islands, with more than a dozen carriers serving it. Flybe and Blue Islands are certainly the busiest airlines operating from Jersey Airport. American travelers can reach Jersey through flights to Amsterdam, London, Paris, Frankfurt, and Zurich, among others. The airport is only a few miles from the St Helier Ferry Terminal, which allows connections to the islands of Sark and Herm by boat.

Click here for Travel Tips in Sark and Herm