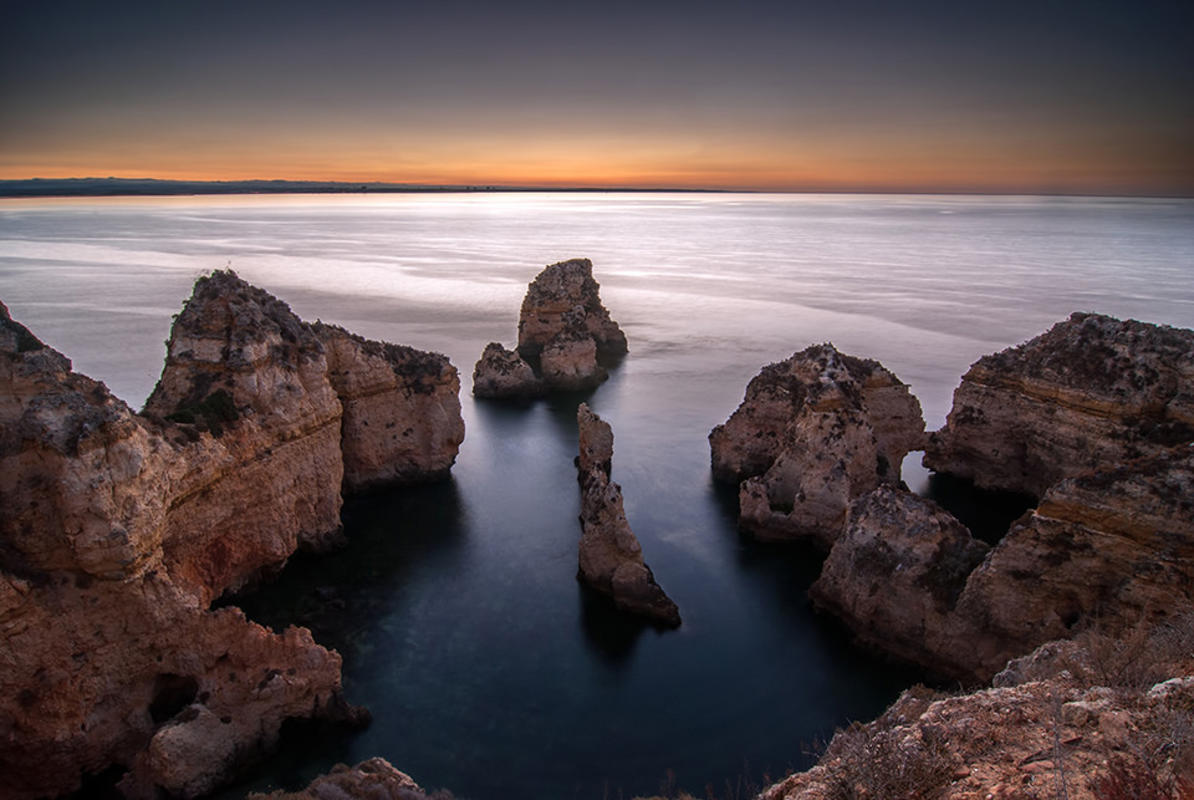 As one of Europe’s warmest countries, Portugal enjoys annual year-round temperatures of at least 64°F in the south and a slightly cooler 55°F in the north. Portugal’s notoriously hot summers soar as high as 95°F in the southern interior, the warmest region in the country, but even the north can get up to 86°F. Sunshine frequently interrupts their rainy and windy fall and winter.

Winter weather in coastal Portugal rarely fall below 41°F and averages closer to 50°F, but snow is a much more common sight inland, especially in the Serra da Estrela mountains where snow can fall as early as October and as late as May, but melt very quickly once the warmer spring arrives. The climate along Portugal’s southern Algarve coast is often compared to southern Spain or California.

Summer may be Portugal’s busiest travel season, but many believe the shoulder seasons of spring and fall are an even better time to visit as temperatures are warm without being uncomfortable and crowds significantly diminish. This is especially true in the Algarve, a popular beach resort destination and winter escape for northern European tourists.

The Alentejo and Alto Douro are the only parts of Portugal which are too hot to comfortably visit in summer. Average daytime temperatures in Lisbon remain over 71°F well into October and rarely drop below 48°F during the coldest winter months of December and January. Portugal’s wettest season is winter, which begins in November and lasts until March, but rain is far more common than snow. Unpleasant wind and precipitation rarely last long in Portugal, and the sun shines no fewer than 300 days a year.