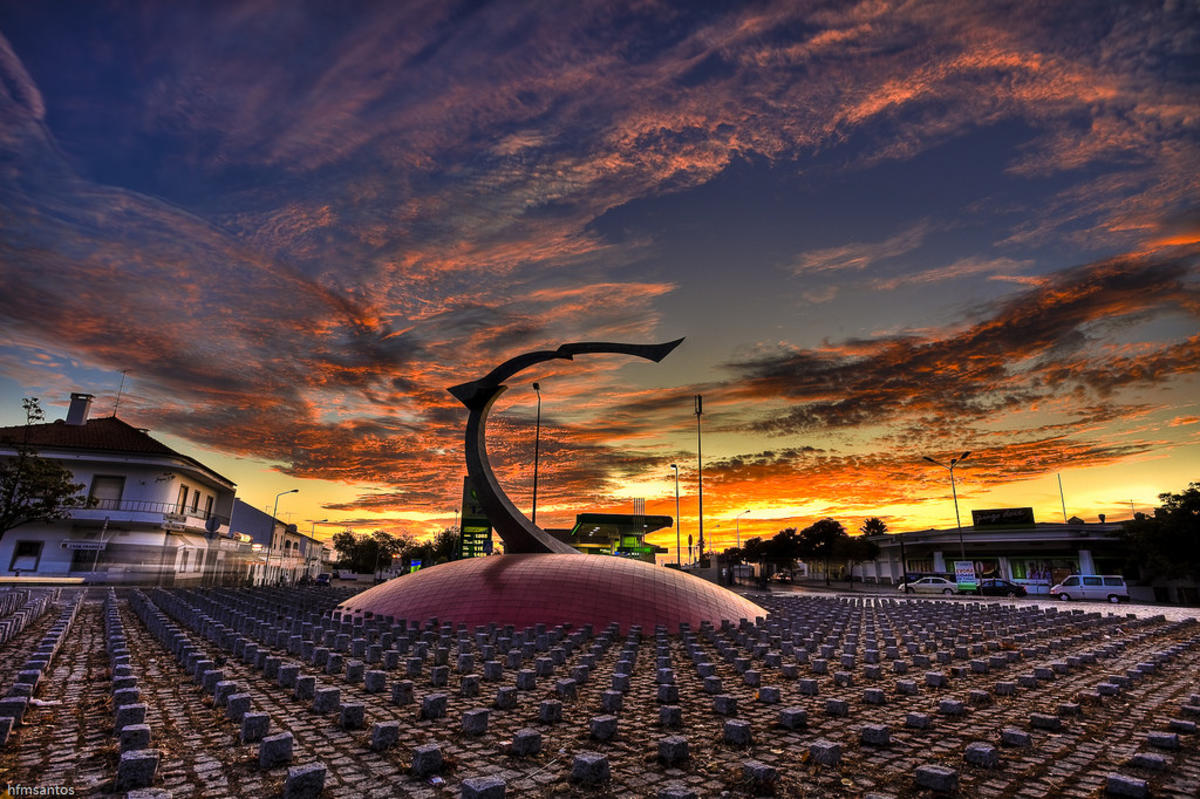 Most visitors to Portugal come to relax and party at the Algarve beaches or admire historic monuments like Lisbon’s Castle of St George, Tower of Belem and Jeronimos Monastery, also home to the Maritime Museum, which depicts Portugal’s golden age of exploration. The E9 European Coastal Path begins in Narva-Jõesuu, Estonia and ends 3,100 miles later at Cape St Vincent, Europe’s southwestern most point. The nation’s only national park, Peneda-Gerês, lies in the heart of Portugal’s largely unexplored northwest.

Lisbon’s imposing Castle of St George has stood upon the highest of the capital’s seven hills since the Moorish era. First constructed by the Visigoths, the Portuguese royal family has called this castle home up to the late 15th century. Named for Portugal’s King Joao I, the building was severely damaged during the devastating earthquake of 1755 , but has since been restored to its former glory. Visitors can look down upon the capital from the gardens, painstakingly preserved ramparts or the Torre de Ulisses periscope.
Address: Castelo de São Jorge, Edificio das Antigas Prisões, 1100-129 Lisbon
Phone: +351-218-877-244 or +351-218-882-831
Website: n/a

King Manuel I of Portugal ordered the construction of this stunning example of his namesake architecture in the late 15th century and building of the monastery began in 1502. Today, Portuguese poet Luis de Camões, best known for Os Luisadas, and explorer Vasco da Gama, most famous for his 1497 attempted trip to India, are both buried beneath the elaborate spires and towering columns. Many of Manuel I’s descendants are entombed within the chapels, while the cloister is filled with impressive galleries.
Address: Mosteiro dos Jerónimos, Praca do Império, 1400-206 Lisbon
Phone: +351-213-620-034/8
Website: http://www.mosteirojeronimos.pt/

The exhibits about Portugal’s golden age and colonization are among the highlights of the Maritime Museum, which was housed in the Naval School and Palace of Count Farrobo in Lisbon prior to being moved to the Jerónimos Monastery. One of the lesser known chapters in Portugal’s long maritime history, the 15th century seamen who regularly sailed to the far away Canadian province of Newfoundland, is depicted in the Deep Sea Fishing Room. Archives and plans of about 1,500 ships are displayed alongside the museum’s more than 30,000 photographs and 17,000 other exhibits.
Address: Maritime Museum, Praça do Império, 1400-206 Lisbon
Phone: +351-213-620-010
Website: http://www.museumarinha.pt/museu/ENG/Homepage/inde...

Lisbon’s 100-foot tall Tower of Belém was first built in 1515 to defend the Tagus River during the height of Portugal’s naval empire and it was the last sight sailors saw as they departed the capital. A Virgin and Child, the Our Lady of Safe Homecoming statue was built into the bastion’s terrace during the 18th century. Over the years, the tower has served as a lighthouse, telegraph station, customs control, and even a political prison whose cells were converted storerooms. The fourth floor terrace looks out over the west and the Tagus River, while a gangway leads to a fascinating museum.
Address: Torre de Belém, Avenida de Brasília, 1400-206 Lisbon
Phone: +351-213-620-034
Website: http://www.torrebelem.pt/en/

Portugal’s only national park sprawls across several rural villages and two major mountain ranges in the northwest section bordering Spain. The park’s main visitor information center is located in the lovely spa town of Caldas do Gerês, while Soajo and Lindoso are most famous for their cross-topped stone granaries called espigueiros. Visitors can take a leisurely drive around the park or hike up its many medieval buildings to see centuries-old dolmens, wild Garrano ponies and plants found nowhere else in Europe.
Address: northwest Portugal
Phone: n/a
Website: n/a

The Portuguese royal family once spent their summers surrounded by Sintra’s forested hills and fragrant Monserrate gardens. Today, this UNESCO World Heritage site has become the centerpiece of the natural park encompassing the Serra de Sintra mountain range and continental Europe’s westernmost point, the coastal Cabo da Roca. This peaceful retreat lies just fifteen and a half miles from bustling Lisbon and is easy to get to via train.
Address: 1 Rua Gago Coutinho, 2710-566 Sintra
Phone: +351-219-247-200
Website: n/a

No point in Europe lies further southwest than this beautifully rugged cape less than four miles from the Portuguese municipality of Sagres where numerous naval battles took place between the 16th and 18th centuries. The menhirs date back to the Neolithic times, when the ancient Greeks dedicated a temple to Heracles and the ancient Romans believed it to be a holy promontory where the world ended and whose sunset was larger than any other place on Earth. First constructed in 1846 over the remains of a 16th century convent, the lighthouse can be seen over 37 miles away from the busy shipping thoroughfare linking the Mediterranean Sea with the Atlantic Ocean. Rare Bonelli’s eagles soar above the cape’s towering cliffs, many of which are up to 46 feet tall. Motorists can drive the 3,100 mile long E9 European Coastal Path between this historic cape and the Estonian community of Narva-Jõesuu.
Address: Ponta de Sagres, Sítio do Farol do Cabo de S. Vicente 8650 Sagres - Vila do Bispo
Phone: +351-282-624-234
Website: n/a

Some of the world’s most significant prehistoric rock art sites reside within this Coa River valley archeological park in northeast Portugal discovered during the construction of a Duoro and Coa river dam. Building was brought to a halt after the 30 were unearthed, some dating back to 22,000 BC. The park only allows a certain number of visitors per day so advance reservations are required. Each guided rock art site tour lasts about an hour and a half.
Address: Northeast Portugal
Phone: +351-279-768-260
Website: http://www.ipa.min-cultura.pt/coa