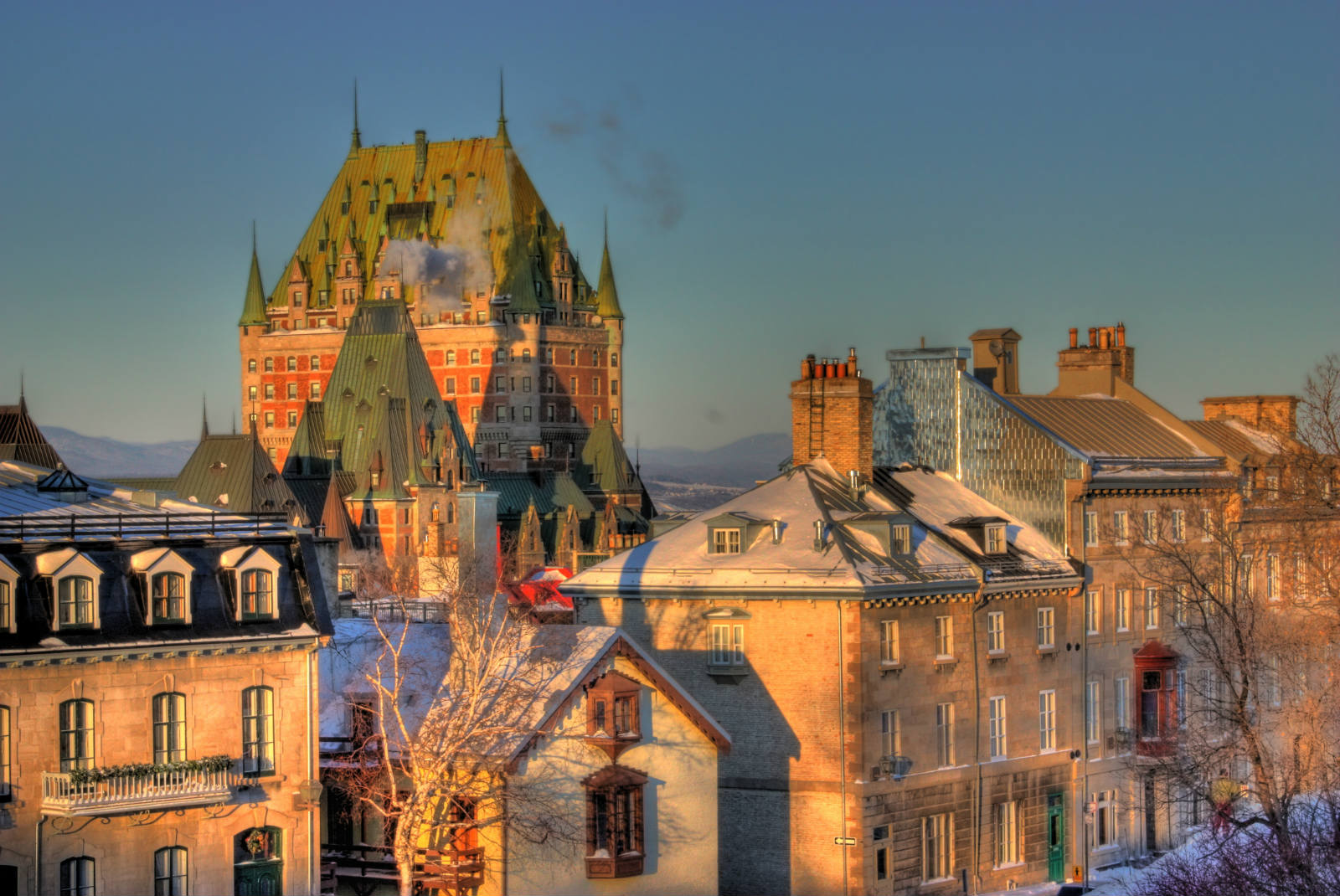 Québec, Canada’s largest province, is the only jurisdiction in North America where English is not the most commonly spoken language. The over seven and a half million Québécois, as they call themselves, are justifiably proud of their ability to preserve their French language and culture despite being vastly outnumbered by nearly 530 million English speakers in both the United States and the rest of Canada.

Québec’s most dominant landmark is the St Lawrence River, which runs through the middle of this vast province. Despite Québec’s large size, however, most of its population lives in the comparatively small section south of the St Lawrence River or along its northern banks. This includes the 50 percent of Québécois who live in or around Montréal, both Québec’s biggest city and the planet’s most populous predominantly French-speaking city outside of Paris. Montréal is also home to most of Québec’s English-speaking residents and a growing number of immigrants whose first language is neither English nor French.

Québec’s provincial capital, however, is Québec City, first founded in 1608. Visitors must travel as far south as Mexico to find another North American community with intact original city walls. Few North American city centers are as old or as well-preserved as Old Québec City, which gives visitors the feeling of walking – or taking a horse-drawn carriage journey – through Old Europe without crossing the Atlantic Ocean.

Outside its two major cities, Québec may have the most diverse landscapes of any Canadian province, from the beaches of the Magdalen Islands east of the province’s mainland to the endless forests and tundra of Québec’s isolated far north. Québec also contains Canada’s most popular skiing destination east of Alberta, the billion year old Saguenay Fjord, among North America’s most imposing, and Montmorency Falls, which tower almost 100 more feet above the ground than Niagara Falls.

Québec City’s Chateau Frontenac may be the province’s most famous hotel, but the province offers are countless more places to stay at all price ranges. In addition to all of the usual hotels and campsites found throughout North America, Québec also offers European-style gites and auberges, the latter of which range from fairly small bed and breakfasts to larger lodges. Booking ahead is essential during summer, the Laurentides winter ski season, Québec City’s legendary winter carnival, and the early spring maple sugar season when visitors can sample one of Canada’s most famous delicacies directly from the snow.

Québec is notorious for long and frigid winters, but visitors are often surprised by how hot summers can become, especially in southern Québec. The climate in southern Québec, including Montréal and Québec City, is humid continental with summer temperatures as high as 95°F. Québec’s large number of rivers and lakes increases summer humidity, winter snowfall, and year-round precipitation.

Montréal-Pierre Elliott Trudeau International Airport and Québec City Jean Lesage International Airport are Québec’s two main airports, but many visitors from the eastern United States and Canada choose instead to reach this well-connected province by car, bus, or train. Cruises and ferries across the St Lawrence River may be the most relaxing means of transportation around Québec.

Montréal boasts one of Canada’s best subway systems, called the Metro, in addition to its efficient bus network. Most other Québec cities are also fairly easy to navigate by bus or car, despite the fact all highway signage is exclusively in French. Many parts of Québec’s far north are only accessible by air or very isolated roads.