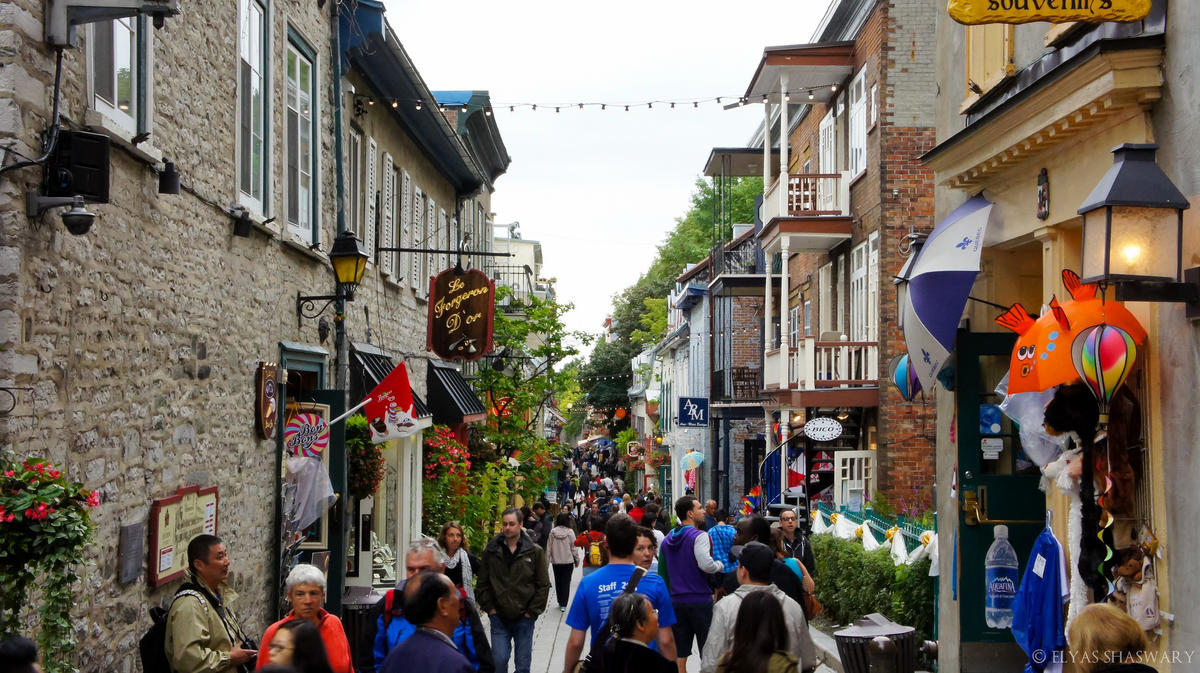 Reliable taxi service may not be hard to obtain in most Québec cities, but finding English-speaking drivers can be a challenge outside of Montréal. One Québec City taxi company whose drivers are bilingual, however, is Taxi Québec (+1-418-525-8123). In Montréal, the biggest challenge is finding a taxi company which picks up passengers throughout the island instead of just central Montréal. One Montréal taxi company which travels across the island, however, is Taxi Co-op (+1-514-845-1244), which will even jump start vehicles or unlock doors for extra fees. Renting vehicles in Québec is no more difficult than elsewhere in Canada, but motorists should carefully read the insurance sections in their contracts before accepting their vehicles. Drivers can usually rent and return vehicles in different cities at no extra cost.

Ferries and cruise ships up and across the St Lawrence River are among the most relaxing ways to travel through Québec, although some cruise ships are too large to travel through the river’s narrow section towards Montréal. Ferries also sail across the Saguenay, Ottawa, and Richelieu rivers. The Magdalen Islands are served by ferry services from Montréal, the Gaspé Peninsula town of Chandler, and Souris, Prince Edward Island. The ferries between the Québec town of Blanc-Sablon and the Labrador community of St Barbe are among the most important links between the two provinces.

Montréal contains not only an efficient bus service, but also an equally efficient underground metro, whose main flaw is the lack of air conditioning, which can make cars and stations feel uncomfortably hot. Québec City’s public transit network, the RTC, includes short electric Ecolobuses which stop throughout Old Québec City and larger gray and green Metrobuses which travel across the provincial capital. The Québec City suburb of Lévis has its own reliable bus network called STLévis.

VIA Rail’s Ocean train links eastern Québec and the Maritimes to Montréal, from which passengers can transfer to Toronto or Ottawa. Amtrak’s scenic Adirondack route travels six hours between Montréal and New York City each day, not including border crossing delays. Tshiuetin Rail Transportation links the Québec towns of Sept-Îles and Schefferville with western Labrador. AMT is Montréal’s suburban commuter rail line.