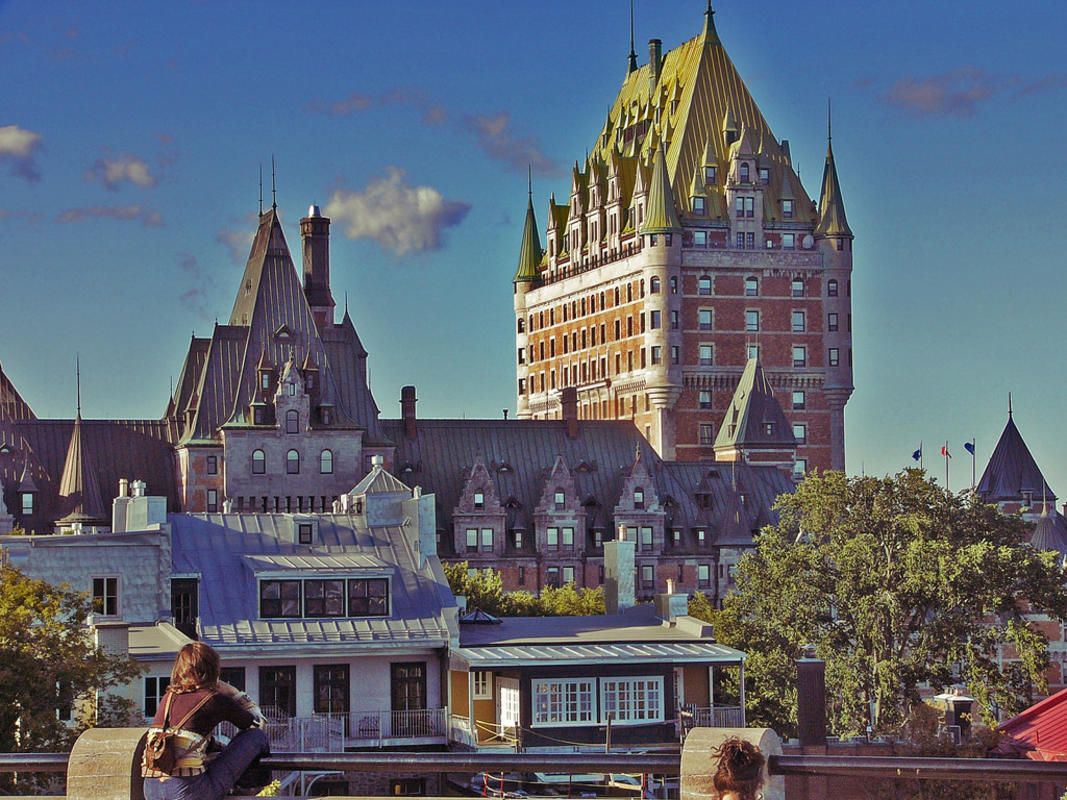 Québec is the only Canadian province where French is the dominant language. Nearly 80 percent of Québécois speak French as their first language, but 40 percent of Québécois also speak English. In Montréal, the percentage of people who speak both of Canada’s official languages is 64 percent, and 16 percent of Montreal’s population can speak at least three languages.

The Canadian dollar (C$) is Québec’s default currency. Although American dollars are accepted at many Québec border communities, large cities, and popular tourism attractions, exchange rates vary widely. Currency can easily be exchanged at most Québec banks in addition to international currency exchanges found in most major airports, hotels, and cities. ATMs are even easier to find in Québec, but some charge additional administration fees to withdraw funds. Most Québec businesses accept all major credit cards.

Most of Québec lies within the same Eastern Time Zone as Ontario and the eastern United States, five hours behind GMT, but the Magdalen Islands share the same Atlantic Time Zone as the three Maritime provinces, one hour ahead of Eastern Standard Time.

Québec uses the same Type B plug sockets and 110-120V electricity as the rest of Canada, so transformers and plug adaptors are necessary to use appliances of different voltages and plugs.

Québec shares the same +1 dialing code with the rest of Canada, but there are six different area codes for different parts of the province. Québec is served by the same major cellphone companies as the rest of Canada, including Bell Mobility, Telus Mobility, and Virgin Mobile. Visitors should not have trouble getting cellphone reception in most of Québec, except in parts of the province’s vast and isolated north. The best places to find free wireless internet access in Montréal are cafés and restaurants with Ile Sans Fil stickers in their windows.

Duty-free shopping is available at Montréal-Pierre Elliott Trudeau International Airport, Québec City Jean Lesage International Airport, and many border crossings between Québec and the United States. Customers headed towards the United States can buy up to US$400 worth of gifts, a liter of alcohol, and 200 cigarettes. Customs allowances vary according to which country customers enter.