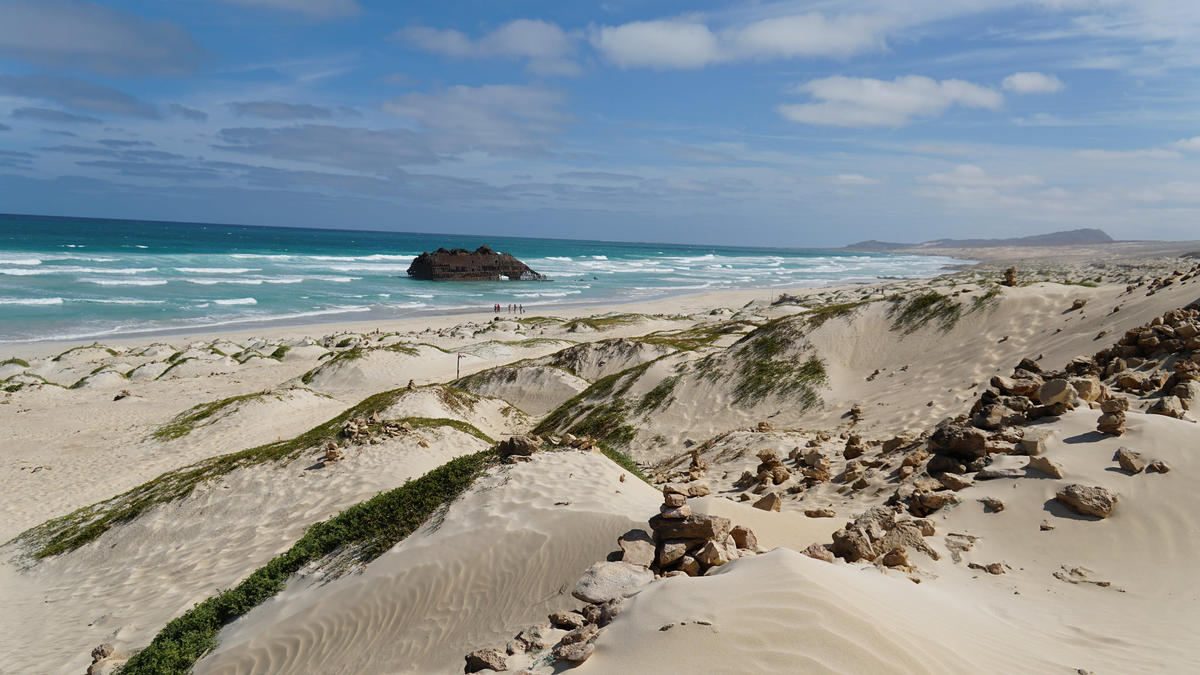 A former Portuguese colony inundated with vibrant African culture, the Cape Verde Islands reside in the heart of the Atlantic Ocean, 450 miles from the coast of Senegal. The archipelago gained independence from Portugal in 1975, and although initially faced teething economic problems, tourism now spearheads one of West Africa’s most prosperous nations.

One of the biggest draws to Cape Verde is the spectacular scenery and diverse landscapes strewn around the islets. The laid-back fusion of African and Portuguese culture, perfect climate and endless outdoor pursuits from windsurfing to hiking also lures visitors. Cape Verde is world-renowned for its spectacular waves, and as a result, attracts professional and amateur water sport enthusiasts year-round. The majority is geared towards surfing and water-skiing, but there is plenty to keep visitors entertained on dry land. Island hopping and tackling the various volcanic peaks around the archipelago are a fantastic way to explore the breathtaking scenery. Sal Island boasts one of the Atlantic’s most spellbinding sunsets, while numerous tours are available to discover the plethora of wildlife, particularly rare breeds of African birds.

The supply of hotels on Cape Verde, varying in cost and quality, continues to increase each year, buoyed by the ever-increasing influx of travelers hitting the islands’ shores. Large chain resorts found primarily on Sal Island, tend to offer competitive all-inclusive packages and deals, while hospitable, privately-run hotels and beach huts can be found in the smaller destinations and on the coastline. The islands are extremely proud of their mouthwatering culinary delights and local favorites include canja (chicken soup and rice), catchupa (marinated tuna, corn and bean stew) and various fruit and fish dishes, all of which are usually washed down with a glass or two of aquardiente (sugar cane rum).

One of the easiest ways to get between the Cape Verde islands is by propeller craft operated by TACV, with routes running to almost all of the islands. Fares are reasonably priced, although not as cheap as the more traditional ferry option. Daily boat services run between all nine inhabited islands; however, delays are fairly common and schedules tend to be irregular during the low season. On the larger islands of Boa Vista, Santiago and Fogo, car rental is one of the best ways to get around, with numerous local companies offering vehicles. On the smaller islets, cycling is pleasant way to explore the small villages and bucolic countryside.

Click here to learn about Things to Do in Cape Verde