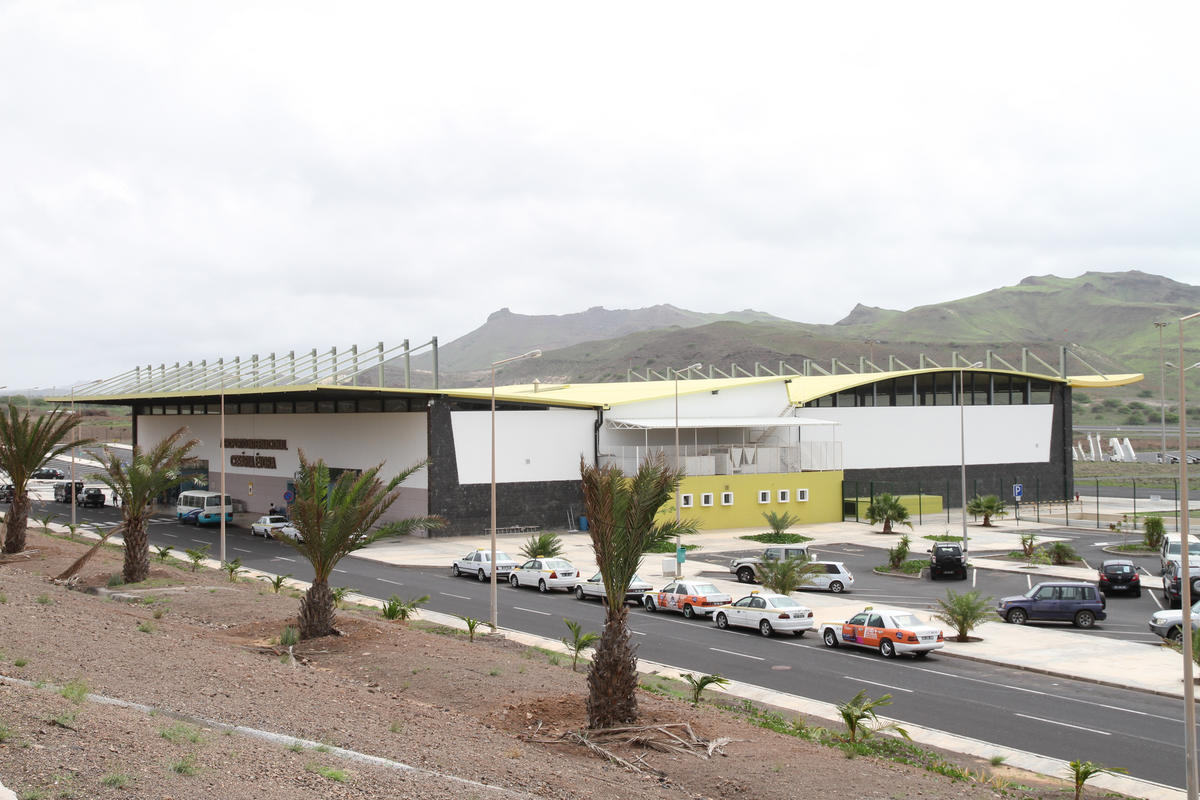 Also known as Sal International Airport, Amilcar Cabral is the main gateway to Cape Verde and the busiest in the archipelago, receiving just over a million passengers each year. In addition to a number of domestic connections to other islands, the airport welcomes flights from a number of major European and North American cities. The most popular airlines flying to the one terminal facility are local carriers TACV and Cabo Verde Express, in addition to SATA International, Neos and Jetairfly.

The two-story building is home to a small range of dining options and banking facilities, in addition to duty-free stores and other typical passenger services. Car rental through local firms is available, and there’re always a number of taxis outside. There are currently no public transportation options, but the airport is connected to nearby Santa Maria by road.

Located on the island of Santiago, Praia International Airport was recently opened in 2005. The one terminal facility has direct flights and connections regularly to a variety of destinations, but mainly to the other Cape Verde islands. Eight airlines fly from Praia, the most active being TACV, Halcyonair and TAP Portugal. The airport acts as a major departure hub for Africa, notably to Senegal and Angola. Considering its size, the terminal has reasonable facilities, including a duty-free store and snack bar. Car rental through local companies is available at the airport, in addition to taxis.

Located about three miles outside of Sao Vicente, Sao Pedro Airport is the third most useful airports in Cape Verde. Flights tend to be domestic, but there are regular routes to Amsterdam, Lisbon and Paris. The airport has one terminal which offers basic facilities. The only airlines that fly here are Cabo Verde Express, Halcyonair, TACV and TAP Portugal. The airport was recently renamed Cesaria Evora International Airport as a tribute to the country’s most famous daughter.