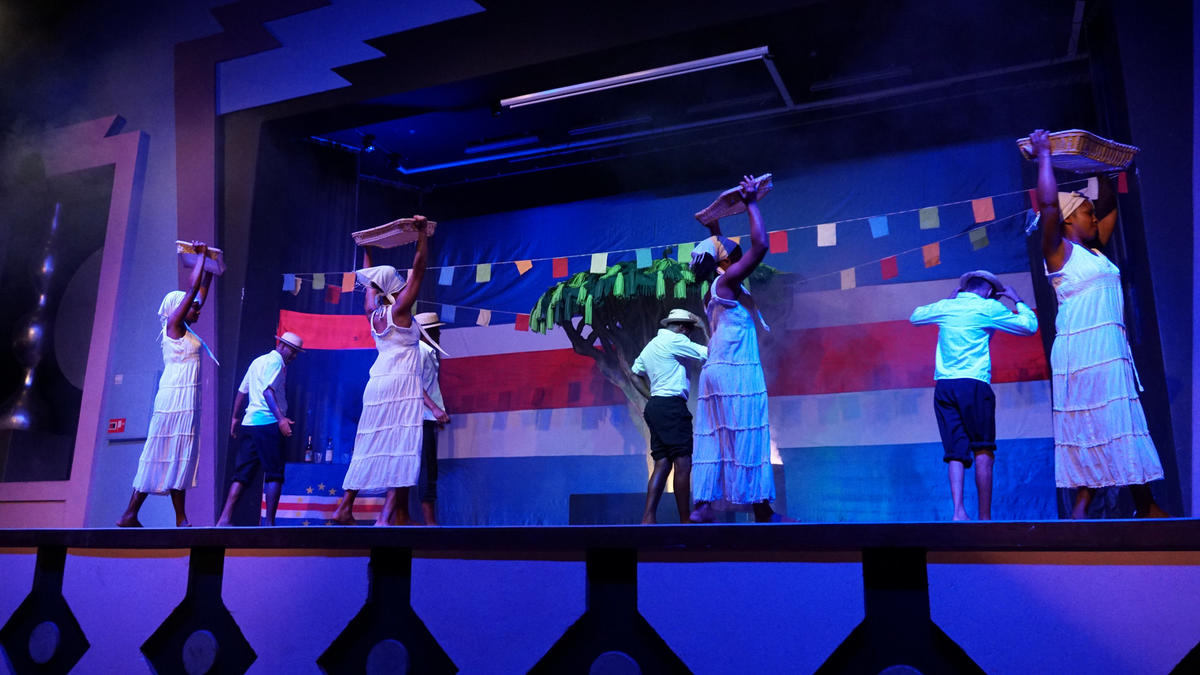 There always seems to be a Cape Verde holiday or festival going on. Whether it’s a religious ceremony or an excuse to spend time drinking and dining with family and friends, festivals on the archipelago are always a colorful experience well worth checking out. Carnival in February is a truly memorable time, while the Sao Joao celebration sees hundreds participate in processionals, folk dancing and street parties.

February sees the most colorful and spectacular festival of the island’s calendar and is one of the best times of the year to visit Cape Verde. No matter where you go, it is virtually impossible to escape the party and endless music in full swing. The most elaborate and hedonistic celebrations take place on the streets of Praia and Mindelo where everyone pulls out their fancy costumes and puts away their inhibitions. The dancing, drinking and debauchery goes on for days, with music, fireworks and huge parades.

Started in 2009, the Kriol Jazz Festival is held in the capital of Praia every April and attracts artists from around Cape Verde and abroad. The event promotes Cape Verde’s rich musical heritage, which hails from Africa, the Caribbean and Europe. Performances are held at locations around the city and get the community moving to the music all weekend long.

The Festival of Sao Joao

A passionate affair which incorporates the country’s traditional pastimes, bonfires are ignited to ward off evil spirits and bring fertility to the fields, while dancing, singing and street parties take place in San Antonio June 24th every year.

A raucous event which is celebrated on every island, Independence Day festivities are held July 5, commemorating the day the country gained its freedom from Portugal. Colorful celebrations complete with serious drinking the local favorite grogue and feasting are the norm and the fun carries through into the evening. It’s a great time to visit and experience the pride and light-heartedness of the locals.

Held for a weekend in September, the enjoyable Cape Verde music scene has evolved into an exciting and fast-growing event over the years, attracting local and international artists. A fusion of many different styles and influences, it’s a great spectacle. Cape Verdean people from across the islands, as well as tourists head to Santa Maria Beach to pitch tents and setup camp for the weekend. When the sun goes down, bonfires are lit and the party rages through the night.