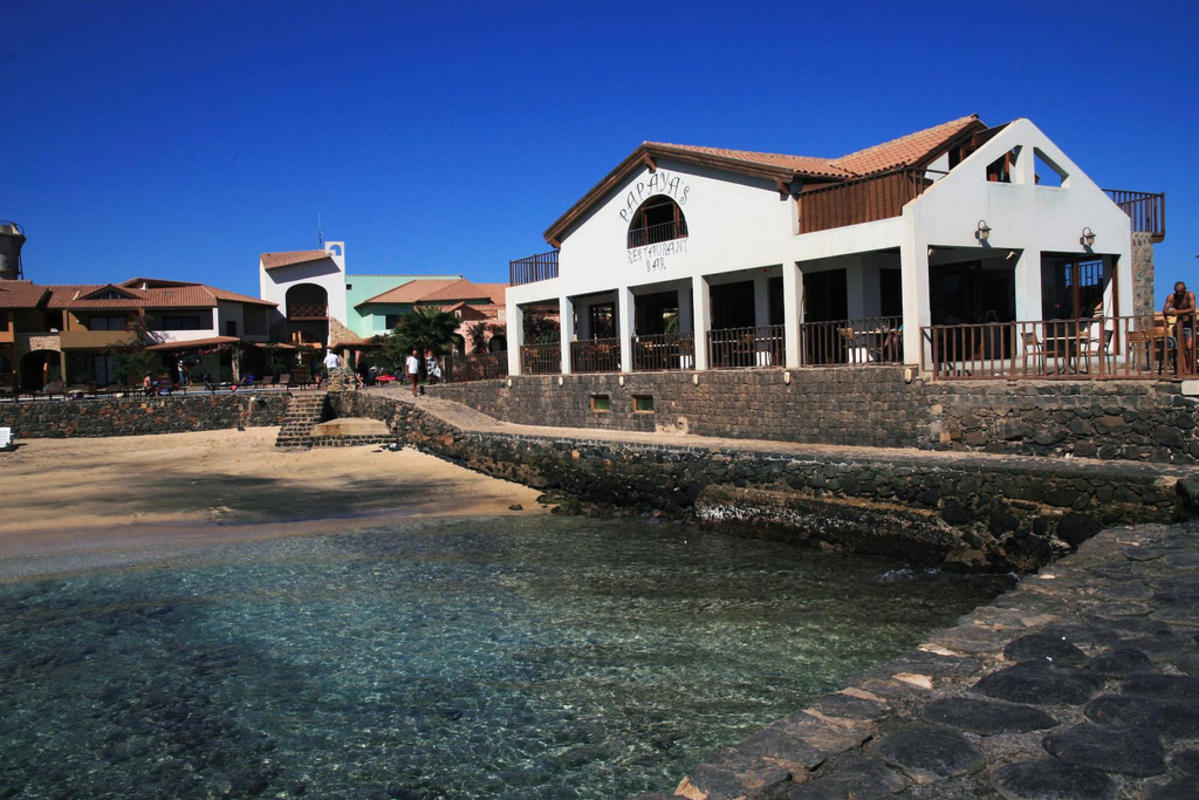 Cape Verde’s cuisine is fairly varied as a result of the islands’ location in the Atlantic and its enticing fusion of Portuguese and African. Fresh seafood is naturally a staple and present on most menus around the archipelago, especially catchupa (tuna stew) and octopus dishes. The ever-increasing influx of tourists has led to a noticeable increase in restaurants over the past few years, adding some diversity to the eateries on the larger islands, while wholesome meals are still served on the smaller islets.

Bars and Pubbing in Cape Verde

Nightlife on the islands is heavily influenced by traditional music, morna, which floats through the tranquil streets on most evenings. There is something for everyone in Cape Verde nightspots, ranging from beach bars to trendy clubs, local hangouts and flashy resort bars. Sal is one of the liveliest spots in the archipelago and is home to coveted drinking holes such as the stylish Blu Bar (Residence Soleil, Santa Maria), which serves some of best cocktails in town, and the raucous Pub Calema (Rua 1 de Junho, Santa Maria). For a more relaxing evening, head over to the Bar Tortue (Morabeza Hotel, Santa Maria).

Situated on the island of Sao Vicente, Mindelo is without a doubt the cultural capital of Cape Verde and a fantastic town to spend a few evenings. La Bodeguita de Mindelo (Travessa do Cadamostro, Mindelo, Sao Vicente) is popular hangout with both locals and visitors and keeps its doors open late most nights. A great bar to grab an early evening cocktail is Quiosque Praca Nova (Avenida 5 de Julho, Mindelo, Sao Vicente), a bustling, outdoor café perfect for people watching.

Dining and Cuisine in Cape Verde

Dining options are rather diverse throughout the archipelago, particularly in the busier destinations, such as Mindelo, Praia and Santa Maria. Ocean Cafe (Rua 15 Agosto, Praca Central, Santa Maria, Sal) is highly recommended for its great atmosphere and exceptional Italian and tapas dishes. However, if you want to taste Cape Verde’s renowned seafood, head to south beach and check out Barracuda (Sur la Plage, Santa Maria, Sal), which boasts some of the best fish and fresh lobster.

Chocolate Restaurant (Rua 19 Setembro, Mindelo, Sao Vicente) is one of Mindelo’s most popular spots, with a varied array of dishes from Hungarian to Cajun. To experience an authentic Cape Verde cuisine, book a table at Pica Pau (Rua St. Antonio 42, Mindelo, Sao Vicente). Situated in a small alley, the restaurant’s food is excellent and the atmosphere is great.

Click here to learn about Shopping and Leisure in Cape Verde