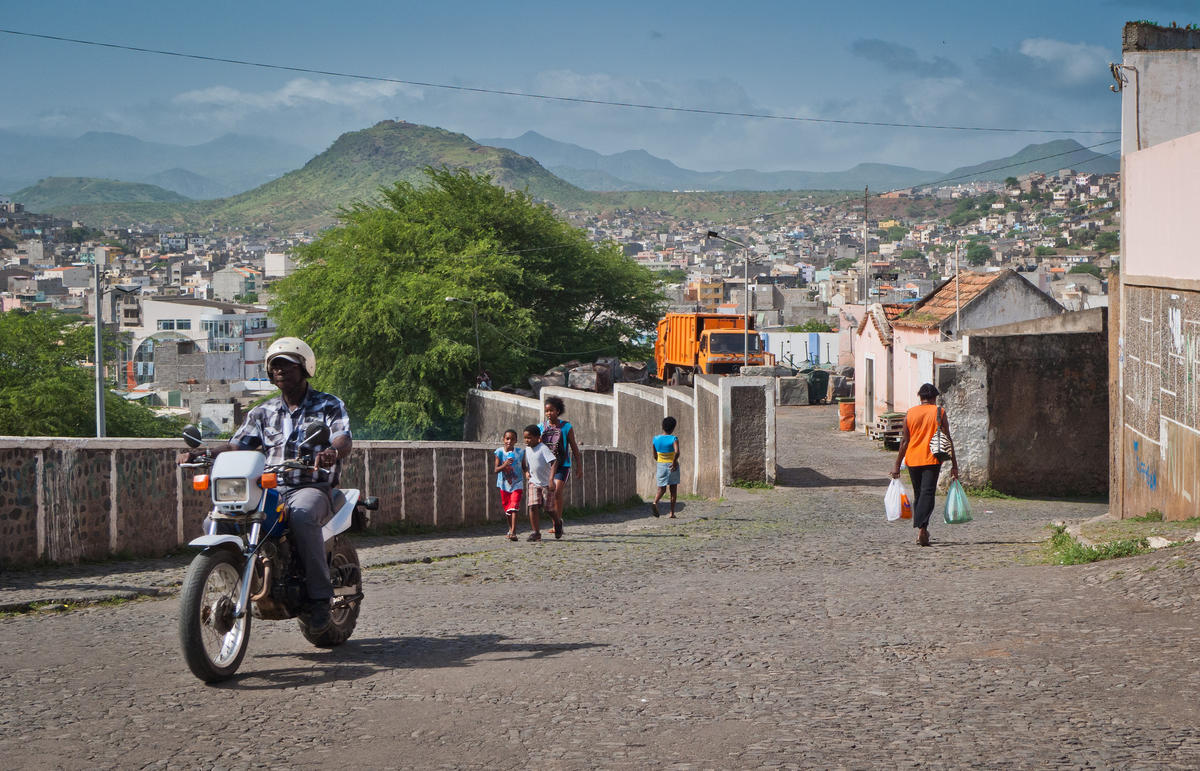 Traveling by taxi is a useful and inexpensive way to explore Cape Verde and most of the larger towns and resorts have cabs waiting. The majority of drivers speak basic English and the quality of the car is usually to a high standard. Although most are metered, it is worth agreeing on a price before setting off.

The cheapest way to get around Cape Verde is via aluguers, small minibuses that are easily identified and run along set routes through town. They are often full of passengers and packages, and usually operate daily until the early evening. All you need to do is simply shout when you want to get off.

Car rental is available, but only worthwhile on the larger islands of Santiago and Boa Vista. A host of local companies is available at the airport and towns include Alucar (+238-2615-801). Gas is relatively cheap and the main roads are well-marked. Small motorbikes and bicycles can also be rented for a fun way to see the sites.

Daily ferry services run between all nine inhabited Cape Verde islands; however, delays are fairly common and routes tend to be irregular during the low season so make sure to check the schedule ahead of time. A few different companies serve the islands, most notably Polar (+238-2615-223), which connects the towns of Praia, Fogo, Brava and Maio. Some of the trips like from Sao Nicolau to Praia are overnight and only offered twice a week.

Local carrier TACV flies to all inhabited Cape Verde islands aside from Brava. The prices for domestic sea planes tend to be inexpensive if tickets are purchased in Cape Verde; however, you may want to invest in a Cabo Verde AirPass if you plan on island-hopping. These are only available outside the country and you have to arrive by TACV to be eligible. Savings are small so it may not be worth the sacrifice in flexibility.

Click here to learn about Airports in Cape Verde