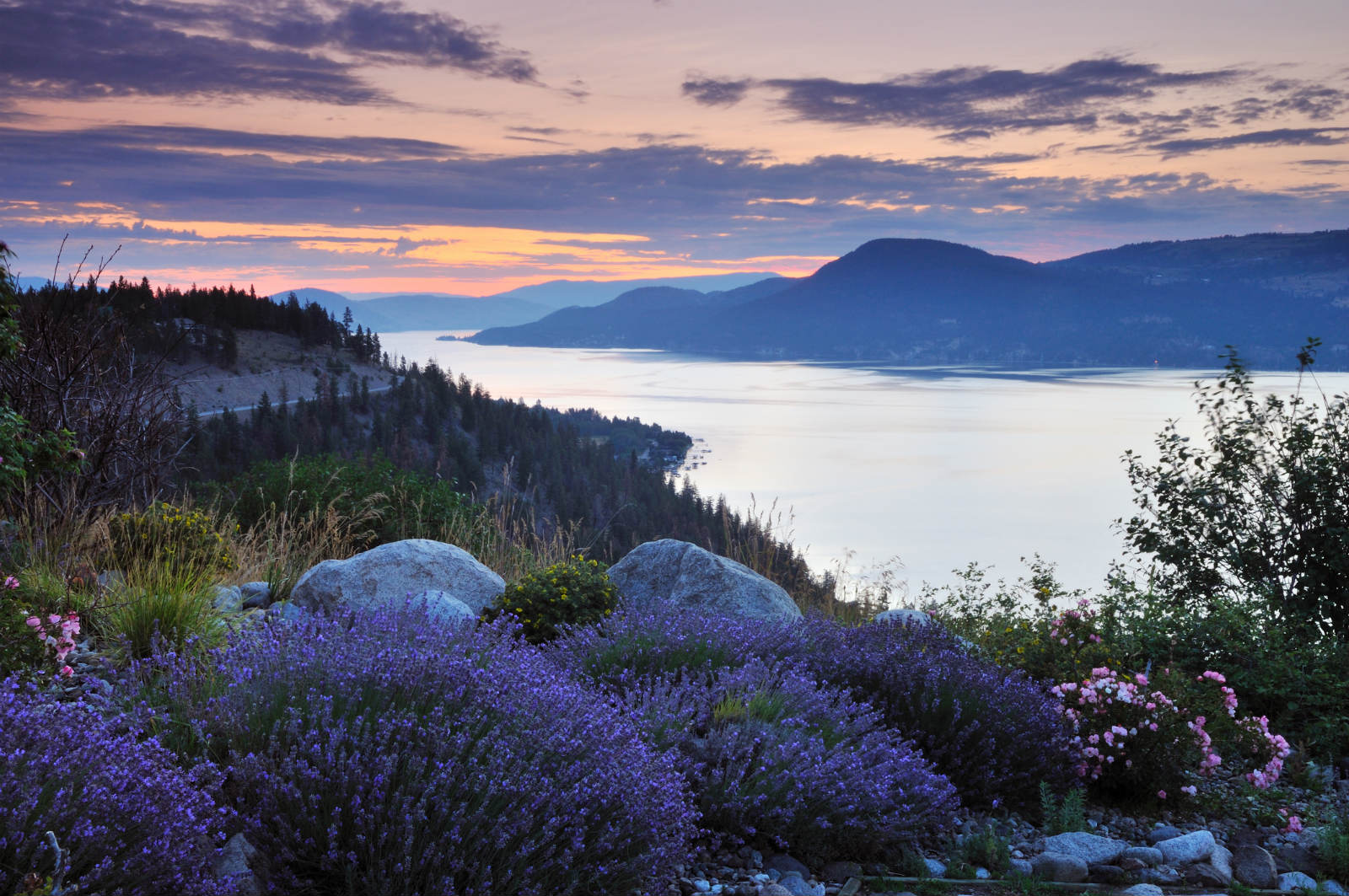 "Beautiful British Columbia" certainly lives up to the motto inscribed on the license plates in Canada’s westernmost province. Originally geographically isolated from the rest of Canada, British Columbia became the country’s sixth province in 1871. Since the 1885 completion of the Canadian Pacific Railway connecting western and eastern Canada, people have flocked to British Columbia in droves, both to visit and stay.

The year-long mild weather that most of British Columbia enjoys is what makes this province so attractive to Canadians living elsewhere, who spend most of their winter submerged in snowdrifts while BC plays golf and relaxes outdoors without jackets in temperatures several degrees above freezing. British Columbia’s mild climate also makes it the only Canadian province with a desert, rainforests, and cities warm enough throughout the year for palm trees to grow.

British Columbia is also the only Canadian province where skiers can soar down glaciers in the middle of summer at North America’s only year-round ski resort. Visitors enjoy heliskiing, snowcat skiing, regular skiing, or snowboarding at eastern British Columbia’s Rocky Mountain resorts or the continent’s biggest ski resort, Whistler, less than 2 hours and 30 minutes from Vancouver along the Sea to Sky Highway.

Visitors must travel very long distances to see all of British Columbia’s diverse landscapes, from the rugged northwest near the Alaska Highway to the Okanagan Valley’s sunny southern wineries. However, visitors can opt to spend their entire British Columbia vacation in Vancouver, the province’s largest city, without running out of natural beauty to admire or things to do. British Columbia’s provincial capital, Victoria, is a more sedate place with an English atmosphere and the northernmost Mediterranean climate on the planet.

Although Vancouver and Victoria both offer their fair share of quality hotels and other accommodations in all price ranges, visitors wishing to rough it will not want to miss camping surrounded by mountains or forests at any of British Columbia’s well -kept national and provincial parks. Although many visitors are surprised to learn Victoria boasts more restaurants per capita than Vancouver, diners will find no shortage of ethnic dining opportunities in either of BC’s biggest cities. Vancouver’s Asian restaurants are especially renowned and its dim sum options rival many of their counterparts in China.

Air travel may be the fastest way to travel both to and around British Columbia, but the most relaxing and most scenic way to enter and explore the province is arguably the railway which first linked British Columbia to eastern Canada. Rail is also the easiest way to get from Vancouver International Airport, British Columbia’s largest air hub to downtown Vancouver aboard the Canada line of the SkyTrain service. Airplanes and ferries are the only ways to travel to Victoria and the rest of Vancouver Island from the mainland.

Many of Canada’s most scenic drives are situated in British Columbia, from much of the isolated Alaska Highway in the province’s northwest to Highway 101 along British Columbia’s southern Sunshine Coast, north of Vancouver. The recent twinning of the Sea to Sky Highway from Whistler to Vancouver has made this iconic drive much safer.

Click here to learn about Things to Do in British Columbia