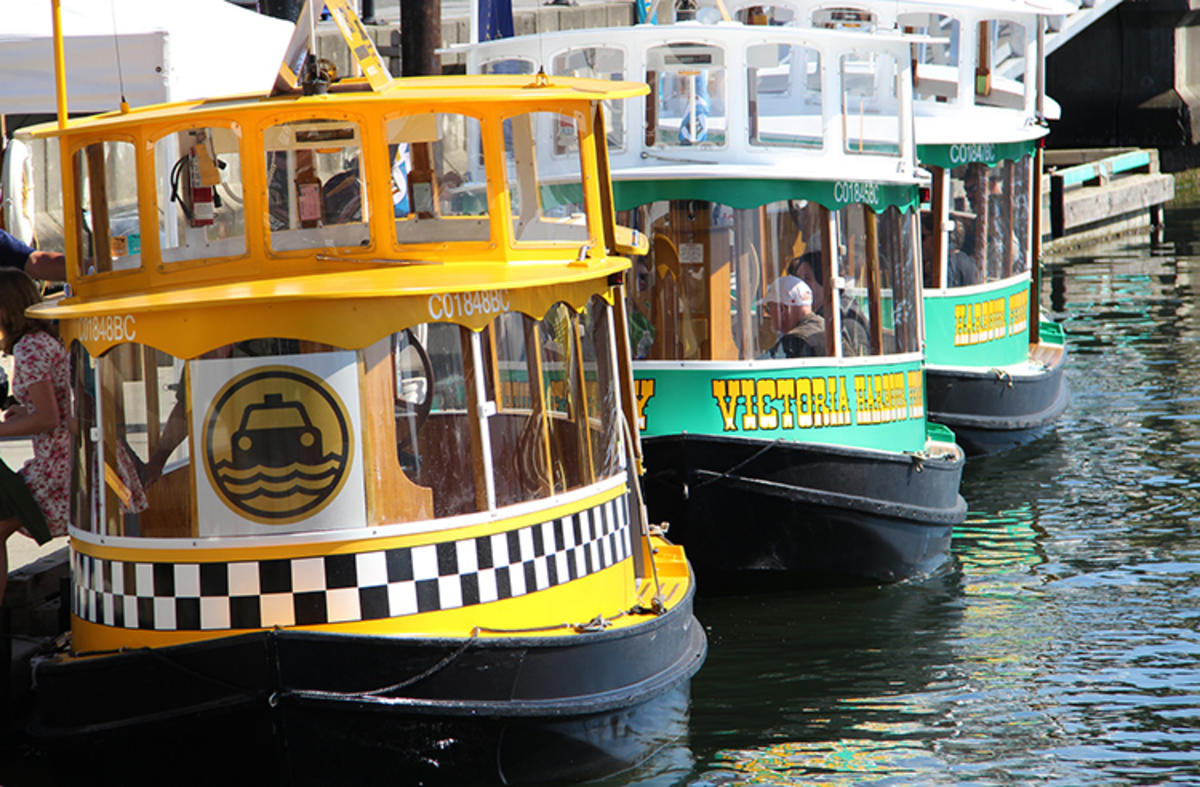 Yellow Cab (+1-604-731-1111) may be Vancouver’s biggest taxi company, but at least three more taxi companies travel regularly between Vancouver and its bustling international airport. One of these companies, MacLure’s Cabs (+1-604-731-9211), has been in business for over a century. Although taxis are not practical for long distances in this vast province, most sizeable British Columbia cities offer taxi and car rental services.

Although Vancouver, Victoria, and their respective airports offer British Columbia’s biggest vehicle rental selections, getting a car is literally the only way to travel between Vancouver and the smaller Abbotsford International Airport, situated in a distant suburb with no public transportation to Vancouver. All British Columbia fuel purchases must be pre-paid prior to using gas pumps and all motorists must exercise special caution while driving in winter, at night, through the mountains, or in isolated areas.

Many islands off British Columbia’s west coast, including Vancouver Island, are accessible only by ferry. BC Ferries operates most of the routes between British Columbia’s islands and mainland, the busiest of which run between Victoria and mainland Vancouver. However, the northern city of Prince Rupert is the starting point of two more scenic ferry routes to the Queen Charlotte Islands and Vancouver Island’s northernmost community, Port Hardy. The Discovery Coast Passage route between Bella Coola and Port Hardy operates only in summer. The high-speed Victoria Clippper catamaran sails regularly between British Columbia’s provincial capital and Seattle, Washington. Vancouver is the only major Canadian city where many residents commute to work by ferry.

Victoria and Kelowna are among the handful of North American cities whose public transportation systems include double-decker buses. Day passes valid for one hour aboard Victoria’s BC Transit buses are easily available, and children five years old or younger travel free. Although buses are part of Vancouver’s TransLink public transit system, many residents prefer to use the city’s SkyTrain, SeaBus rapid rail transit and passenger ferry networks.

Greyhound Canada may be British Columbia’s most widespread bus network, but smaller bus companies include Pacific Coastlines run between Vancouver, Victoria, Whistler, and Nanaimo, as well as Malaspina Coastlines between Vancouver International Airport and various destinations throughout the city and the scenic Sunshine Coast.

Rail may no longer be British Columbia’s most dominant means of transportation, but it remains one of the most scenic ways to see this beautiful province. Vancouver is the endpoint of VIA Rail’s unforgettable Canadian route from Toronto through the Rocky Mountains. Other VIA Rail passenger routes include the Skeena from Jasper, Alberta, to Prince Rupert and the Malahat between the Vancouver Island cities of Courtenay and Victoria. Amtrak trains travel from Vancouver to Seattle, Washington, while the Whistler Mountaineer takes about three hours to reach Whistler from Vancouver.

Click here to learn about Airports in British Columbia