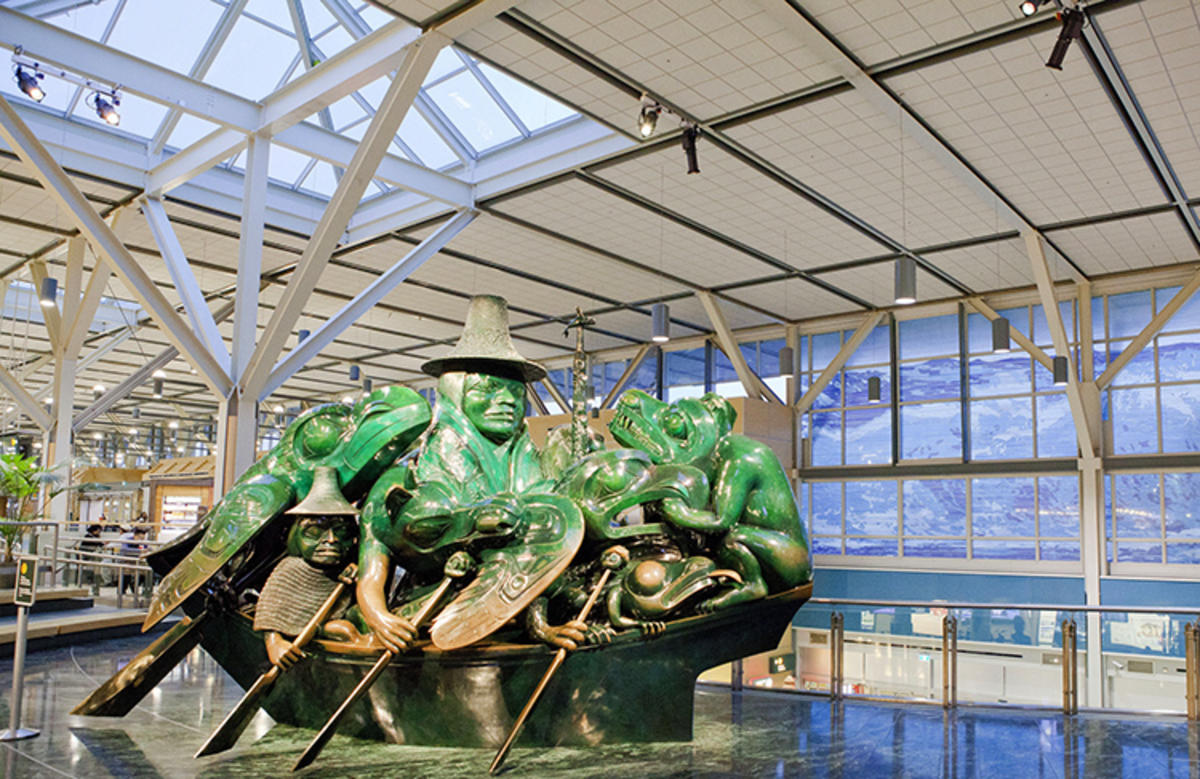 Vancouver International Airport, Canada’s second busiest airport is not only the major air gateway to British Columbia’s largest city, but also the main air link between Canada and Asia. Passengers can easily walk between the airport’s domestic terminal, which handles all WestJet and Air Canada flights to other Canadian cities, and the international terminal, which manages flights from destinations as distant as Asia, Australia, New Zealand, and Europe. The airport’s separate South Terminal exclusively handles the small seaplanes and prop aircraft which serve the numerous isolated northern British Columbia and Yukon communities which are accessible only by air.

Unlike many other airports, Vancouver International Airport’s restaurants and shops are required to charge no more than their counterparts elsewhere in the city. Therefore, passengers can usually enjoy fast food snacks or longer meals at the Domestic Terminal Milestone’s restaurants without breaking the bank on both sides of the International Terminal’s security area.

Passengers can travel between downtown Vancouver and the airport’s Sea Island location in under 30 minutes aboard the SkyTrain’s Canada line. Although an extra CDN $5 is added to SkyTrain journeys from the airport, passengers can avoid paying this extra fee by purchasing FareSavers, DayPasses, or other pre-paid tickets at the airport’s 7-Eleven or PharmaSave branches. The airport taxis parked outside Baggage Claim can also reach downtown Vancouver, British Columbia in less than 30 minutes, but cost over twice as much as SkyTrain tickets. Those wishing to travel in luxury can board Limojet Gold limousines for the city. No fewer than seven international car rental chains are stationed at the parkade’s ground floor.

Frequent flights to Vancouver may form the bulk of Victoria International Airport’s traffic, but this airport also provides non-stop United flights to San Francisco and Horizon Air flights to Seattle in addition to several WestJet and Air Canada flights to Edmonton, Calgary, and Toronto. Passengers may grab cups of joe at Starbuck’s, Tim Horton’s, or the independently run Airside Café, while LT Travel Retail North America is just one of the airport’s available shops. A 30 minute drive north of British Columbia’s provincial capital, the well-appointed airport even includes pet relief and children’s play areas. The terminal features ATMs in its main hall, an Arrivals area with tourist information and an international currency exchange.

The most reliable public transportation to and from Victoria International Airport, the AKAL Airport Shuttle Bus, stops at several downtown hotels during its 45 minute, one-way journey. Two city bus routes, 83 and 79, make more sporadic excursions to the airport. Car rental options include an off-site Enterprise dealership, as well as National, Hertz, Budget, and Avis Arrivals area offices. Many visitors choose to fly into Victoria aboard floatplanes departing from Vancouver International Airport.

Click here to learn about Travel Tips for British Columbia