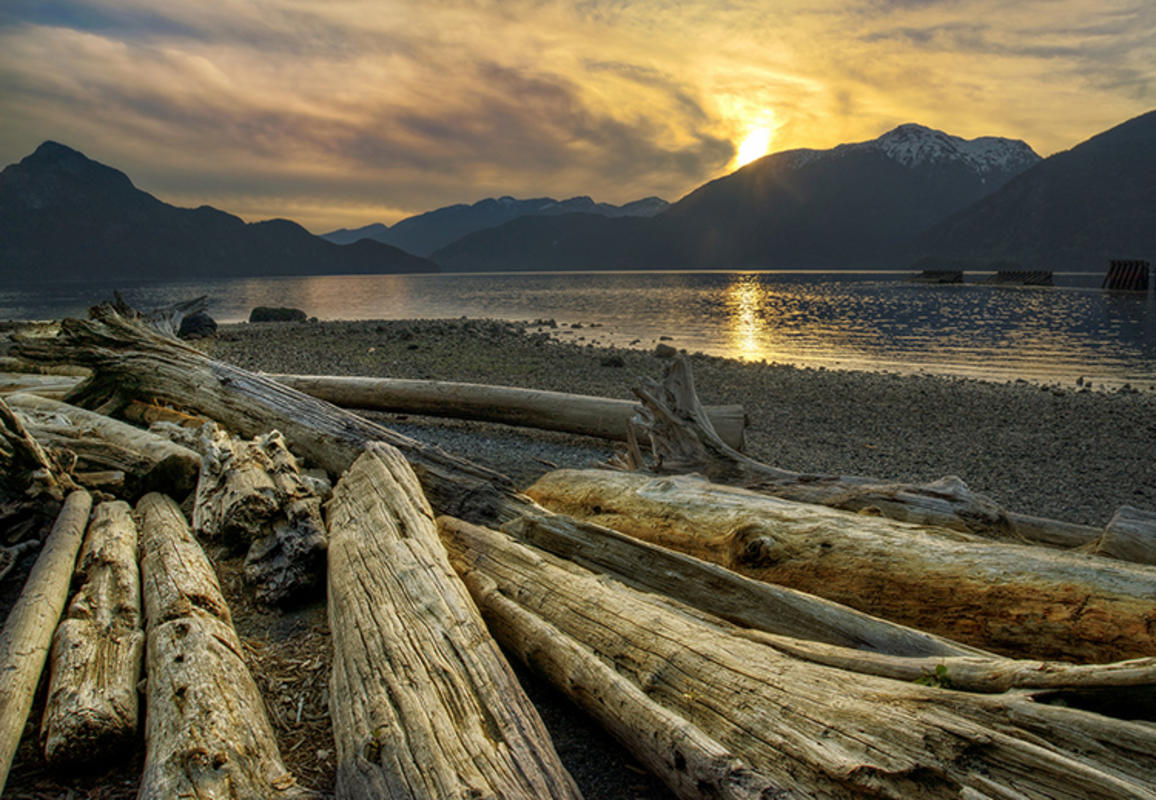 British Columbia’s weather is the envy of all other Canadian provinces, especially during winter. While most of Canada is buried in snow, much of southern British Columbia enjoys climates mild enough for golfing or rollerblading. British Columbia’s northern interior is the only provincial region whose average winter temperatures are just as cold, if not colder, than the rest of Canada. Average January Prince George lows can plummet to an icy 30°F (-14°C). The mild winter the rest of the province enjoys are caused by the Kuroshio Current along the Pacific Ocean and the mountains which block eastern British Columbia’s harsher climates.

The Okanagan Valley enjoys some of the hottest and driest summers in all of Canada, with Osoyoos July daytime temperatures averaging up to 90°F (32°C). Unfortunately, these dry conditions have also caused a number of forest fires in recent years. British Columbia’s coast, often rainy and foggy in winter, is usually sunny and pleasant in summer. Contrary to popular belief, British Columbia’s rainiest city is not Victoria or Vancouver, but the northern coastal city of Prince Rupert.

Like most other Canadian provinces, British Columbia experiences its top tourism season in summer, when most attractions are open and the weather is at its hottest. Although winters are much milder than those in the rest of Canada, the frequent rain and fog can still put a damper on visits to Vancouver, Victoria, and other coastal areas. Most winter British Columbia visitors head directly to Whistler, Golden, or other popular ski resorts.

Fall and spring may be British Columbia’s least busy tourism seasons, but are the best visiting times for people wishing to avoid summer crowds while still enjoying the province’s pleasant climate and beautiful wilderness. June and September are the shoulder months and are especially lovely and uncrowded. Hotel and airfare costs are at their lowest.

Click here to learn about Festivals and Events in British Columbia