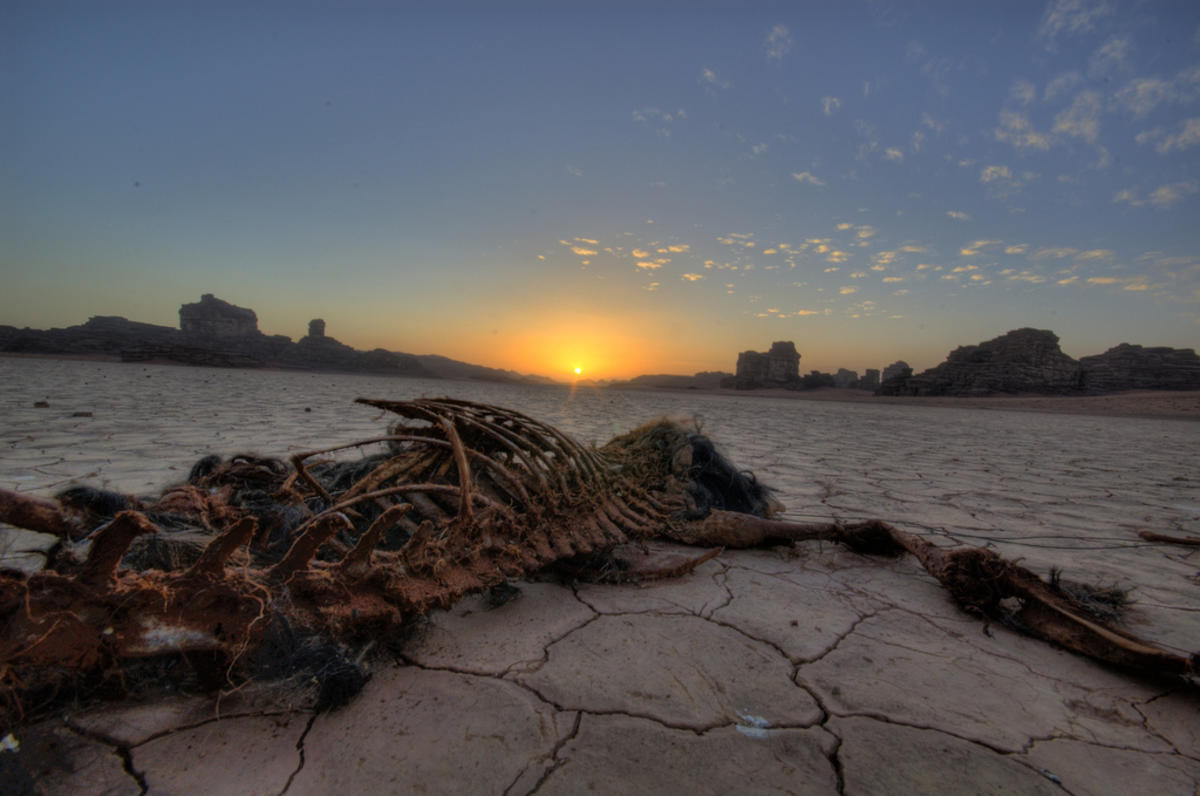 Scorching hot temperatures as high as 122°F and virtually non-existent rainfall is the default climate in most of Saudi Arabia between May and September. During Saudi Arabia’s hottest summer months, July and August, many people flee the unbearable heat for the comparatively cool mountain city of Taif or leave the country altogether. The average summer temperature in coastal cities like Jeddah and Mecca may be a relatively lower 100°F, but Saudi Arabia’s coasts are far more humid than its inland deserts.

Saudi Arabia’s winters are far less unbearably hot, with Riyadh’s daily December highs averaging at a pleasantly warm 70°F and frequently plummeting below freezing at night. Winter is also when Saudi Arabia receives much of its rainfall, and some southern Saudi mountains even see occasional snow. Southern Saudi Arabia also receives a surprisingly large amount of rainfall during the May to October Indian Ocean monsoon season. The spring months of April and May can also be quite rainy in Saudi Arabia.

Visitors unaccustomed to extreme desert heat and humidity should avoid visiting Saudi Arabia between its hottest summer months from May to September. July and August are Saudi Arabia’s hottest months, and much of the country grinds to a halt as most Saudis take their holidays during these torrid summer months. The best months to visit the Asir Mountains, the preferred summer resort destination for some Saudis, are between February and November to avoid heavy winter fog.

Saudi Arabia’s coastal cities are best visited during the comparatively cool winter months from November to February. Although loose, light, and modest clothing must always be worn in Saudi Arabia, visitors should also bundle up further during winter visits to Riyadh and other inland desert areas, where winter nights can be surprisingly cold and crisp.

Visitors unable to fast during the day should avoid Saudi Arabia during the holy month of Ramadan, when many restaurants are closed during the fasting period. Saudi Arabia’s busiest times of year are the annual Hajj pilgrimage to Mecca and the Eid al-Fitr celebrations that take place at the end of Ramadan. All of the above holidays can fall at any time of year due to the Islamic calendar.

Click here for Festivals and Events in Saudi Arabia