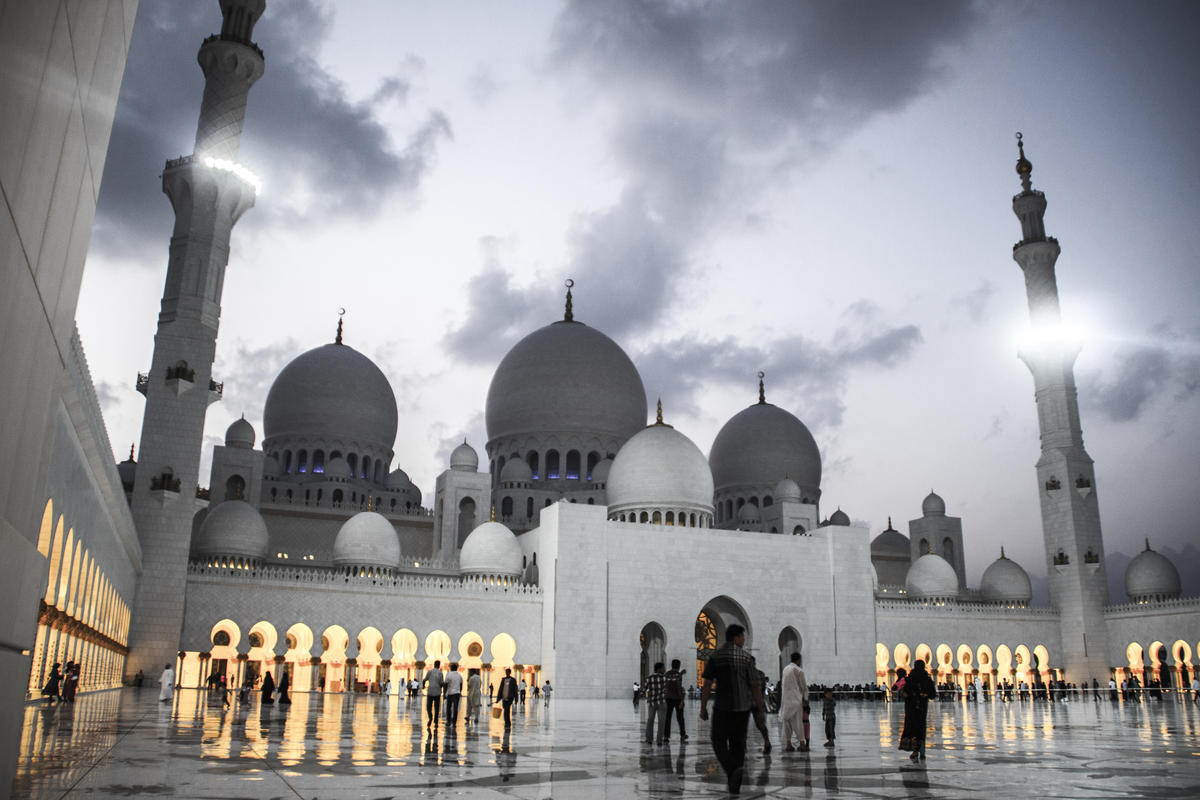 In recent years, Saudi Arabia has struggled to balance its conservative Muslim culture with the arrival of worldly Western pursuits such as fast food, video games, and shopping malls, all of which are extremely popular among Saudi youth. Saudi Arabia, however, remains a land where women must dress entirely in black, alcohol is strictly banned, and everything stops during the five daily prayer times. Several Saudi traditions date even further back than the Prophet Mohammed.

Saudi Arabia’s earliest known residents were nomads who roamed throughout this vast desert land between 15,000 and 20,000 years ago. Medina and Mecca were both thriving trading posts by the time Islam’s Prophet Mohammed was born in 570. Mohammed united Saudi Arabia’s various trades under a single religion, Islam. Many artifacts from the earliest years of Saudi history are exhibited at the Riyadh Museum of History and Archeology (King Saud St, Riyadh).

After Mohammed’s death in the year 632, his followers managed to conquer and spread Islam to a vast swath of territory between present-day Portugal and Pakistan in just a few decades. Despite Saudi Arabia’s spiritual importance as the home of Mecca and Medina, the territory became less politically important compared to other Islamic empires during this time period.

Most of Saudi Arabia once again fell under traditional tribal rule and the Sharif of Mecca who ruled the holy city between the 10th and early 20th centuries had to defer to the Abbasid, Egyptian, and Ottomans, who each conquered Saudi Arabia at various times over the centuries.

Saudi Arabia’s present-day royal family are descendants of Mohammad bin Saud, who established the first modern Saudi state near Riyadh in 1744 with a religious leader named Muhammad ibn Abd al-Wahhab, the founder of the strict Wahhabi branch of Sunni Islam observed in Saudi Arabia today. After Ottoman viceroy Mohammed Ali Pasha destroyed this first Saudi state in 1818, a second Saudi state was established in a much smaller area in 1824. In 1891, the Al Saud were exiled by the Al Rashid clan with whom they battled for control of the territory for decades.

The Ottoman Empire collapsed after the 1918 Arab Revolt and end of WWI. The House of Saud reclaimed Riyadh from the Al Rashid in 1902 and eventually regained control of most of their former territory by the time King Abdul-Aziz bin Saud established the present-day state of Saudi Arabia in 1932. At the time, Saudi Arabia ranked among the world’s poorest countries, but the new nation’s fortunes dramatically changed after vast Persian Gulf oil reserves were discovered just a few years later in 1938.

Saudi Arabia’s fortunes once again improved after the 1973 oil crisis and subsequent 1975 assassination of King Faisal. The country’s economic and social development increased dramatically under King Faisal’s successor, King Khalid, and Saudi Arabia developed closer ties with the United States. These closer ties have caused many conflicts between the Saudi royal family and the country’s Islamic extremists, most notably during Iran’s 1979 Islamic Revolution, the 1991 Persian Gulf War, and the September 11, 2001 terrorist attacks on the United States.

The conservative Wahhabi form of Sunni Islam practiced by most Saudis dominates every aspect of the country’s culture and daily life, from the mosque minarets which call the faithful to prayer five times each day to the complete bans on alcohol, pork, and public gatherings of non-related individuals of the opposite sex. Reading material is heavily censored and only a handful of Saudi movie theaters have reopened following a decades’ long ban.

Many Saudi tribal beliefs date even further back than Islam itself. The country’s traditional music is played with three-stringed instruments called rababah and accompanied by men who dance with rifles or swords. As Wahhabi beliefs frown on reproductions of people, Saudi visual arts are dominated by abstract and floral themes. However, many Saudis, especially the younger generation, have wholeheartedly embraced American fast food, air-conditioned shopping centers, video games, and many other worldly Western pastimes.