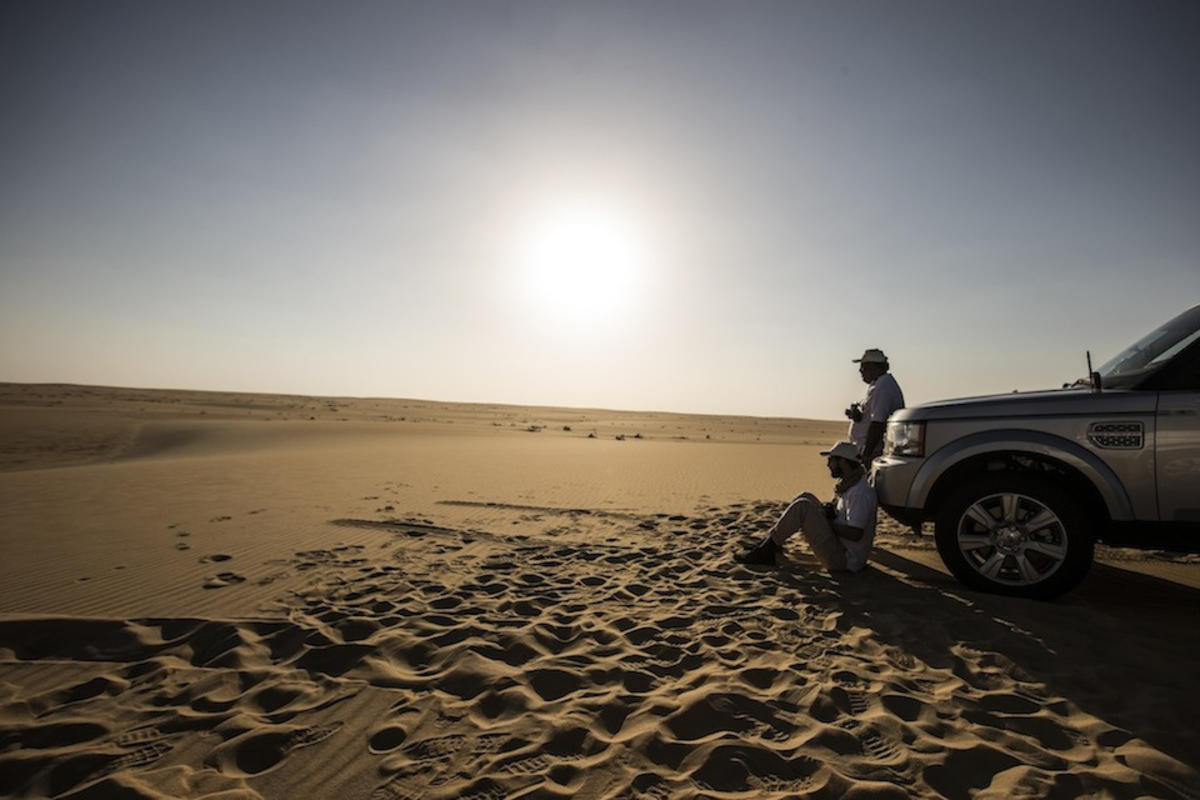 All major Saudi cities have metered taxi services, but organized taxi companies are few and far between in the country. Two well-known Saudi taxi companies, however, are Riyadh’s Sabaya International (+966 1 8122566) and Jeddah’s Al Tala’a Internationational Transportation (+966 2 6684666). Although passengers can try negotiating fares in advance, relying on meters is usually simpler and not much costlier. Solo passengers are typically expected to sit next to taxi drivers, a position which allows passengers to easily point out directions and enjoy taxi air-conditioning.

Car rental in Saudi Arabia is restricted to men 25 years old or over whose valid drivers’ licenses are accompanied by Arabic translations. Although Saudi Arabia has some of the world’s best-quality roads and cheapest fuel, the country also has one of the world’s highest automobile accident rates. Women are forbidden not only to drive, but also to travel in automobiles with men other than husbands or relatives. Non-Muslim motorists are prohibited to drive into Medina and Mecca’s holy sections and must instead turn onto the ‘Christian Bypass’ ring road bypassing Mecca.

Saudi Arabia’s main ports are Yanbu and Jeddah on the Red Sea as well as Damman on its east coast. Apart from chartered dhow vessels across both Saudi Arabia’s coasts, the country’s main ferry service runs between Duba and Hurghada, Egypt. These car ferries are fairly costly, fairly slow, and run infrequently.

Long-abandoned sentry towers and rail ties buried beneath the desert are all that remain of the Hejez Railway from Lawrence of Arabia’s time. However, Saudi Arabia still boasts the Gulf area’s only passenger rail service, which travels nearly 355 miles between Dammam and Riyadh. All Saudi Railways Organization trains are air-conditioned, offer three car classes, and free to travel for children under four.

Inner-city bus networks are few and far between in Saudi Arabia. Riyadh’s only buses are flat-fare minibuses mainly used by laborers, while most Jeddah buses are either small private vehicles with varying degrees of cleanliness or larger government-owned buses with no set schedule.

The Saudi Public Transport Company does, however, offer a comfortable, affordable, and efficient inter-city bus service across Saudi Arabia and most neighboring countries. The Saudi-Bahraini Transport Company operates five daily bus journeys across the King Fahd Causeway to Bahrain. Special VIP buses travel between both Bahrain and Dammam to Riyadh offer meals, plush seats, and fewer stops for about 50 percent more than regular bus fares.