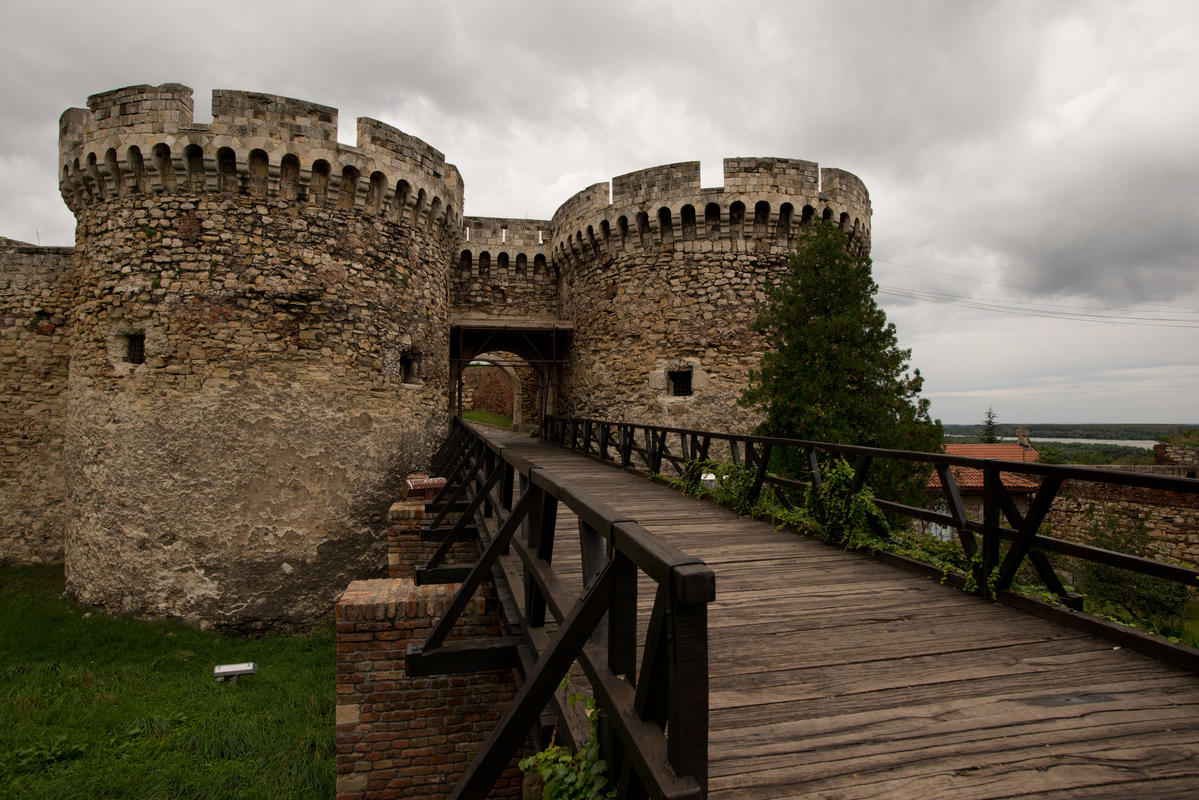 Serbia has a lot of history packed within its relatively small borders, including some of Europe’s oldest settlements and the birthplaces of no fewer than 17 Roman emperors, all of which left monuments and palaces behind. Dozens of cultures and ethnic groups have left their influence on the country, which has acted as one of Europe’s major crossroads over the centuries. Belgrade’s famous 1st century fortress has survived at least 38 fires and 60 invasions over its 2,000-year history. Another popular landmark in Serbia’s capital is the former island of Ada Ciganlija, now a popular relaxation spot for locals and visitors alike.

Belgrade’s landmark fortress was originally built as a Roman military camp during the 1st century. Visitors who look closely at the walls will notice that they contain dozens of layers, one for nearly each of the 38 fires set in Serbia’s capital over the 2,000-year history of the fortress. The Turks added outer fortifications in 1760, after which the fortress’ appearance has remained relatively unchanged. Address: Terazije 3 / V, 11000 Belgrade Phone: +381-011-26-20-685 Website: http://www.beogradskatvrdjava.co.rs/

This island-turned-peninsula on the Sava River has become Belgrade’s most popular relaxation spot, attracting up to 300,000 visitors on summer weekends. Over four miles of beaches line the manmade Sava Lake’s shores. However, Ada Ciganlija also contains most of Belgrade’s sport facilities - including those of the extreme variety – as well as tracks for walking or cycling. Ada Ciganlija also transforms into the city’s hottest beach party and concert venue after dark. Address: Ada Ciganlija 2, 11000 Belgrade Phone: +381-11-35-41-117 or +381 11 35-44-634 Website: http://www.adaciganlija.rs/

At least one full day is recommended to fully explore Fruska Gora National Park, named after its highest mountain, and frequently referred to as ‘the jewel of Serbia’ thanks to its picturesque countryside. Riesling and Traminer are just two of the wines produced from the grapes that grow on the mountains, and visitors can even harvest honey from beehives in late spring. Hiking, cycling, and rock climbing in Orlovo Bojiste are the park’s most popular activities. However, Fruska Gora’s most famous landmarks are its 35 15th and 16th century South Backa monasteries, all of which can be admired on a single guided tour. Address: Zmajev trg 1, 21208 Sremska Kamenica Phone: +381-21-463-666 Website: http://www.npfruskagora.co.rs/eng.html

The Drina River running through this western Serbia park forms part of the country’s border with Bosnia and Herzegovina. The park is named after one of its most impressive landmarks, Europe’s deepest canyon, but also contains countless forests, waterfalls, and deep caves waiting to be discovered. The Drina River Gorge is one of Serbia’s most challenging whitewater rafting spots. One of the park’s rarest trees, the pancic spruce, has grown here since pre-historic times. Address: Milenka Topalovica 3, Bajina Basta, 31250, Serbia Phone: +381-31-863-644 Website: http://www.nptara.rs/en

The healing powers of this serene five-mile long lake near Subotica have attracted affluent visitors from around the world since the 19th century. The lake’s Great Park has more than doubled in size since its original 1840 opening. Today, Lake Palic is an officially protected area filled with cycling and walking paths around its 11-mile coast. The lake’s surrounding area now contains several beaches, restaurants, hotels, sports facilities, and even a zoo. Address: Kanjiški put 17, 24000 Subotica Phone: +381-24-753-111 Website: http://www.palic.rs/en

The 58 skulls forming this tower, along the historic Constantinople Road towards Sofia, belonged to Serbian rebels Ottoman Sultan Mahmud II, ordered killed during the 1809 Battle of Čegar. Serbian commander Stevan Sinđelić killed not only himself, but also the rest of his troops and several Turkish soldiers when he deliberately fired at his gunpowder depot rather than surrender to the Turks. Hursid Pasha, the Turkish commander of Nis, ordered the dead Serbian soldiers’ heads be mounted on a tower as an ominous warning to anyone else daring to oppose the Ottoman Empire. A monument to Sinđelić, whose skull sits at the tower’s summit, stands in front of a nearby chapel. Address: General Milojka Lešjanina 14, 18000 Nis Phone: +381-18-248-189 Website: http://narodnimuzejnis.rs/

Among the most impressive of Serbia’s many Roman Empire structures is this palace and memorial complex. The construction was ordered by Emperor Caius Valerius Galerius Maximianus between the 3rd and 4th centuries. The emperor named the Felix Romuliana palace after his mother Romula. Numerous basilicas, temples, fortifications, and even hot baths are found within this UNESCO World Heritage Site and spa resort. Address: Zaječar, Eastern Serbia Phone: n/a Website: n/a