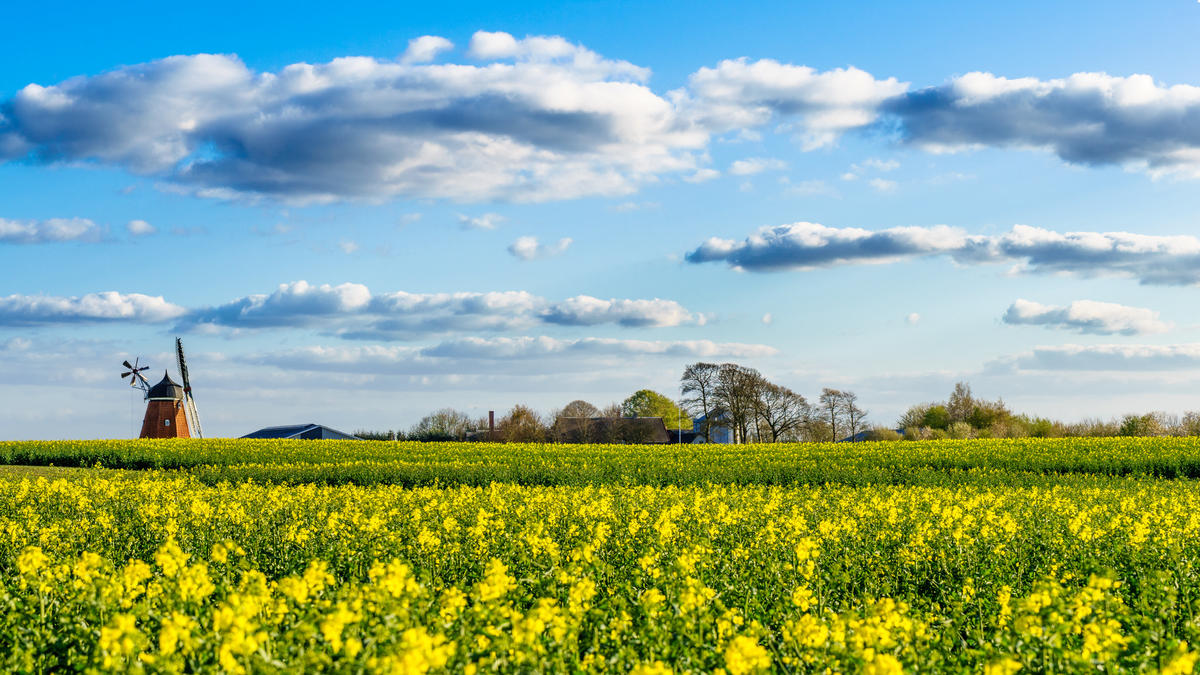 The northern European nation of Denmark is characterized by a temperate climate. The entire country takes up just a small space therefore the weather conditions in one city are generally similar to those of another place elsewhere. On average, the summer months in Denmark (June to August) are the warmest times of the year. However, days remain relatively cool with summer temperatures rarely rising above 68°F (20°C). This doesn’t stop the locals from taking a refreshing dip along the coast.

Tourists not used to cool weather may think twice about visiting in winter (October to March), when temperatures drop significantly, regularly falling to below freezing. Snow is common, usually blanketing most cities and towns throughout the country for several weeks.

Rainfall across Denmark is constant throughout the year, although there are pockets that receive higher precipitation than others. Fall usually experiences the highest measurements, while spring has the lowest. On average, between 60 and 70 mms of rain is experienced across Denmark annually.

Due to its northerly location, Denmark has great variations in daylight hours. Even though the days are mild in summer, more than 17 hours of sunlight a day is typical. The sun can arrive as early as 4:30 a.m. and set as late as 10:00 p.m allowing ample time to get your fill of sightseeing. During winter, tourists will be lucky to see seven hours of sunlight.

Like other northern European and Scandinavian nations, Denmark is best visited during the warmer months of the year. Spring (usually April to May) is an important and festive time and in late April or early May, locals begin to embrace the coming sun and Denmark livens up. However, summer (June to August) is when the high season kicks in. Plenty of outdoor adventures await travelers, and cities like Copenhagen and Roskilde open their arms with cultural and music celebrations. Accommodation, flights, and transport are more expensive during this period. An alternative to the crowds that is more budget friendly is to plan a trip in September or April, which shoulder the busy season.

The winter months tend to be cold, dark, and somewhat gloomy in Denmark, so much of the country goes into a deep hibernation during these months. Of course, there are some events in October and around Christmas that electrify things, but in general tourism is low, so accommodation and flights are at rock bottom.

Click here to learn about Festivals and Events in Denmark