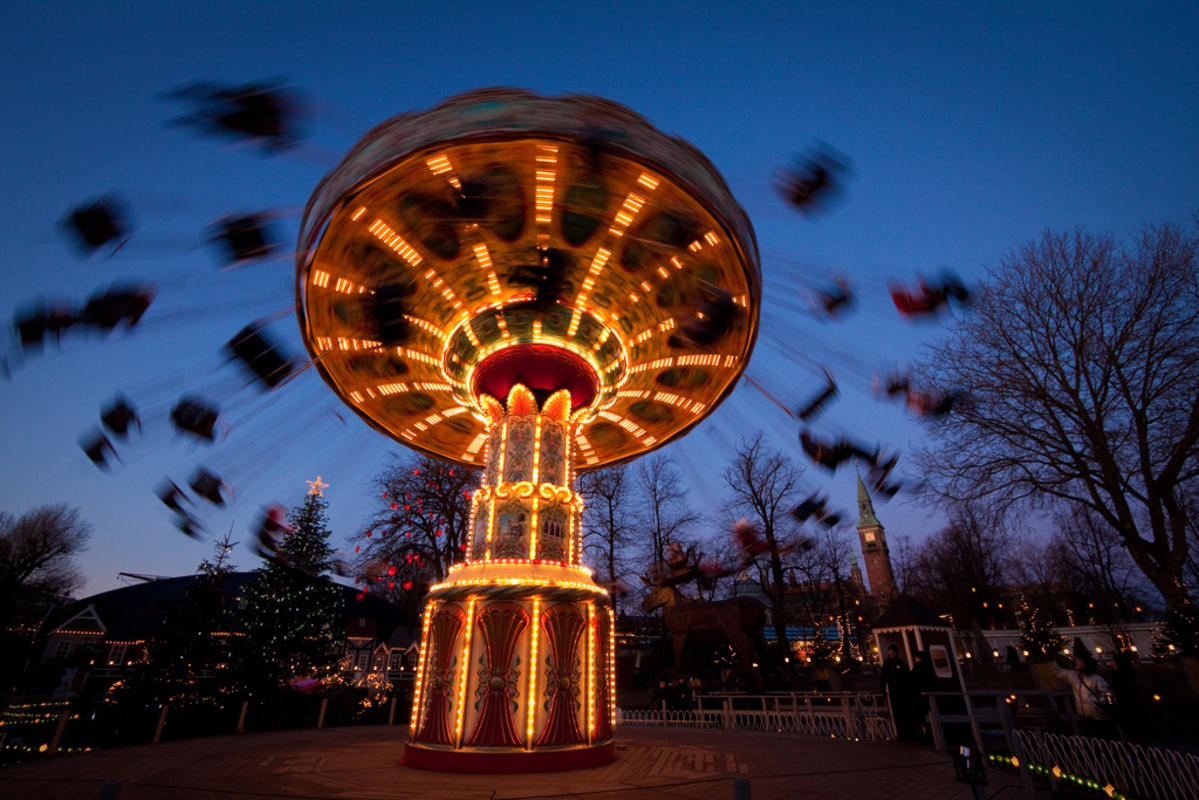 Denmark is an energetic European nation with a yearly calendar full of events. The Denmark holidays and festivals range from religious celebrations to royal commemorations and sporting spectacles. However, the music scene is held with great pride by locals, and boasts an unrivaled list of exciting music events throughout the year. The Rock Festival in Roskilde is the most anticipated celebration with the Copenhagen International Jazz Festival not far behind in popularity.

The Rock Festival in Roskilde is the largest public event in the country. More than 80,000 people flock to the city, which is headlined by more than 170 local and international bands. It is usually held in July, with all proceeds going to charity so you won’t feel bad about dropping too much dough. Roskilde is only 20 miles (35 kms) from the city of Copenhagen, so anyone in Denmark’s capital can get here in less than 30 minutes.

One of Europe’s most beautiful and inspiring times is the Copenhagen Jazz Festival, held every July. The Danish capital is picturesque enough, but with a series of concerts and performances ringing through the streets it’s downright magical and it’s no wonder so many fall in love with Denmark here.

Taking place just after the Roskilde Rock Festival in August, Skanderborg Festival is yet another exciting rock event in Denmark. The most alluring aspect (aside from the great bands) is the location. The concerts are staged alongside a lake, in the dense forests close to the city of Skanderborg.

Even though Roskilde is home to the largest concert event in Denmark, Aarhus is home to the most extensive annual festival. Lasting for about 10 days from the end of August to the beginning of September, visitors can enjoy a huge range of attractions and cultural shows, including musical performances, dance, films, cultural exhibitions, and delectable cuisine. The festivities are spread out over the entire city of Aarhus, including parks, community halls, churches, and other public buildings.

Night of Culture in Copenhagen

A truly magical experience for any epicurean or history buff, the Night of Culture in Denmark’s capital is a splendid evening that is held in mid-October. More than 300 cultural sites around the city, some of which are only open on this night, open their doors after hours, including churches, museums, and galleries.

Even though new year celebrations are held around the city of Copenhagen, tourists should make their way to Amalienborg Square. Thousands of locals and visitors gather here for the fireworks displays and a fascinating party atmosphere in full swing. The Royal Guard Parade is held in front of the square, providing insight into the Danish monarchy.

Spice up a cold winter holiday in Denmark by participating in the Winter Jazz Event. Lasting 10 days between January and February, more than four dozen spots host the event which has become so popular it now spreads across several Nordic countries.