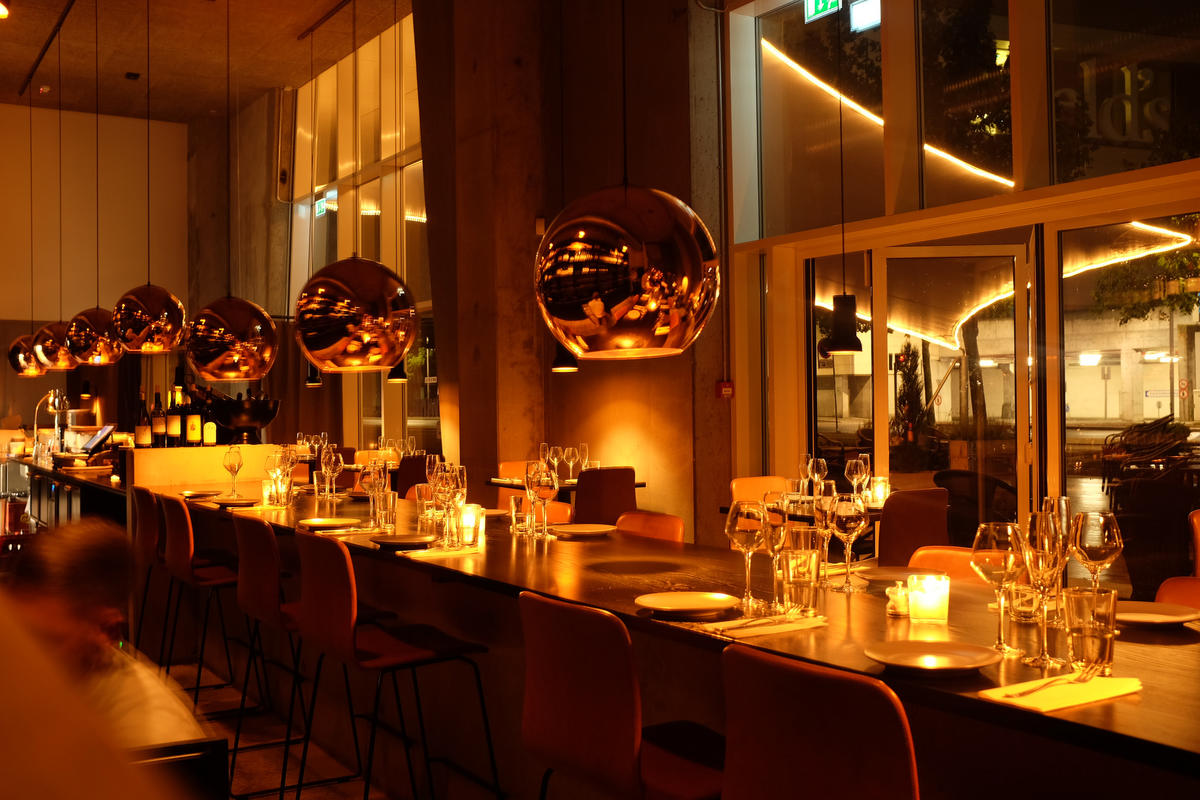 Every city and town throughout Denmark is filled with a great range of delightful dining options. Meat is the main dish in restaurants, so vegetarians may have a tough time. As a matter of fact, the Danes eat more meat than any other nationality in Europe. Cities like Copenhagen, Aarhus, and Aalborg have a long list of restaurants, some of which have been awarded a coveted Michelin star for excellence. While eating out and nightlife isn’t cheap, value for money is virtually guaranteed. Copenhagen is the center of Denmark’s night scene, but pubs and clubs can be found in other major cities, too. Beer flows freely in the country, after all this is the home of Carlsberg.

Bars and Pubbing in Denmark

Copenhagen is the premier night spot in Denmark, and one of the most renowned in Europe. Most clubs in the city open Thursday to Saturday and don’t close until around 5:00 a.m. Sankt Hans Torv is a popular square in Norrebro that is filled with drinking establishments. Districts like Vesterbro and Indre By also contain plenty of pubs, clubs, and lounges. Club Mambo (Vester Voldgade 85, Indre By, Copenhagen) boasts the best Latin dance scene in the city and K3 (Knabrostræde 3, Indre By, Copenhagen) is the premier dance spot in the central district of the capital. Rust (Guldbergsgade 8, Norrebro, Copenhagen) is the late night spot many clubbers head after the other bars close.

Aarhus is second to Copenhagen when it comes to number of bars in Denmark. The large student population creates an energetic atmosphere after the sun goes down. Clubs and pubs have different closing times, but most stay open until 3:00 a.m. or 4:00 a.m. Train (Toldbodgade 6, Aarhus) is commonly regarded as the main club in the city, but a pre-party at the Kupe annex next door shouldn’t be missed either. Fancy a free beer? The Social Club (Klostergade 34) is a memorable place boasting a happy hour until midnight. Another fascinating spot is Castenskiold (Aboulevarden 32, Aarhus), which transforms from daytime café to pumping club at night.

Aalborg is an exciting place for pubbing. Even though clubs are not really part of the night scene, visitors can still have a fantastic night out on the town and the longest street of bars in Scandinavia is located here. The Wharf (Borgergade 16, Aalborg) is a favorite drinking establishment that livens up on the weekend and is known to have the best beer in the city. The London Pub (Boulevarden 7, Aalborg) is a renowned spot, and although it can get loud on weekends, it offers the perfect place to chat with locals and expats. Pubs usually close in the early hours of the morning.

Dining and Cuisine in Denmark

It is easy to find delectable cuisine in Copenhagen, but finding great dining experiences on a budget can be a challenge. To save on eating out, seek out the pizza, sausage, and kebab stands that dot the city. The inner city boasts several Michelin-starred restaurants, and Frederiksberg also contains a number of great dining choices. Krogs Fiskerestaurant (Gammel Strand 38, Indre By, Copenhagen) is a fantastic seafood restaurant that has been operating since 1920. For a classical lunch in Denmark, head to Gammel Mont (Gammel Mont 41, Indre By, Copenhagen). In Frederiksberg, the Michelin-awarded Formel B (Vesterbrogade 182, Frederiksberg, Copenhagen) is a French-influenced establishment with an awesome array of dishes.

Like Copenhagen, the Danish city of Aarhus boasts a competitive ding scene complete with cheap kebab and pizza joints, mid-range restaurants, and a high-end cuisine. In the Stroget district, hungry visitors can fill their stomachs with food and beer at Valhalla (Alboulevarden 35, Aarhus). A one-hour buffet is offered, and patrons can pour their own beer. Danish barbecue is on the menu at Havnens Perle (Sverigesgade 1A, Aarhus) which has great views of Aarhus harbor along with tasty bbq. The aptly named Restaurant Seafood (Marselisborg Havnevej 44, Aarhus) serves up just what its name indicates.

Aalborg boasts more than 300 restaurants, so visitors have a vast choice when needing nourishment in northern Denmark. San Giovanni (Vesterbro 46, Aalborg) is a spectacular yet small Italian restaurant with divine dishes. KN Pizza and Kebab 2 (Kastetvej 56, Aalborg) is found in the center of town, and despite being a small kebab and pizza place, it has expensive and fantastic portions.

Click here to learn about Shopping and Leisure in Denmark