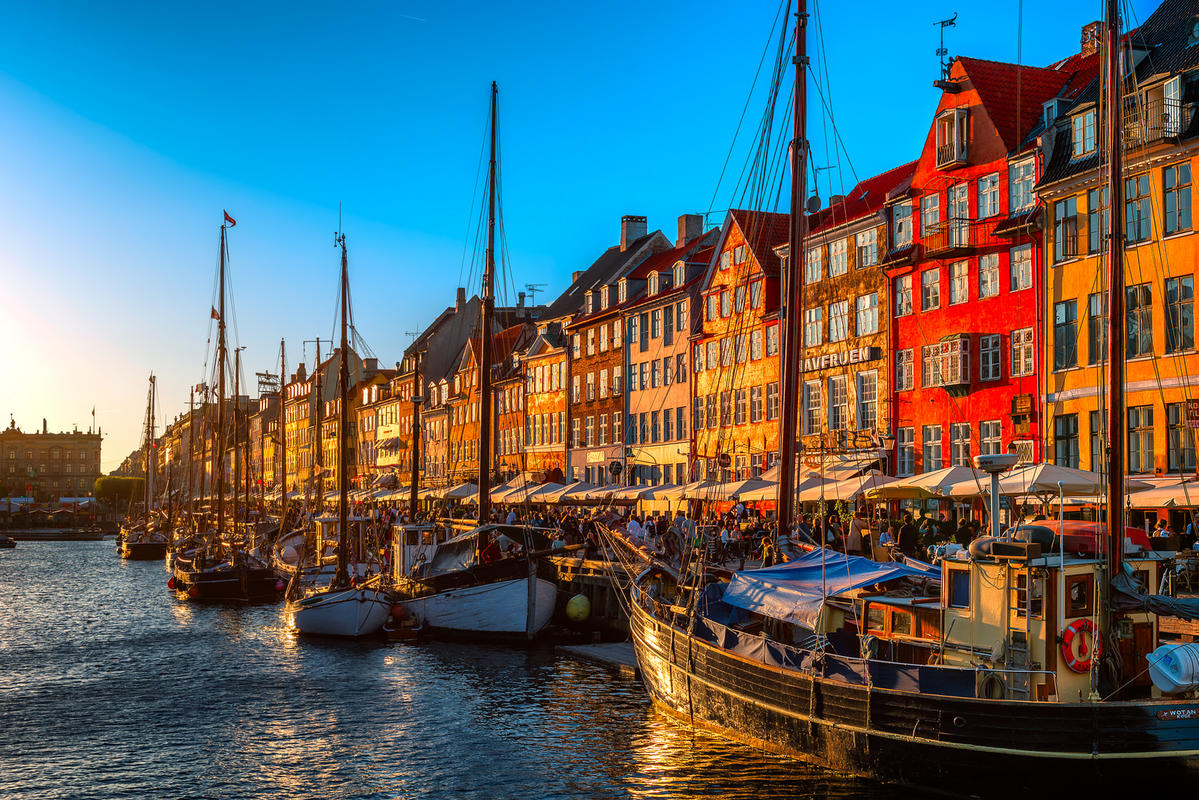 Even though the main form of transportation into Denmark is by air, visitors can also expediently reach Danish soil by rail or highway. Several trains run from Hamburg, Germany, to Copenhagen daily, and the German autobahn, Route 7/E45 (Germany/Denmark), connects with Jutland. If arriving from Scandinavia or even the UK, another option is by ferry. Getting around the country is just as easy. Air travel is the most expensive, but fastest, option, and train travel and long-distance bus routes are reasonably priced and journeys rarely take more than a few hours.

Taxis in Denmark are expensive compared to other transportation methods, but are reliable and comfortable. Many of the cabs are BMWs or Mercedes, which provide an unrivaled class of service. Codan Taxi (+45-70-25-25-25) in Copenhagen offers service 24 hours, while Aarhus Taxa (+45-89-48-48-48) is the main cab company in Aarhus. Taxi drivers in Denmark accept credit card payments, so tourists can relax if the meter runs higher than the amount of cash in their wallet. Traveling between cities is easy with car rental in Denmark. Most major companies are found at airports and train stations. Renting a car can be expensive, yet the roads are well-maintained, with traffic congestion only a problem in Copenhagen, Aarhus, and a handful of other large cities.

Many tourists use Denmark’s ferry network while holidaying in the country as it is the only way to reach the outlying islands. In addition, some routes between or even within cities are faster by boat than by rail or road. Bornholm to Ystad is a busy ferry connection that operates several times a day. More than 50 domestic routes are available, with companies like Nordic Ferry leading the way.

The cheapest form of public transportation is by bus. Large cities like Copenhagen boast an extensive network, but unlike other cities Denmark operates buses which do not run on a set time frame. Instead, they generally reach stations every two to six minutes so you will never be waiting long. There are several types of buses, including express buses with limited stops.

Inter-city bus travel is quick and painless. Companies like Abildskou offer reputable services, making journeys between major destinations. Most routes run between Jutland and the nation’s capital and buying tickets in advance is recommended and could lead to discounts.

Much of Denmark’s railway network is operated by Danish State Railway. Visitors can use Euro Rail passes when traveling via railway. Denmark’s trains are renowned for their high-end comforts and modern design, but these amenities come at a cost.