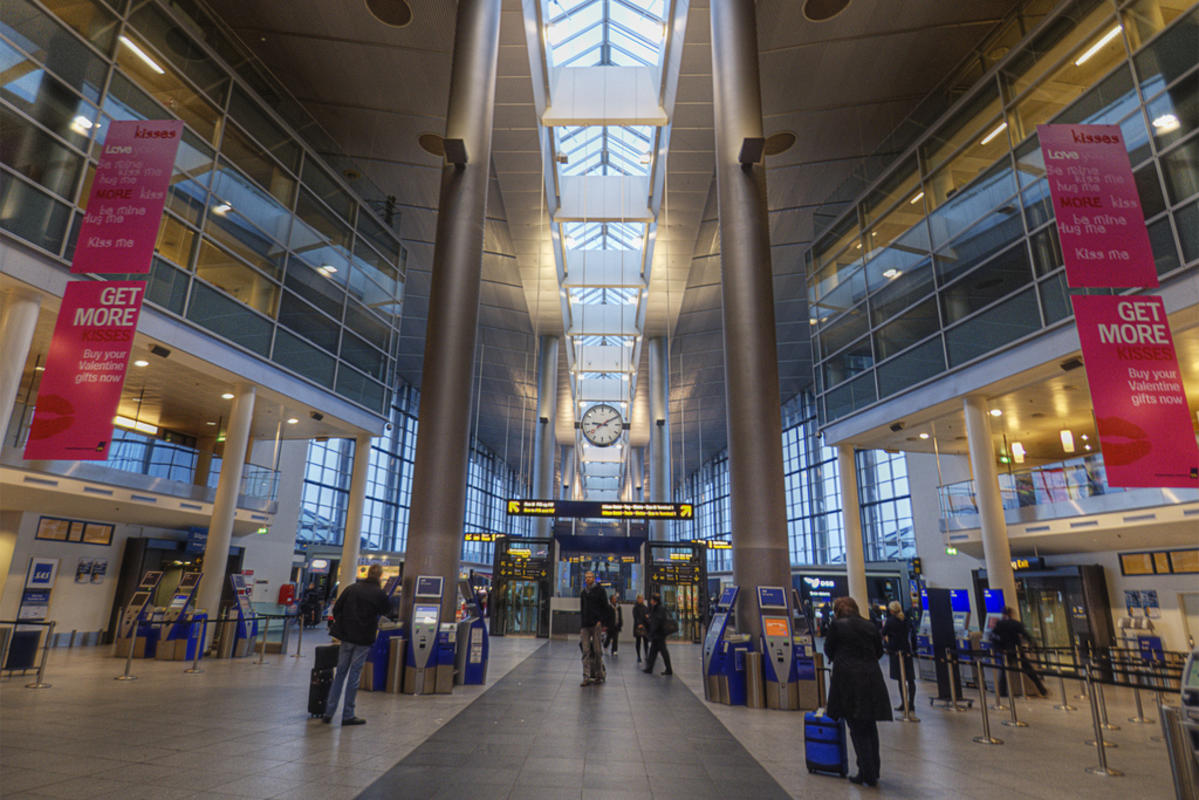 Denmark is the gateway into Scandinavia, with one large international airport and several smaller ones. Copenhagen International Airport is the primary port of entry into the country, but Jutland’s Billund Airport is also increasing in importance. Air facilities are also located in Aalborg and Aarhus, not to mention several other smaller towns. From these cities and regions, further connections can be made by road or ferry.

Located less than six miles (10 kms) from the heart of Copenhagen, Denmark, Scandinavia’s busiest international airport is also one of Europe’s oldest airports. About 23 million passengers pass through the gates at Copenhagen International Airport per annum, with more than 90 percent of these originating from an international destination. Over 250,000 yearly aircraft movements carry passengers to and from the airport with the busiest routes being to London, Stockholm, and Oslo.

There are four terminals operating at the airport, although there is a new one being added that is currently under construction. Denmark domestic flights are handled through Terminal 1, while Schengen and non-Schengen international flights are shared between terminals 2 and 3. The fourth terminal is a budget airline terminal, commonly called CPH Go. Only easyJet uses this area at present. Scandinavian Airlines flies from Terminal 3 to dozens of destinations across the globe, while Norwegian Air Shuttle mostly flies out of Terminal 2 with some domestic cities served from Terminal 1.

All operating terminals boast a good selection of restaurants and cafés, plus many convenient services for patrons including banking, payphones, wheelchair access, and shopping. Terminal 3 sits above the underground train station at the airport, which connects the facility to the Oresund Railway Line. In addition, rail connections can be made via Line M2 of Copenhagen’s Metro and the E20 motorway provides quick access from the airport to downtown Copenhagen or those using public buses or car rental, both of which are available at the facility.

The most important gateway into the Jutland region of Denmark is Billund Airport. Mainly a busy cargo hub for Denmark and Europe, about three million passengers a year are also handled at the airport, making Billund the second-busiest airport. Many travelers use Billund for its close proximity to Legoland.

There is a single terminal in operation with only one 1.8-mile long runway adjacent to the building. Scandinavian Airlines, British Airways, and Air France are some of the large carriers serving the airport. Low-cost airline Ryanair boasts busy schedules here. Cafés and restaurants are found within the terminal, plus a range of other services including ATMs, information booths, restrooms, internet access, and shops.

Airport buses can be used to reach the downtown area of Billund or other towns like Vejle and Kolding. There are more than half a dozen bus services from the airport. Car rental is another great option, as many companies can be found in the Arrivals hall. Parking is available at the facility.