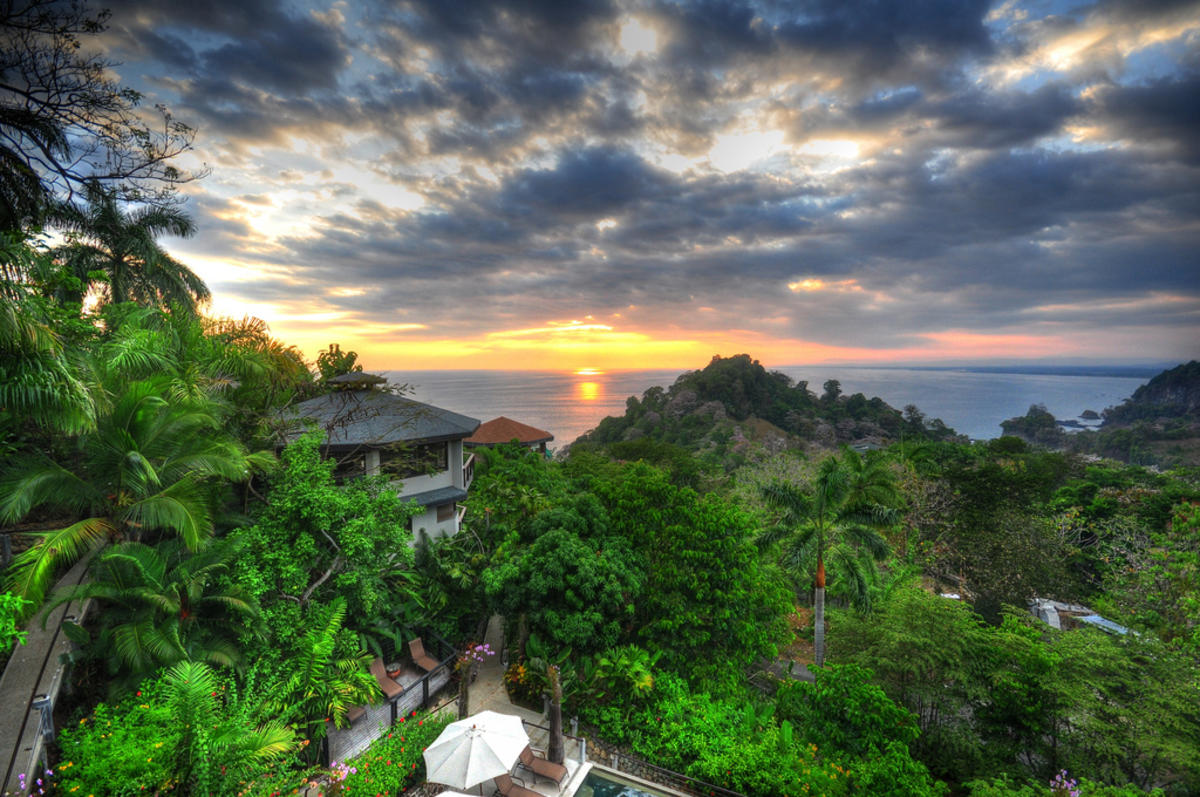 The tropical climate of Costa Rica means that temperatures remain fairly constant year round. The rainy “winter” season runs from May to November, which is also the hurricane period in the Caribbean/ Atlantic Ocean. This is followed by a dry summer from December to April, although it can rain virtually any time of the year. September is the wettest month, averaging 13 inches of precipitation.

March and April are the hottest months, with daily highs averaging 82°F, while September to December remains around 78°F. Coastal weather is warmer, about 89°F and the temperature drops as the altitude increases. The Central Valley, where most Costa Ricans live, enjoys a perpetual spring-time climate around 68°F. The coastal area sees 81°F, dropping to 50°F in the high mountains.

The consistent temperatures in Costa Rica make it a pleasant destination any time of year if you don’t mind a bit of rain. November to April is the peak season and when the majority of the colorful festivals take place. As a result, it is the most expensive time to visit, especially around Christmas or Easter when many locals travel domestically, as well.

November is a good month for hiking or visiting the beaches as the temperatures are mild to warm, the rain subsides, and the prices are not yet at their highest. Those coming to see the Arenal Volcano may prefer April or May, when there is less chance of it being obscured by cloud cover. These months are also the prime time to spot leatherback turtles, while green turtles are more likely to be seen in August or September.

Cost Rica offers surfing all year round, with the waves being the best on the Pacific side from June to October, and on the Caribbean from November through May. September should be avoided as this is when Costa Rica is at its rainiest and tropical storms are likely, although rock bottom prices may be tempting.

Click here to learn about Festivals and Events in Costa Rica