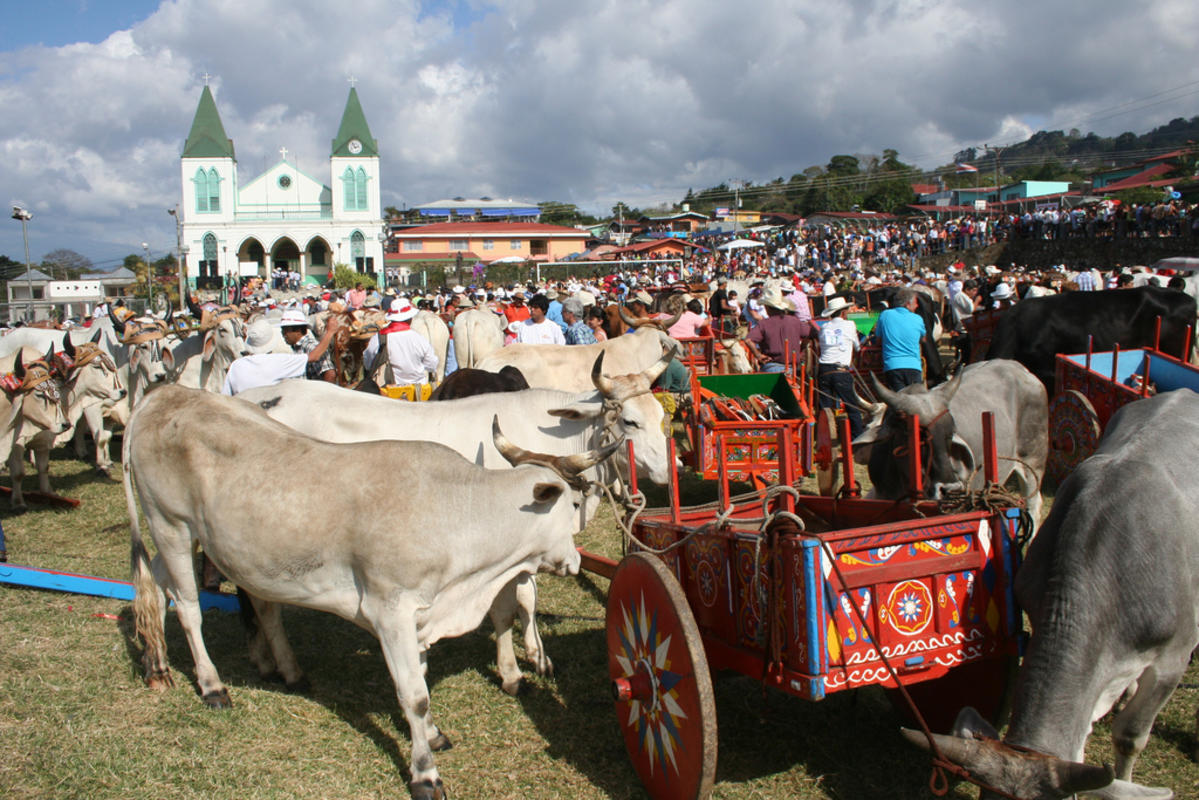 Largely an agricultural and Catholic nation, many Costa Rica holidays revolve around the farming and the religious calendar. Their rich past and tribal culture also plays a part, with several occasions marking remembrance of historical events in various regions throughout the year.

Since 1992, the Department of Culture and Youth of Costa Rica has organized the International Arts Festivals for two-week in March. Celebrating diversity, the event is based mainly in San Jose’s La Sabana metropolitan park, but takes place in several locations across the nation and features plays, street theater, pop and folk music, modern dance, and many other forms of live entertainment for children and adults alike.

Semanta Santa is the Christian Holy Week that takes place in late March or early April each year characterized by public holidays, parades, processions depicting the crucifixion, and religious services across the nation. Many cities are all but closed down from Thursday through Sunday, when many locals head to the beach to recharge.

National hero Juan Santamaria was a poor Costa Rican who joined the army as a drummer boy in the battle against American William Walker’s attempts to conquer the nation in 1856. Santamaria is remembered for dying as he set fire to a hostel harboring the enemy. April 11 is a public holiday celebrating their victory with parades, marching bands, concerts, food, and dancing.

May 1 is Dia de los Trabajadores, or Workers’ Day, a public holiday which sees the president delivery his annual address. There are parades full of marching trade union workers and many communities enjoy the day off with picnics, games and sports matches.

A public holiday held annually on August 2, Virgen de Los Angeles Day honors the nation’s patron saint. There was a mass pilgrimage to celebrate the appearance of the miracle-worker in 1635 at the spot where she is still housed, the Basílica de Nuestra Señora de los Ángeles in Cartago. The church was built on the site where the statue was found.

Independence Day, September 15, is an important national holiday. The main feature is the Freedom Torch relay, with a torch carried by students across the entire Central American isthmus, from Guatemala to Cartago, Costa Rica. Residents sing the national anthem, while children parade through the streets playing instruments and carrying light poles. The following day features parades of school children in uniforms or traditional dress, dancing, singing and playing music. Food stalls line the streets and many public spaces have free folk music, dancing or other live entertainment.

Christmas in Costa Rica is an exciting time when homes and businesses display unique nativity scenes, many participating in the competition for the best one. Caroling takes place on December 15 and churches conduct Midnight Mass on December 24. Christmas Day sees families feasting and heading to the beach. San Jose fairground transforms into an amusement park from December 25 to New Year’s Eve, becoming a center for celebrations with rides, bullfights and fireworks.

New Year’s Day is a family-oriented holiday although there are also club parties on New Year’s Eve. It is a time for food, fun and superstitions. Some locals wear yellow, while others walk around the block with a packed bag to attract travel. One tradition is to eat a single grape at the stroke of midnight for good luck. Most regions welcome the new year with music, dancing and fireworks.