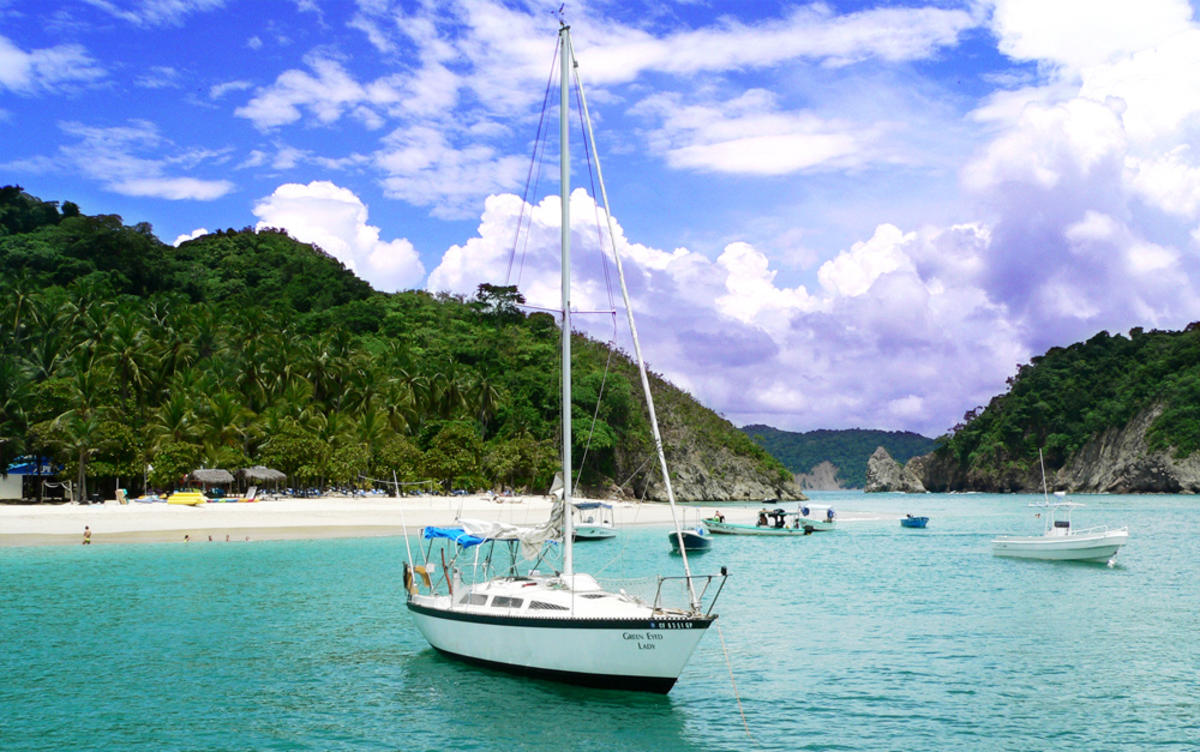 Licensed taxis in Costa Rica are painted red with a yellow triangle on the door and a number that matches the license plate. Cabs often wait outside popular attractions or can be reserved over the phone. In San Jose Coopetaxi (+506-2-235-9966) and Coopetic (+506-2-224-7979) are two well-known firms. Make sure the meter is on from the start (and hasn’t already been running for awhile, there will be charge for the flagpull, but it should be small). Travelers, particularly females, should sit in the back. Do not ride in unlicensed taxis as they are not safe. The orange San Jose Airport taxis (http://www.taxiaeropuerto.com/) can be caught either from the airport stand or pre-booked online.

Car rental in Costa Rica offers the advantage of access to secluded beaches and places not well served by public transportation. You must be over the age of 21 and hold a valid license, credit card and passport. Pre-booking over the internet is recommended, although most international car rental companies have a presence in the major tourist centers and airports. Road signage is generally poor and unreliable, a problem which is compounded by the fact there are no formal street addresses in Costa Rica. The roads are good in large towns, but deteriorate rapidly in rural areas, with many only accessible by four-wheel drive. Many of the passes are very mountainous too, so be comfortable driving through twists and turns, especially during rainy season. It’s a good idea to get car insurance to avoid any potential incidents.

Is it possible and cheap to get to Los Chiles in northeast Costa Rica by boat from San Carlos, Nicaragua. Alternatively, there are regular mini-cruises between Costa Rica and Panama which take in the beaches and the popular Manuel Antonio National Park. These cruises can be costly, but are a great way to see the lesser-known parts of the country. Large cruise ships from Caribbean and American ports dock at Porto Caldera and Puntarenas in Costa Rica.

Costa Rica has a limited rail network which mostly comprises a commuter train in San Jose run by Incofer. Regular routes include San Jose to Heredia, Pavas, Curridabat, San Pedro Universidad Latina, and Belen. There is a special weekend service linking Curridabat and Heredia to the National Stadium in La Sábana. The Tico Train Tour is a weekend tourist rail from San Jose to Caldera operated by American Travel. There is also a two-hour scenic ride in Monteverde that takes passengers through the cloud forests on a replica steam engine.

Buses are the most common, most efficient and most affordable way to get around Costa Rica. The best approach is to buy a ticket at the terminal the day before travel. Take a phrasebook because station staff rarely speaks English. Be aware that buses can be booked up and crowded around Christmas and Easter. More expensive and more comfortable bus tours can be booked through Interbus or Grayline coach companies, which also operate out of the main terminals in large towns. Tourists using buses should be aware of the possibility of theft and keep a close eye on their luggage and personal items.

Click here to learn about Airports in Costa Rica