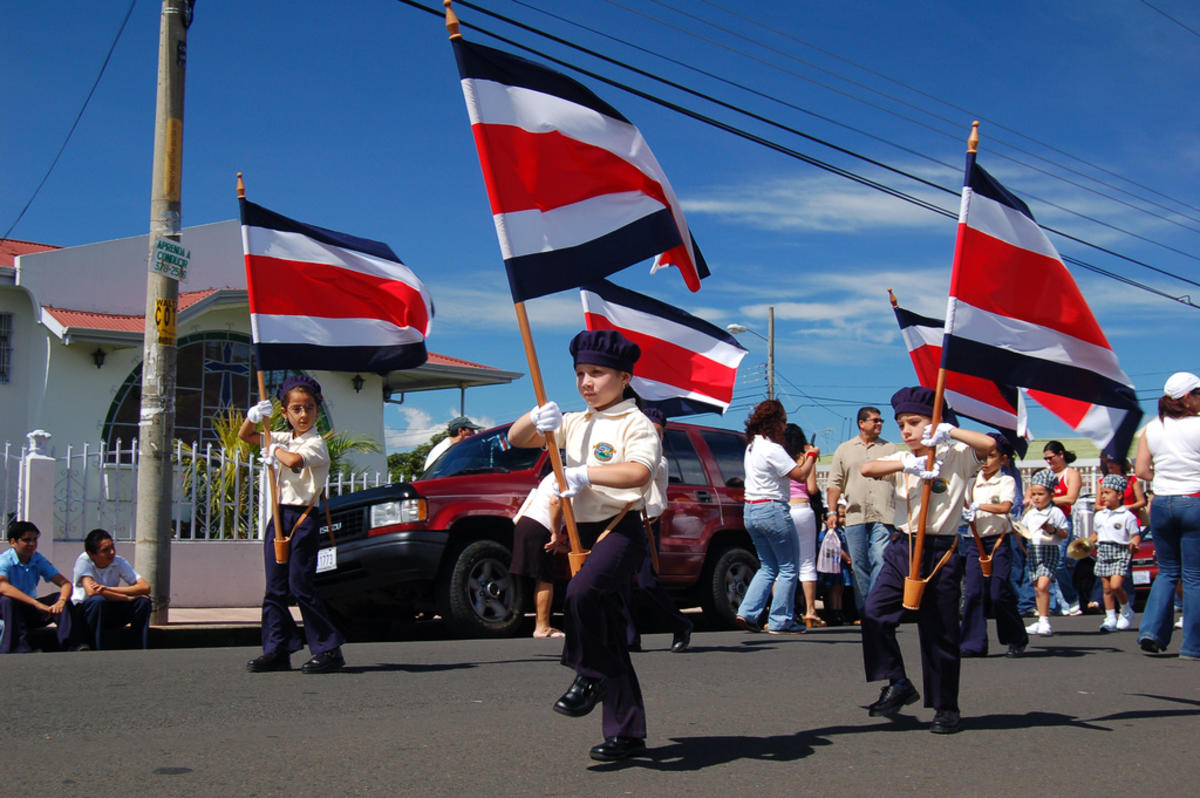 Costa Ricans speak Spanish and are largely Catholic as a result of their colonization in the 1500s. However, there were a variety of pre-existing Native American groups before the arrival of Europeans, and many traditions, recipes, artistic and musical styles have been retained over time to create a blended culture that is a rich and interesting mix of influences.

Costa Rica was first populated by various indigenous tribes who were absorbed into the Spanish colonial society in the 1500s. During this time, the country was a largely autonomous province of the Captaincy General of Guatemala under the Viceroyalty of New Spain (Mexico).

Trade restrictions and a lack of exploitable mineral or indigenous human resources made Costa Rica one of the poorer, more isolated, and under-populated regions of the Spanish Empire, where settlers largely had to work their own land. For these reasons, Costa Rica was largely ignored by the Spainish and left to develop their own rural democracy without oppressed indigenous classes.

When the Spanish were defeated in the Mexican War of Independence in 1821, Guatemalan authorities claimed independence for all of Central America, including Costa Rica, who had joined the First Mexican Empire that later collapsed in 1823 to be replaced by the Federal Republic of America in 1839. Costa Rica, a largely overlooked province, remained untouched by the various civil wars of the time.

Costa Rica formally withdrew from the defunct republic in 1838 and declared independence. Coffee plantations were established in the early 19th century, with the first shipments to Europe made in 1843, heralding the start of their first major export industry. Coffee remained the number one source of income for the next century, prompting the development of transportation infrastructure. Immigrants who worked on the railway, completed in 1890, settled in Costa Rica, some with land grants which were used to produce bananas in quantities to rival coffee as the main export. This allowed foreign fruit companies to gain a large role in the nation’s economy.

General Federico Tinoco Granados took power in 1917 with an unpopular and violent military dictatorship. He was overthrown in 1919, prompting a decline in the size, wealth and power of Costa Rica’s military. An armed uprising led by Jose Figueres Ferrer in 1948 followed a disputed presidential election. The successful rebels formed a government junta which abolished the army and supervised the democratically elected assembly’s drafting of a new constitution. In 1949, the junta handed power to the new government and 13 peaceful and transparent elections have taken place since.

Costa Rica is situated at what was once the crossroads between Mesoamerican and South American cultures, on a landmass ranging from lowland coasts to jungle and mountains. The Spanish colonized the country in the 16th century, imposing the Spanish language and Catholic religion on the people. The festivals and practices of the indigenous tribes had synergies with the religious calendar, which means that, while the major holidays and events are still Christian, many elements and rituals date back to much earlier times.

The Costa Rican culture is an interesting blend of Native American, Spanish and, since the 17th and 18th centuries, African influences, as the Atlantic coast was populated by workers during that period. The resulting national identity is colorful, sincere, and multifaceted, with a delicious cuisine and an affinity for music and dance.

Click here to learn about Weather in Costa Rica