Costa Rica — Things to Do 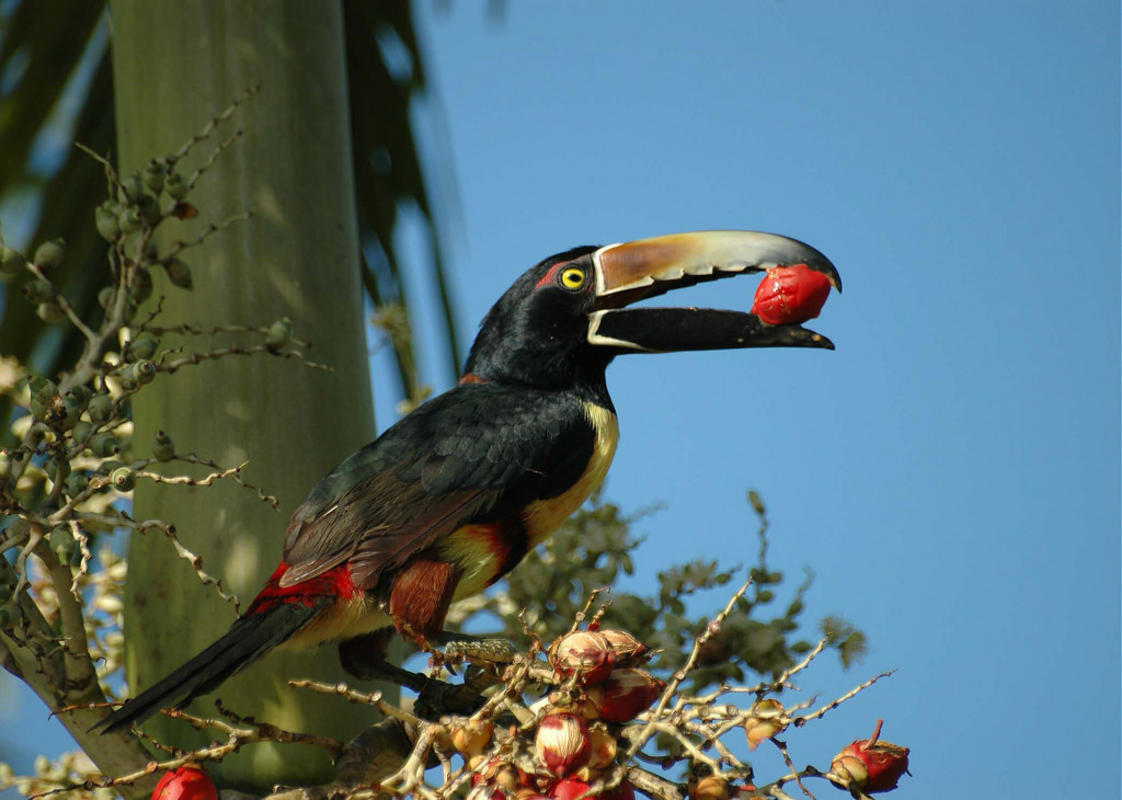 Nature is one of the main draws to Costa Rica, and from wildlife to jungle, wonders such as volcanoes add up to spectacular venues for exploration and things to do like hiking, snorkeling and horseback riding.

Visitors will not want to miss the turtles come ashore to lay eggs along the pristine beaches of Costa Rica’s national parks. There are plenty of thrills for adventures-seekers, whether it’s flying through the forest on a zip-line, rushing along rapids in a raft or taking on some big surf along either of the two coasts.

Costa Rica’s extensive coastlines offer some of South America’s loveliest beaches. On the Caribbean side, a day with Willie’s Tours takes in the golden sands and rocky headlands of Playa Blanca beach at Cahuita National Park, which is great for sunbathing or snorkeling. On the Pacific end, the Nicoya Peninsula has great beaches, particularly the famous white-sands of Playa Flamingo. Viator offers day trips through Tortuguero National Park.

A novel way to explore the canopies of Costa Rica’s jungles and forests is by zip-line, where visitors get a “monkey’s-eye” view of the land by flying through the forest along wires that stretch from platform to platform. Many places offer the tours including Pinilla Canopy Tour in Tamarindo, where guests can get close to nature without interfering with the habitat. The Hotel Vista Golfo in Tajo Alto has a canopy tour featuring 11 waterfalls. Monteverde Nature Reserve is another popular zip-lining spot.

The multitude of quality surf breaks around Cost Rica has earned it the title of the “Hawaii of Latin American.” Surfing is possible on both the Caribbean and Pacific sides of the country. On the former, Playa Cocles has good waves for beginners, while Puerto Viejo has Costa Rica’s biggest thrills. Cabins El Tesoro Hotel offers lessons for beginners. Tamarindo on the Nicoya Peninsular is the surfing capital, with dozens of schools such asWitch’s Rock Surf Camp which provides gear rental and packages. Domincal, a six hour drive from San Jose, also has good surf.

Hiking is popular in Costa Rica, mainly due to the wide variety of natural landscapes. Rincón de la Vieja National Park is one of the better known destinations with trails that incorporate lakes, waterfalls, forests, and volcanic craters, including the popular 6.5-mile trip to the Blue Lake and Cangrejo Falls. The routes that criss-cross the 100 acres of pristine rainforest at El Silencio Mirador nature reserve showcase old growth ceiba, gaurumo and trumpet trees. Anywhere Costa Rica offers packages to hike the area, including a day trek to El Mirador lookout, which has spectacular views of the nearby Arenal Volcano. Alternatively, Costa Rica Extreme Adventure Hiking Tours offers packages tailored to suit any ability level and interest.

Rivers such as the Rio Toro and Pacuare offer spectacular white water rafting, particularly for advanced paddlers who can handle class IV and V rapids. Rios Tropicales is one of the better known outfitters that offers daytrips for all abilities on the Pacuare, Reventazon and Sarapiqui rivers.

Costa Rica’s proud horseback riding tradition translates into plenty of opportunities for visitors to saddle up and see the countryside. Puerto Viejo-based Caribe Horse Riding Club Day Tours lets visitors live their dream of riding a horse along the jungle-lined beaches of Playa Grande. Monteverde is another area to enjoy the day exploring cloud forests, banana and coffee plantations with trips led by Sabine’s Smiling Horses. Alternatively, the Rancho La Merced National Wildlife Refuge has forest, pastures, beaches, and mangroves by the Morete River on the Pacific coast, near Punta Uvita, which can all be seen on horseback.

Click here to learn about Attractions in Costa Rica