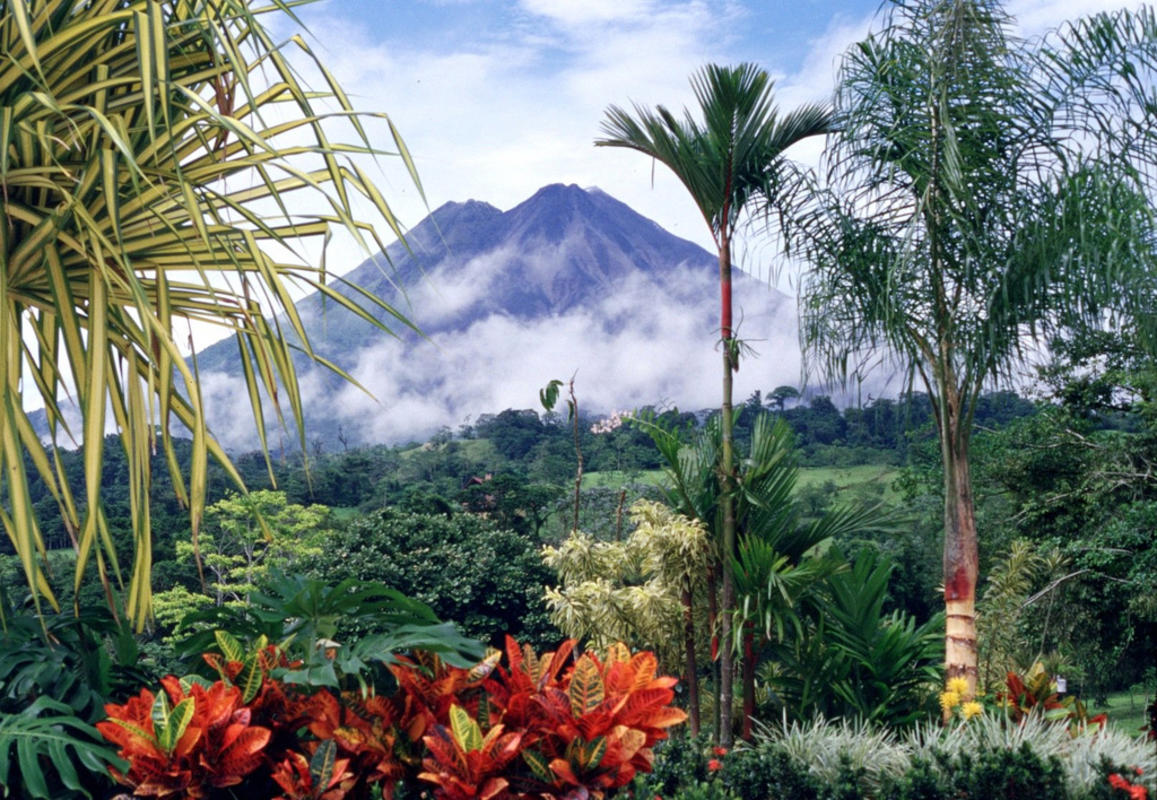 Costa Rica’s nature parks are the main attraction to this eco-conscious country, hosting thousands of unique plants, animals, insects, and birds from manatee and turtles to orchids and toucans. Whether by hiking, cable car, suspension bridge or zip-line, visitors must see the mysterious cloud forests, which boast an astonishing array of wildlife, including the famous quetzal bird. Costa Rica also has an interesting indigenous and colonial history which is best understood through one of the museums or a coffee plantation tour.

Tortuguero National Park is best known for its loggerhead, hawksbill, green sea, and leatherback marine turtles that breed on its beaches each year. However, the coastal rainforests and waters are home to many more species of wildlife, including manatees, sloths, howler monkeys, iguanas, tapirs, ocelots, jaguars, river otters, macaws, toucans, and fish-eating bulldog bats. Besides nature spotting, snorkeling, diving, camping, canal cruises, and hiking are the most popular park activities. Access to the park is by canal (boats depart morning only) from the Bay of Moin, near Limon city. The park has three visitor stations which are open from 8:00 a.m. to 4:00 p.m. Address: Tortuguero National Park, Limon Province Phone: NA Website: http://www.costarica-nationalparks.com/tortugueron...

Located 80 miles north of San Jose, Arenal National Park is home to the conical 5,357-foot high Arenal Volcano, the most active in Costa Rica. Most visitors stay at the nearby La Fortuna de San Carlos village, which is famous for its hot springs. The volcano is often obscured by clouds so visit at night if you can to see the glow of the lava flow. The park has several short hiking trails, a hanging bridge walk, pristine cloud forests and rainforests, the beautiful La Fortuna Waterfall, Arenal Lake, a second (dormant) volcano, and the 3,740 foot Chato, which has a mirror-like lake in its crater. Address: La Fortuna de San Carlos, Arenal National Park Phone: NA Website: http://www.costarica-nationalparks.com/arenalnatio...

Corcovado National Park is a massive reserve located on the Osa Peninsula, which is home to about one-quarter of Costa Rica’s plantlife. Three rivers flow through the forests to the sea and the diverse landscape is home to a range of fascinating animals, including dolphins, scarlet macaws, tapirs, giant anteaters, huge harpy eagles, hermit crabs, and the raccoon-like, white-nosed coati. Travelers who make the hard day’s hike from Bahia Drake or Puerto Jiminez to stay a few days in Sirena, the center of the park, will be rewarded with natural wonders away from the crowds. The four visitor stations each offer modest accommodation or camping facilities. Address: Sirena, Corcovado National Park, Oso Peninsula Phone: NA Website: http://www.costarica-nationalparks.com/corcovadona...

The mysterious mist-shrouded Monteverde Cloud Forest Reserve is located in the Cordillera de Tilarán mountain range, near the towns of Santa Elena and Monteverde. The 26,000-acre reserve consists of old growth forests with huge biodiversity. Besides the largest number of orchid species in one place, the area is also home to thousands of types of plants and insects, and 620 kinds of animals including birds, reptiles and amphibians, including quetzals, Costa Rica’s famous Mayan bird of paradise. A bus runs twice a day from Monteverde to the Nature Center and Butterfly Gardens, where an hour-long tour includes close-ups of creatures such as rhinoceros beetles, tarantulas and giant caterpillars. There are several ways to see the cloud forest, either by hiking, traversing the hanging bridge, zip-lining, or taking the sky tram. Address: Monteverde Cloud Forest, Santa Elena Phone: NA Website: NA

No trip to Costa Rica would be complete without a plantation tour where visitors get to see how coffee is grown and processed, and to taste the local produce. Doka Estate is located in Sabanilla, the self-proclaimed coffee capital of the country. Visitors can walk through the fields observing the sorting, drying and roasting facilities, including one of the oldest humid processing plants in the world. Besides equipment, the estate also has a sugar mill, a butterfly garden and a bonsai and orchid exhibition. Address: Doka Estate, Sabanilla, Alajuela Phone: +506-2-449-5152 Website: https://dokaestate.com/coffee-tour/

Costa Rica’s National Museum is in the castle-like former barracks of the army, which was disbanded in 1948. It displays objects illustrating their colonial and pre-Columbian history, archeology and geology. One highlight is the huge rock spheres created by indigenous peoples around 100 AD, rediscovered in the Gulfito region’s rainforest in 1948. The museum also has a collection of ancient petro glyphs of animals and mythic beings, intricate gold statues, jewelry, and carved jade from around 600 BC. It is open from Tuesday to Sunday from 9:00 a.m. until 4:30 p.m. Address: East side of Plaza de la Democracia, Calle 17 between Avenida Central and Segunda, Cuesta de Moras, San Jose, Costa Rica Phone: +506-2-257-1433 Website: http://www.museocostarica.go.cr/

Plaza of the Culture

Frequented by tourists, pigeons, students, and artists, the Plaza of the Culture (Plaza de la Cultura) is the cultural heart of San Jose, known for its grand colonial buildings and the street vendors who ply their trade on the square. The plaza hosts festivals and events, and holds the jewel of the district, the National Theatre (Teatro Nacional), built in the late 1800’s with coffee tax money. In the front of the impressive edifice are statues of 17th century Spanish playwright Calderon de la Barca and composer Ludwig van Beethoven. The underground Gold Museum (Museo d’Oro) and the country’s oldest hotel, Hotel Costa Rica, are also located on the square. Address: Plaza de la Cultura, San Jose, Phone: NA Website: NA

Click here to learn about Food and Restaurants in Costa Rica