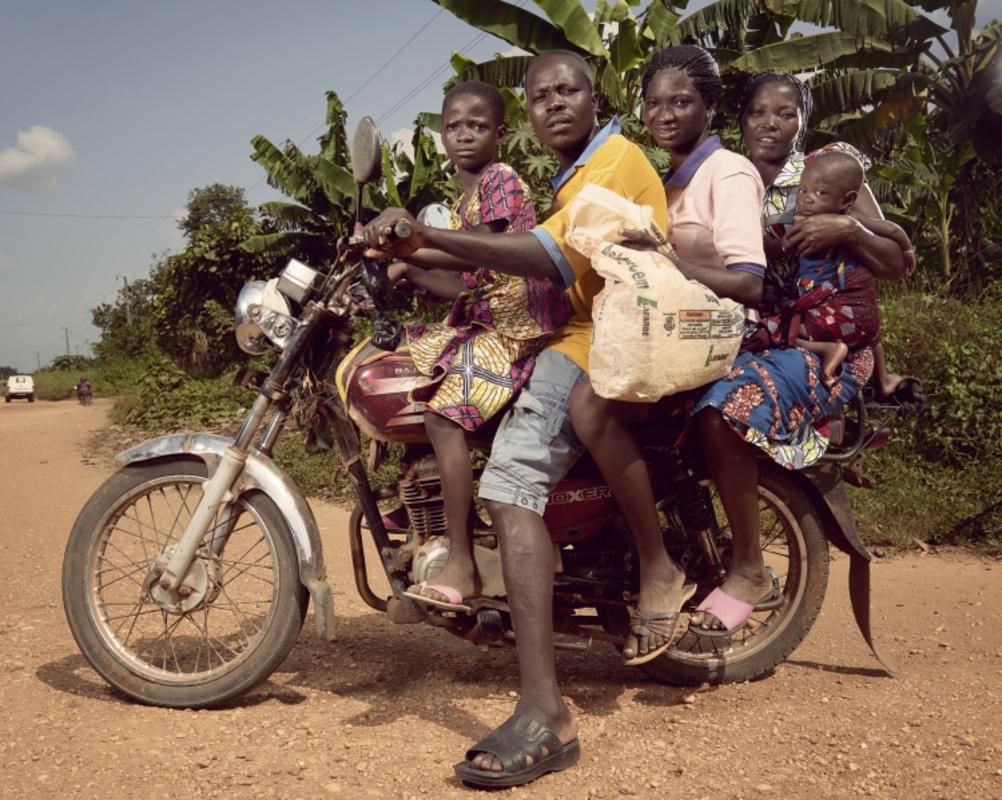 Bush taxis are an efficient way to navigate most cities in Benin. They are not, however, the most comfortable or most reasonably priced form of transportation. There are no fixed departure times – drivers wait until the taxi has reached capacity – nor are there any fixed prices so these need to be negotiated before getting in. The rides are flexible, as passengers can get off at any point, and are generally faster than the bus system. Cabs can be flagged down from the side of the road, but they also tend to wait at local bus stations.

Another way of navigating Benin is by motorcycle. Motorcycle taxis are available throughout most areas and can be flagged down. Drivers can be identified by their matching colored shirts, which differ from city to city and each must have an ID. Like the bush taxis, motorcycle prices are negotiable. Visitors should be aware that drinking and driving is prevalent and should take caution when deciding which driver to choose.

Most of the international car rental agencies, including Europcar, Hertz, and Avis, are present at the international airport in Cotonou. Traffic in the major cites is chaotic, with most drivers ignoring the rules of the road. Further, during the rainy season, many of the roads in outlying areas can become flooded and driving conditions may become dangerous. Visitors are therefore advised to rent a car with a local driver.

The train network is run by L’Organisation Commune Benin-Niger des Chemins de Fer et Transports (+229-21-322-206) and has routes from Cotonou to Parakou. The train is much slower than other forms of public transportation, but is more scenic and comfortable. Trains depart from Cotonou three times a week, with both first and second class tickets available.

The bus system is equally reliable, with the main carrier being Confort Lines (+229-21-325-815). Confort Lines operates a number of routes in the country, stopping in at all the major centers, including Porto Novo, Parakou, Natitingoua, and Malanville. The buses are comfortable and on long journeys, refreshments are generally served. Buses can be taken daily and are efficient and on time. Prices are reasonable and non-negotiable.